The junta’s ‘True News’ information service was was kicked off the platform Sunday as the social media company accused it of inciting violence.

Security forces in the country have steadily increased violence against a massive and largely peaceful civil disobedience campaign. 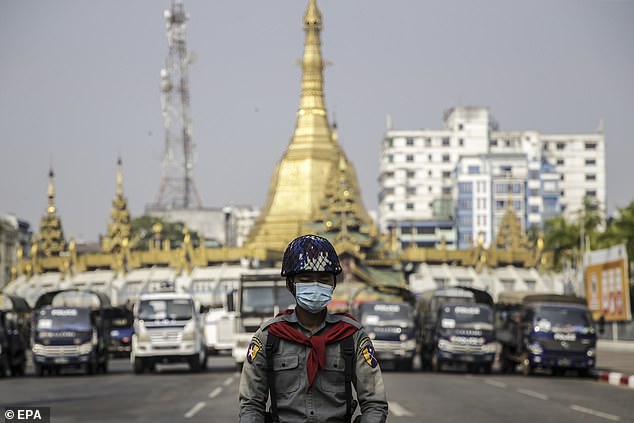 The Nobel laureate was taken into custody along with her top political allies at the start of the month, but the new regime has insisted it took power lawfully.

It has used Facebook to claim Suu Kyi’s landslide election victory last November was tainted by voter fraud and issue stark warnings to the protest movement – which is demanding that the army relinquish power.

A spokesperson for the platform said the Tatmadaw True News Information Team page was removed for ‘repeated violations of our Community Standards prohibiting incitement of violence and coordinating harm’.

The social media giant has banned hundreds of army-linked pages in recent years after being criticised for its ineffective response to malicious posts in the country. 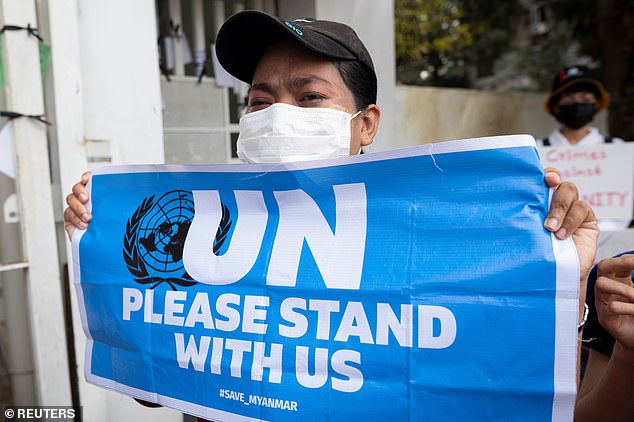 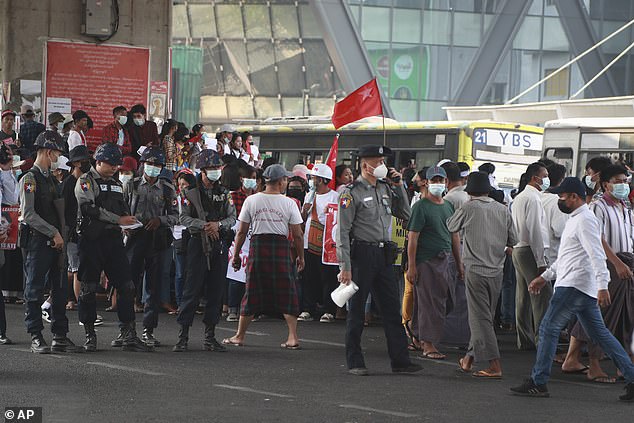 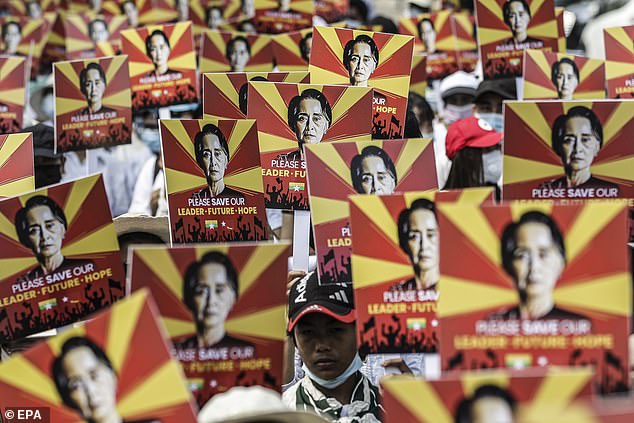 Much of the content targeted the country’s stateless Rohingya Muslim minority, around 750,000 of whom fled into neighbouring Bangladesh after an army crackdown in 2017.

Junta chief Min Aung Hlaing and other top military leaders were booted from the platform a year later, following a UN investigation that recommended they face a genocide prosecution over the violence.

The platform has also banned insurgent groups battling the military on the country’s frontiers and a hardline Buddhist monks’ group accused of inciting violence against Muslims. 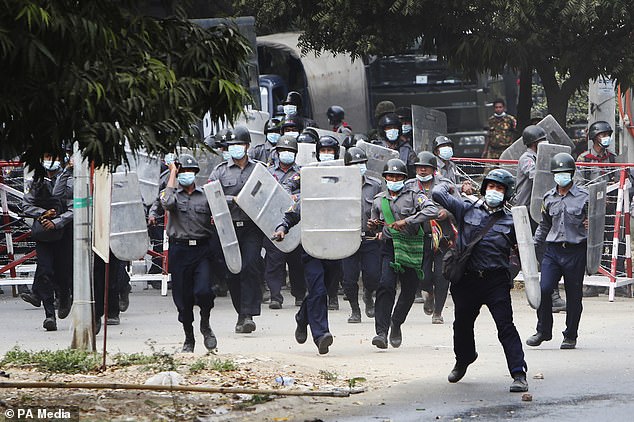 Police charge forward to disperse protesters in Mandalay, Myanmar, as crowds gathered to protest the army coup on Saturday 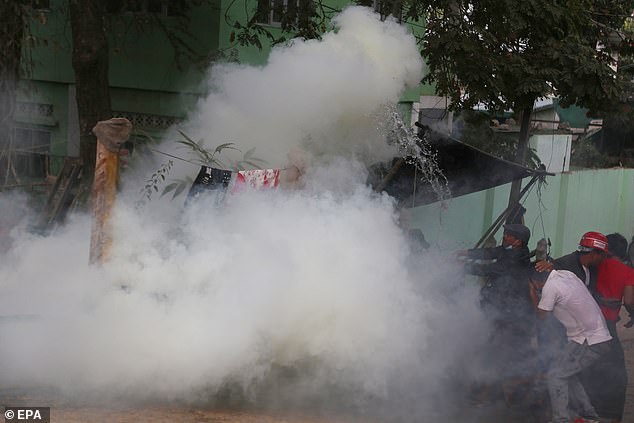 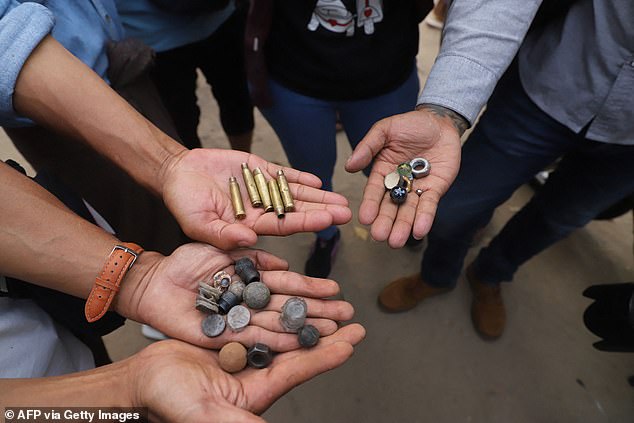 Much of Myanmar has been in uproar since Suu Kyi’s ouster on February 1, with large street demonstrations seen in major cities and isolated villages alike.

Two people were killed on Saturday after security forces fired on a crowd in the central city of Mandalay.

The junta has also imposed nightly internet blackouts and banned social media platforms including Facebook in an effort to bring the protest campaign to heel.