EXPRESS INFORMER > Sports > FA CUP ROUNDUP: Sunderland exit to familiar opponents and an eleven-goal thriller in the first round

FA CUP ROUND-UP: Sunderland exit to familiar opponents, concussion substitutes galore and an eleven-goal thriller in the first round of the cup

By Sportsmail Reporter For The Mail On Sunday

There were plenty of thrills and spills up and down the country as the FA Cup first round proper got underway on Saturday.

Former tournament winners Wigan and Sunderland were in action, with differing fortunes, with as many as three concussion substitutes, an 11-goal thriller and a seventh-tier side progressing to the next round in the pick of the matches.

Here, Sportsmail gives you the lowdown on all the action from the opening stage of the oldest national football competition in the world.

Former FA Cup winners Sunderland were knocked out in the first round of the competition by League Two side Mansfield for the second year in a row.

Nigel Clough’s struggling side had Rhys Oates to thank for their surprise 1-0 win. Oates, who left Hartlepool in the summer, returned to the North East to take advantage of a mistake by Sunderland ‘keeper Lee Burge in the fifth minute.

Bromley used 18 players but still lost 3-0 to Rotherham. The National League club also had a player sent off. They made their first of seven substitutions in the 19th minute when Billy Bingham was taken off after a clash of heads.

There were a further four changes at half-time and two more late in the game because of concussion allowances.

Their trip to South Yorkshire got even worse when substitute Haji Mnoga was sent off within five minutes of his half-time introduction. 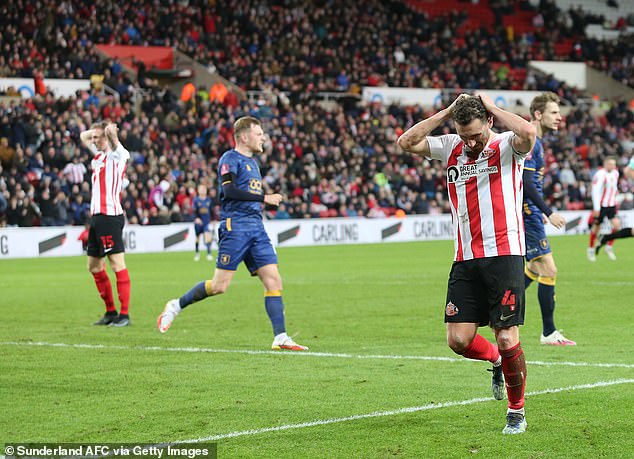 Buxton were the only victors among seven non-League clubs playing on Saturday.

The Northern Premier League club, making their only first-round appearance since 1962, won 1-0 at York with a goal from former York loanee Diego De Girolamo.

WILD DAY AT THE SHAY

Stunned FC Halifax Town boss Pete Wild could not fathom how his side went from the ‘sublime to the ridiculous’ against Maidenhead.

Ten goals were scored in a crazy opening hour as both defences were well and truly abandoned at The Shay. Halifax won 7-4 and Wild said: ‘We were sublime in possession, but rubbish out of it.’ 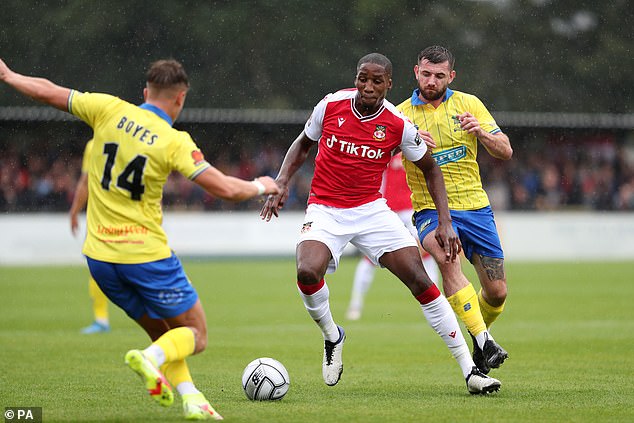 It is nine seasons since Wigan won the FA Cup, beating Man City 1-0 at Wembley. They now face an away trip to Solihull Moors for a replay of their goalless first-round clash.

The National League side’s goalkeeper Ryan Boot was in fine form to deny League One Wigan.