Exeter City and Bradford City will be forced to replay their FA Cup first round clash for a third time after the hosts used a sixth substitute, the FA have announced.

According to an extraordinary incident report submitted by the referee, the inadvertent extra change has led to the result of the initial replay – a 3-0 win for Exeter – being ruled null and void.

And after weighing up their options, the Professional Game Board (PGB) have deemed that the ‘most appropriate action’ will be for for the two teams to face each other again with a spot in the next round of the prestigious competition on the line.

This afternoon, an FA statement said: ‘The FA conducted an investigation and referred all of its information to the Professional Game Board [PGB] in accordance with the rules of the competition.

‘After considering all of its options, and taking into account all of the relevant factors, the PGB agreed that the result of the match should not stand.

‘The PGB deemed that the most appropriate action would be for the match to be replayed in its entirety and has ordered for this to take place at Exeter City’s St James Park on Tuesday 30 November at 19:45.’

Yesterday, the FA launched their probe into the incident. This season’s rules in the tournament allow clubs to use five substitutes during the game, and in extra-time, with a sixth only permitted as a concussion change.

Josh Key was brought on in place of Sam Nombe at the start of extra-time for Exeter, the sixth switch of the fixture from manager Matt Taylor – and there were no indications that concussion protocols were followed. 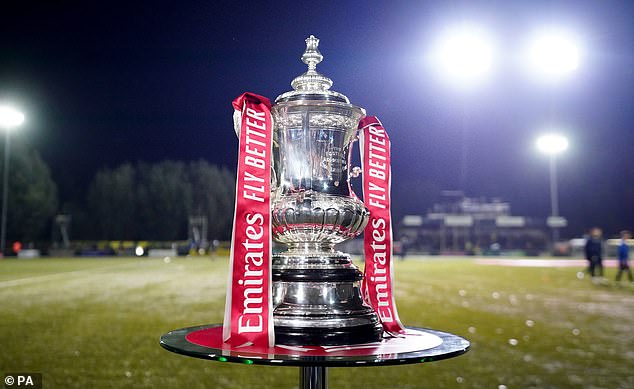 As a result, the FA and PGB may have deemed Key to have been an ineligible player, a move punishable by Exeter potentially being forced to forfeit the tie.

However, it has now been decided to force yet another replay on both teams, adding to their already-hectic fixture lists.

Last night, Exeter said in a statement: ‘A review is due to take place following last night’s FA Cup game between Exeter City and Bradford City at St James Park.

‘The matter will be considered by an FA committee and is in reference to the number of substitutions allowed during the match. 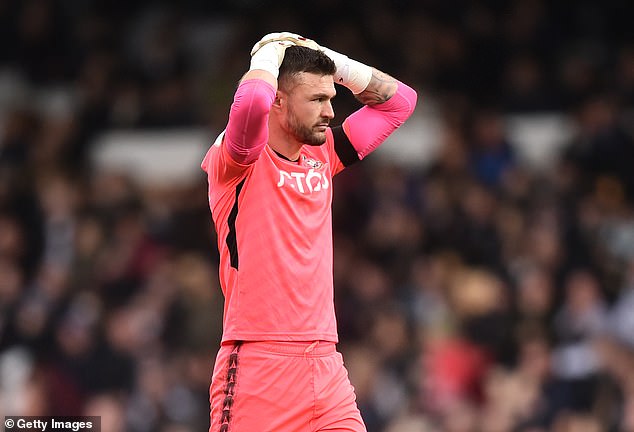 Exeter made a sixth change in the replay, meaning Bradford (above) must make the trip again

‘Both clubs will be asked for their comments, along with the referee and fourth official. The matter will be referred to an FA committee who will decide on what course of action to take.’

It has been claimed by DevonLive that Exeter’s coaching staff were told on more than one occasion by the officials that they were able to make a sixth substitution.

The same outlet goes on to add that the home side were handed more five ‘cards’ to use and give to the refereeing team when they wanted to make a change.

In a further twist, Bradford looked set to bring on Caolan Lavery during extra-time, but he was ultimately not brought on. 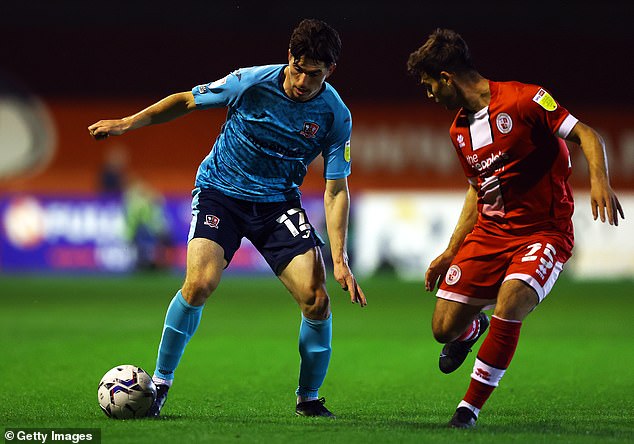 Exeter brought on Josh Key (L) in their sixth change, and may have been made to forfeit the tie

An Exeter source told DevonLive that the officials allegedly informed the visitors that a sixth substitution would not be allowed.

Reacting to the drama, Exeter chairman Julian Tagg said: ‘It is a disappointment to be in this position after such a fantastic game.

‘However, it would appear, having been in contact with the FA, that there was a lack of clarity about how and when, and how many, substitutions could be made.

‘We are preparing a submission for the FA and it is quite clear that there is no clarity about a set of rules which have changed before, during, and after Covid – and across different competitions.

‘We will, of course, abide by the rules, but despite on numerous occasions seeking clarity with the fourth official, whose job it is, the clarity that needed to be there was quite obviously not forthcoming.

‘The fourth official’s main job is to manage the substitutions and quite obviously there were issues with the process from both sides and both teams on this issue.’

The winners of the replay will bank £22,629 and travel to League One side Cambridge in the second round.