EXPRESS INFORMER > Sports > F1: Six things to look for at the Austrian GP

Formula 1 heads to the Red Bull Ring in Austria this weekend for the 11th race of the 2022 season.

Fresh off the back of a chaotic British Grand Prix that saw an opening lap crash, enthralling wheel-to-wheel racing and a first ever F1 win for Carlos Sainz, it promises to be an intriguing weekend in Spielberg, which includes a sprint race on Saturday. 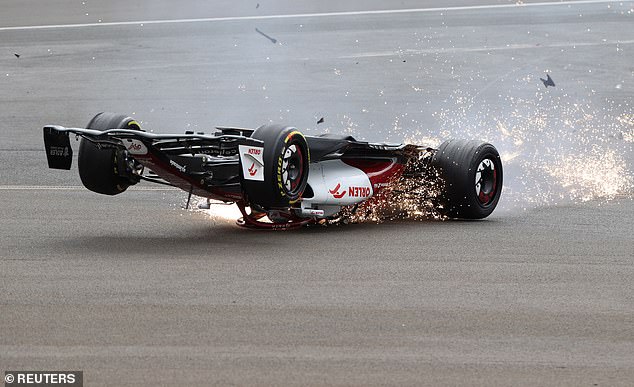 CAN ZHOU RECOVER FROM HIS HORROR CRASH?

Zhou Guanyu was involved in one of the most horrifying crashes in recent F1 history last weekend at Silverstone when he collided with George Russell’s Mercedes on the first corner.

His Alfa Romeo slid off the track and flipped over, before going over a barrier and crashing into a fence.

At the time, it seemed very likely that the Chinese driver would be seriously injured, such was the severity of the crash, but he managed to escape unscathed. 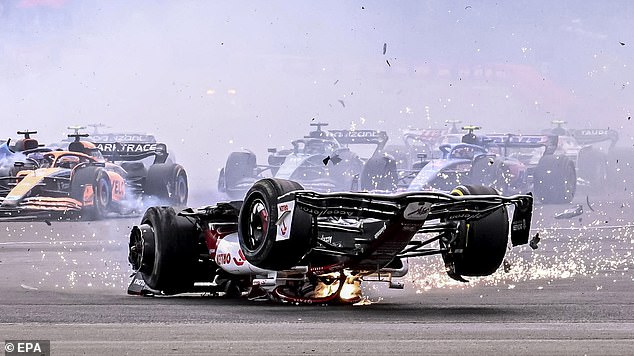 Speaking about the incident a few days later, Zhou has admitted that it was a very scary experience.

‘The next thing I felt was some leaking. I wasn’t sure if it was from my body or the car, so I just tried to switch off the engine,’ he told reporters about the aftermath of the crash.

‘I knew that if a fire started it would be difficult to get out. I don’t know how I survived.’

He will be straight back on the starting grid in Spielberg, and fans will be interested to see how he fares after his frightening crash. 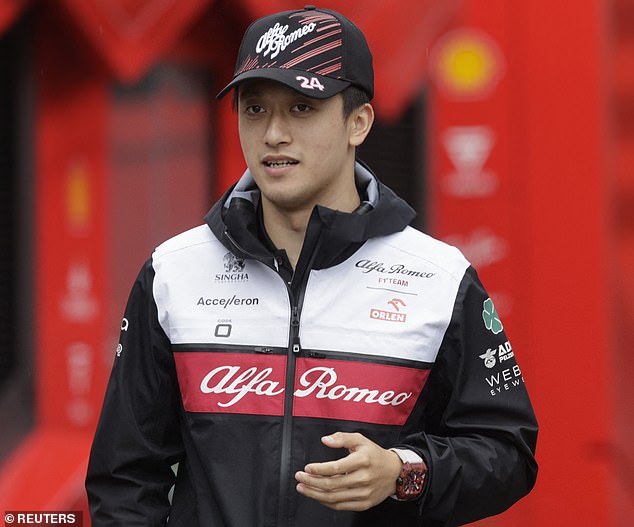 He will be back in action in Austria, looking to put that high-speed crash behind him

VERSTAPPEN AIMING TO GET TITLE BID BACK ON TRACK

The British Grand Prix was certainly a frustrating one for Max Verstappen.

The Dutchman started Sunday’s race in second place behind Sainz, and appeared to have overtaken his rival on the first lap, only for the Zhou-Russell collision to cause the race to be red-flagged.

It was decided that proceedings would be restarted with the drivers in their original positions, and when the race got back underway, disaster struck for Verstappen.

His Red Bull suffered significant structural damage due to a shard of debris becoming trapped underneath it, which immediately put him out of contention to win. 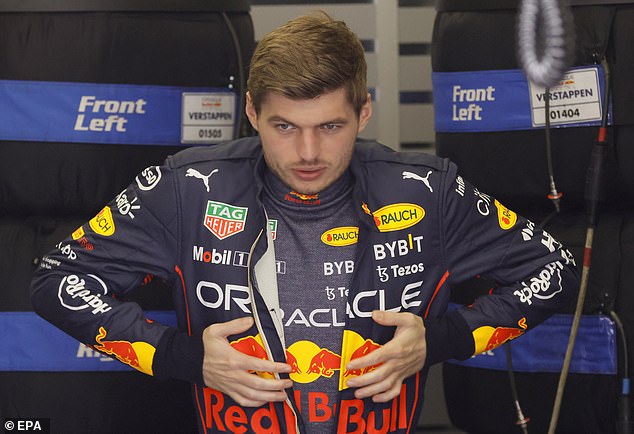 Max Verstappen had a tough race day at Silverstone, but will hope to bounce back in Austria

He still managed to finish seventh, but this meant that he dropped points to championship rivals Sergio Perez and Charles Leclerc.

Verstappen is not used to finishing so far down the grid, and will not want a repeat in Austria.

The Dutchman has made the perfect start to the weekend by taking pole for Saturday’s sprint race.

History suggests that he should do much better this time around, having won three of the last four races on Red Bull’s home track.

SCHUMACHER LOOKING TO KICK ON

It may have taken a while – 31 starts to be precise – but Mick Schumacher finally earned his first points in F1 at Silverstone.

The son of seven-time world champion Michael has had to wait patiently for a top-10 finish, with plenty of things going wrong in recent months, including when he crashed into a barrier in Monaco, leading to his car snapping in half.

Yet everything clicked into place at the British Grand Prix, and he made the most of six cars failing to finish by pushing himself up into the points. 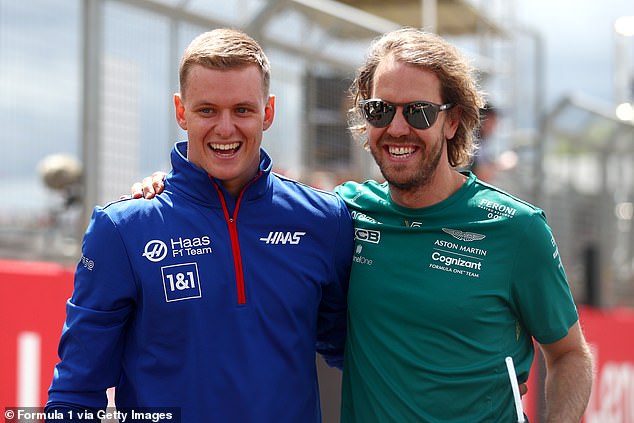 Mick Schumacher got his first F1 points last week, and was congratulated by Sebastian Vettel

He was even trying to overtake Verstappen in the final few laps, but could not quite get past the championship leader before the chequered flag.

Still, an eighth place finish was a massive step in the right direction for the 23-year-old.

Was it just a one-off or can he start to consistently gain points moving forward? We should get a better indication of how Schumacher is progressing in Austria.

IS HAMILTON READY TO CHALLENGE FOR A RACE WIN?

The first half of the 2022 season has been far from ideal for Lewis Hamilton.

After narrowly missing out on his eighth world title last year, he has not been happy with his Mercedes this time around, frequently complaining about ‘porpoising’ and he was regularly getting outperformed by his team-mate Russell in the opening weeks of the season.

Some even questioned whether he still had the hunger left in him to compete at the front of the grid.

Yet the last two races have seen him turn a corner. He has ended up on the podium in both of them, and it briefly looked like he may even win at Silverstone in front of his home fans. 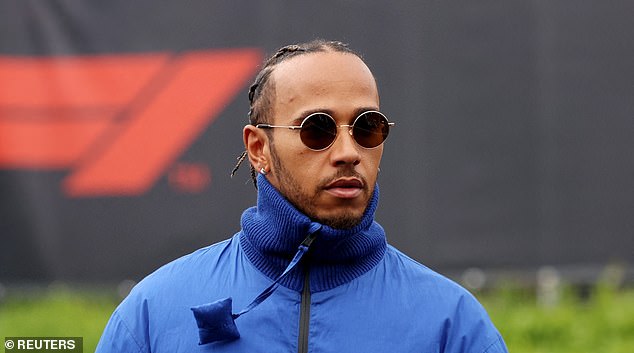 He eventually had to settle for third, but he did not give an inch in his battle with Leclerc, and got past the Ferrari driver in the end.

Hamilton has won at least one race in every F1 season that he has competed in, and he seems to have got his mojo back, with Mercedes closing the gap to Red Bull and Ferrari.

A crash in qualifying though means Hamilton will have some work to do, with the Brit set to start on the fifth row of the grid in Saturday’s sprint race.

Perhaps though this could be the weekend where he adds to his record of 103 race wins.

ALL EYES ON MCLAREN DUO

Lando Norris and Daniel Ricciardo have made the podium just once between them this season in what has been a disappointing campaign for McLaren thus far.

Norris has comfortably outperformed his team-mate, picking up 58 points in total to move into seventh in the overall standings.

For Ricciardo, 15 points is a poor return for the former Red Bull driver, and he finished 13th at Silverstone out of the 14 men to complete the race. 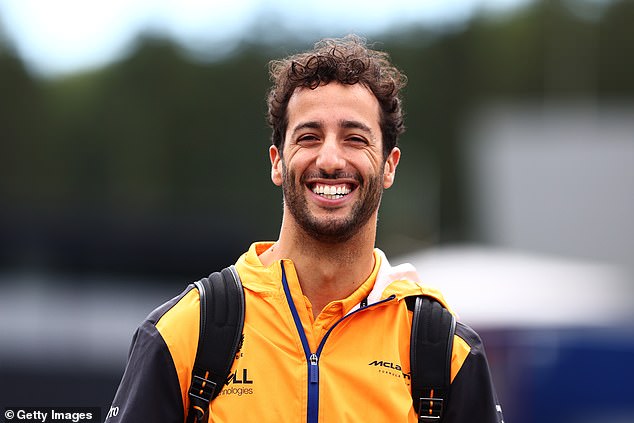 Daniel Ricciardo is always smiling, but the pressure is growing on the Australian

The pair appeared to be in a relaxed mood at the British Grand Prix as they enjoyed a race on space hoppers in the lead-up to Sunday’s main event, with the Australian jokingly hitting the Brit in the face as they edged towards the finish line.

Ricciardo was also presented with a ‘shoey’ cake for his 33rd birthday over the weekend.

However, the pressure is mounting on Ricciardo to start delivering, and he will hope to keep in touch, or even beat Norris, in Austria.

They will hope to bounce back from a difficult qualifying session on Friday, with Norris and Ricciardo starting down in 15th and 16th positions.

CAN TSUNODA KEEP CALM AND CARRY ON?

Some athletes use anger to spur themselves on. That fire in the belly can take them to the next level. Unfortunately for Yuki Tsunoda, that approach does not seem to be working.

The 22-year-old has become well-known for his outbursts on the team radio during races, but he has only claimed 11 points this season, and finds himself down in 15th place in the standings.

Tsunoda drives for AlphaTauri, and has been described by Red Bull chief Helmut Marko as a ‘problem child’. 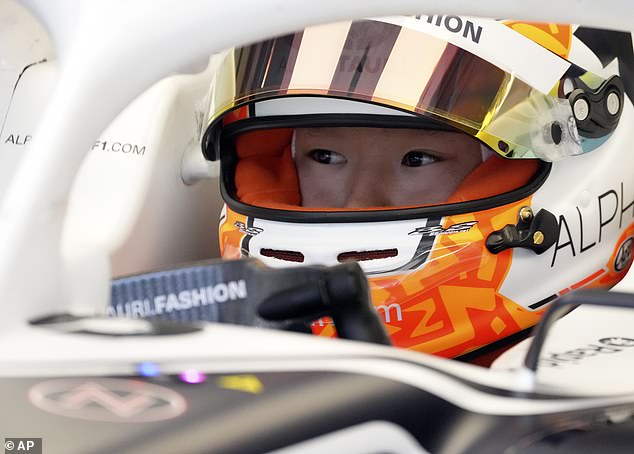 Marko has also confirmed that Red Bull have hired a psychologist to work with Tsunoda to try to help him control his emotions.

If Tsunoda is to eventually make the step up from Red Bull’s sister team, it appears he will have to learn to stay calm under pressure.

It will be fascinating to see whether he begins to show any signs of keeping his emotions in check in Austria.