Queensland Premier Annastacia Palaszczuk has demanded an apology from Federal Health Minister Greg Hunt, saying she had been ‘relentlessly attacked’ over the controversial issue of childhood vaccination against Covid.

At a press conference in Toowoomba, Ms Palaszczuk said revelations Mr Hunt had been in contact with Pfizer and invited the company to submit an application to Australia’s Therapeutic Goods Administration (TGA) on vaccines for five-to-11 year olds vindicated her earlier comments on the issue. 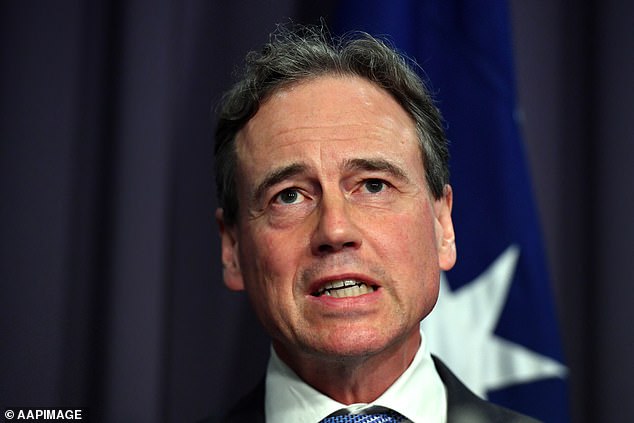 Federal Health Minister Greg Hunt had criticised Ms Palaszczuk for raising the issue of childhood vaccination in state parliament late in August, noting that ‘no countries were vaccinating children’

‘A few weeks ago I raised the issue of this being the pandemic of the unvaccinated,’ Ms Palaszczuk said on Tuesday.

‘I raised very clearly that there was an issue and we needed a plan for young children between the ages of 5 and 11 who weren’t vaccinated.

‘I was loudly criticised from all sections of the media, I was attacked relentlessly by the Federal government and today and yesterday we hear that Greg Hunt is now speaking with the TGA to run analysis of the trials of 5 to 11s which Pfizer has been conducting,

‘I think it’s very disappointing that all I’m trying to do is protect this state, to protect our children, and to be attacked relentlessly.

‘Queenslanders should feel vindicated that the federal government has looked to the international research and is now doing something about it.’

Pfizer is believed to be seeking regulatory approvals in the US and Europe for a vaccine dose to be used on children aged five to 11 after promising clinical trial results.

It is said the vaccine in development had produced a strong immune response similar to that seen in trials with 16-to 29-year-olds.

In Queensland’s Parliament last month, Ms Palaszczuk said: ‘You open up this state and you let the virus in here, every child under 12 is vulnerable, every single child.

‘Anyone who has a child under 12 is vulnerable because they are the unvaccinated,’ she claimed. 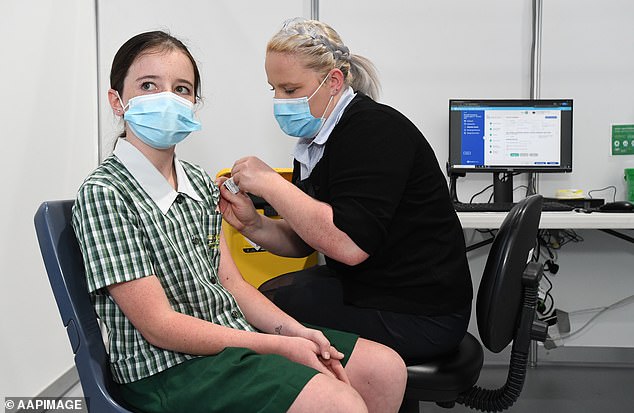 Mr Hunt had responded that the national plan was always aimed at protecting all Australians from the virus, including children.

He said the suggestion that kids hadn’t been considered in the plan was ‘false’, and added that no vaccinations had been approved for children under the age of 12 anywhere in the world and no countries were vaccinating children.

‘In fact, I think the best response in a way is what has been written by Queensland Health in their ”Covid-19 and Kids: What you need to Know” document dated 5 August 2021: serious illness remains extremely rare in children,’ Mr Hunt told reporters.

‘I also quote: ”Even children with serious underlying conditions will mostly only experience a mild illness with Covid-19”.’

But in announcing that the TGA would now consider the new Pfizer vaccine, Mr Hunt had somewhat changed his tune.

‘Should the TGA find that the vaccine is safe and effective for children under 12 years of age, the Australian government is well placed to deliver this vaccine to this expanded age cohort,’ he said.

Yesterday, Australian Medical Association president Omar Khorshid told a Senate inquiry that a school-based vaccine program may be ready in Australia by next year, subject to regulatory approval.

‘It will take that long for various approvals to come through and we need to have vaccine supply,’ he said.