To her neighbours, Monique Dahlmann’s fondness for flamboyant outfits hinted at a colourful past – but few would have guessed her life would once not have looked out of place in a James Bond film.

For the glamorous septuagenarian who kept herself to herself in her council flat off West London’s Fulham Road once rubbed shoulders with pop royalty and was groomed as a Mata Hari-style agent by spies from the Soviet Bloc.

Even her close friends never knew that Monique was once married to 1950s chart-topping heart-throb Emile Ford before becoming the focus of an extraordinary Cold War spy plot to ensnare MI5 officers.

She married Ford in 1959, the year he became the first black artist in Britain to sell a million copies of a single with What Do You Want To Make Those Eyes At Me For?

Intelligence files unearthed by The Mail on Sunday in Prague’s Cold War archive detail the unlikely plan by Czech spies to recruit Monique – who became a high-class escort after her marriage failed – as a honeytrap agent.

She married Ford in 1959, the year he became the first black artist in Britain to sell a million copies of a single with What Do You Want To Make Those Eyes At Me For?

But the marriage foundered and in 1964, Monique, then in her mid-20s, divorced the singer, citing his adultery with a secretary.

Within a few years, Monique had come to the attention of agents from Czechoslovakia’s feared Statni bezpecnost (StB) spy agency, operating out of the Communist nation’s embassy in London. Their interest had been piqued by the German-born beauty’s contacts with British MI5 officers and her work as a high-class escort.

Through a series of meetings, the files suggest, the Czechs began to draw Monique into their plot.

A report from November 1967 by spy chief Josef Kalina, working undercover as first secretary in the embassy, outlined their target’s background.

‘M. [Monique] has stopped consuming hard liquor due to health reasons and now drinks it only occasionally,’ he wrote. ‘She still works as an escort.’

A detailed plan was then devised to use Monique as a possible double agent to ensnare British intelligence officers, in particular an MI5 man named Tony Harwood.

The plot called for Monique to compromise Harwood, who was believed to be targeting agents of the Czech Embassy for MI5. The files claim Harwood offered to pay Monique £20 to provide information on StB agents, but she refused and asked for £100 (£1,500 in today’s money). The Czechs hoped to ‘turn’ her and start gaining information on the MI5 officer. ‘She was contacted early this year by MI5 official Tony Harwood, who focuses on the Czechoslovak Embassy in London,’ the file claims. 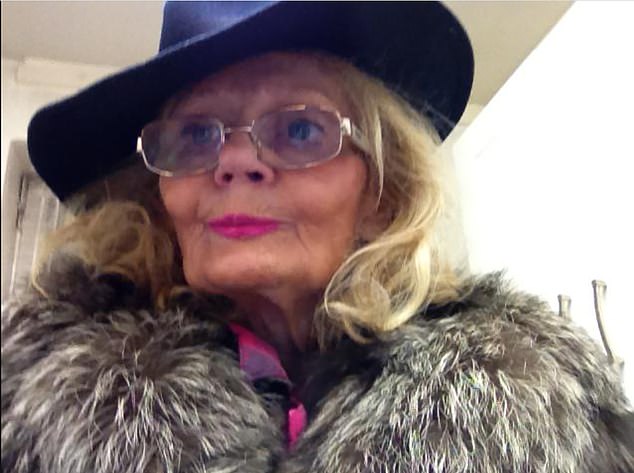 ‘She was recruited for contacts at the embassy and to gather details regarding individual staff members and officers.’

It continues: ‘Getting to official Harwood through M will require a complicated and sensitively co-ordinated operative combination, during which she will be the main link in the chain.

‘Since M escorts multiple such individuals on a weekly basis, it can be assumed that those individuals may include persons who are interesting from an intelligence perspective. It also is true that when men spend several hours with M and absolutely lose their inhibitions when consuming alcohol and given the way these dates are organised, these men certainly share a lot of information about themselves, their work, their positions, their likes, weaknesses, etc. M has good prospects as an ideal intelligence asset, and the first phase of her development should be focused on this.’

But a later account of a meeting between the would-be agent and Kalina appeared to signal a shift. Monique claimed to be no longer working as an escort and her communication with Harwood had tailed off. She then disappears from the StB records.

Monique lived in her council flat near Chelsea’s football ground for the last 20 years of her life before her death in 2016. One neighbour, Sid Daniel, 73, last night described her as a ‘quiet lady’ who enjoyed old wartime movies. ‘I never knew anything about her past,’ he said.

Another, who did not wish to be named, said: ‘She did once mention that she was the target of a newspaper story when working as an escort, but nothing more.’