Firefighters were today battling a ‘major incident’ at Tilbury Grain Terminal after a massive explosion in a grain silo, with dramatic photographs showing how the blast blew off the roof.

Nearby residents in the Essex town heard a ‘huge bang’ shortly before 10am which was so loud that it rattled the windows of nearby homes. The cause of the explosion is unknown, but no injuries have been reported.

Aislinn Ladd, 42, who lives along the Thames in Grays, said she was ‘feeding the baby and suddenly it was huge noise, house shook, windows vibrated’, adding: ‘I’ve never experienced anything like it, scared the hell out of me.’

Geoff Stringfellow, who lives nearby, told local website Thurrock Nub News: ‘I was indoors and heard a huge bang. It was so loud all the windows shook and rattled.’

Other locals reported hearing ‘a lot of sirens’ and seeing helicopters flying overhead, while another said the explosion was ‘very loud’ and a third added that it ‘shook my whole house’. 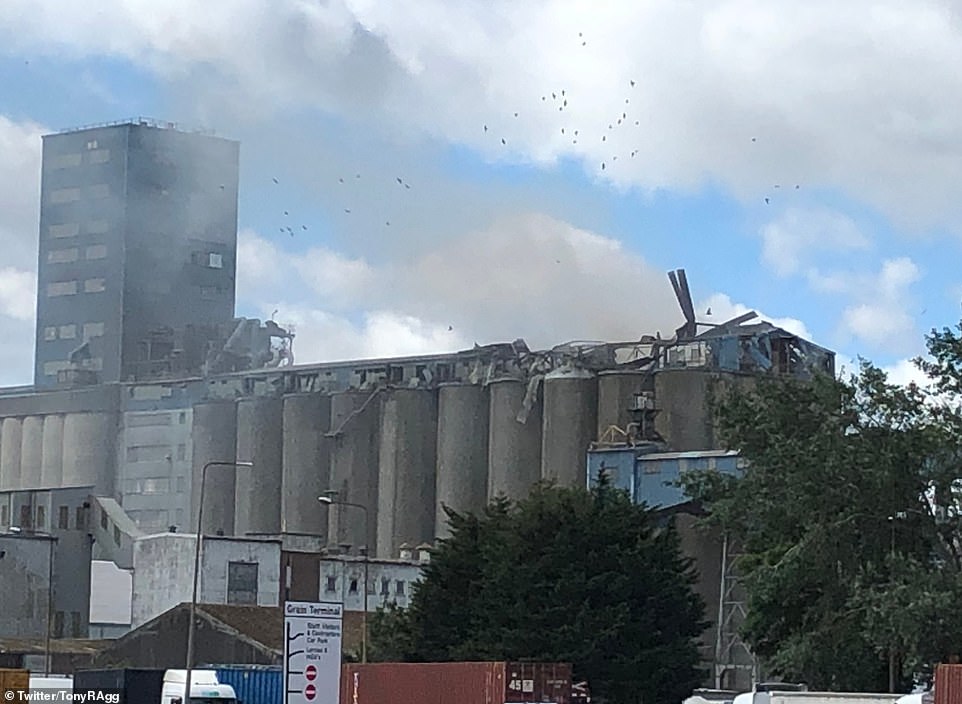 One resident said of the blast today: ‘I was indoors and heard a huge bang. It was so loud all the windows shook and rattled’

An Essex Fire and Rescue Service spokesman said crews were called to the scene at 9.55am today, with two teams attending from Grays, one from Orsett and one from Corringham.

A Port of Tilbury spokesman said: ‘We confirm that there has been a major incident at the grain terminal within the Port of Tilbury. There have been no injuries reported and the emergency services are in attendance.’

The site, which was built in 1969 at a cost of £53.5million in today’s money, is Britain’s largest terminal for the import and export of grain, and the Port of Tilbury marked its 50th anniversary last September.

The terminal, which is in the Tilbury Docks area, has processed more than 35million tonnes of product since opening in 1969. It now handles two million tonnes of grain, wheat, barley and beans every year. 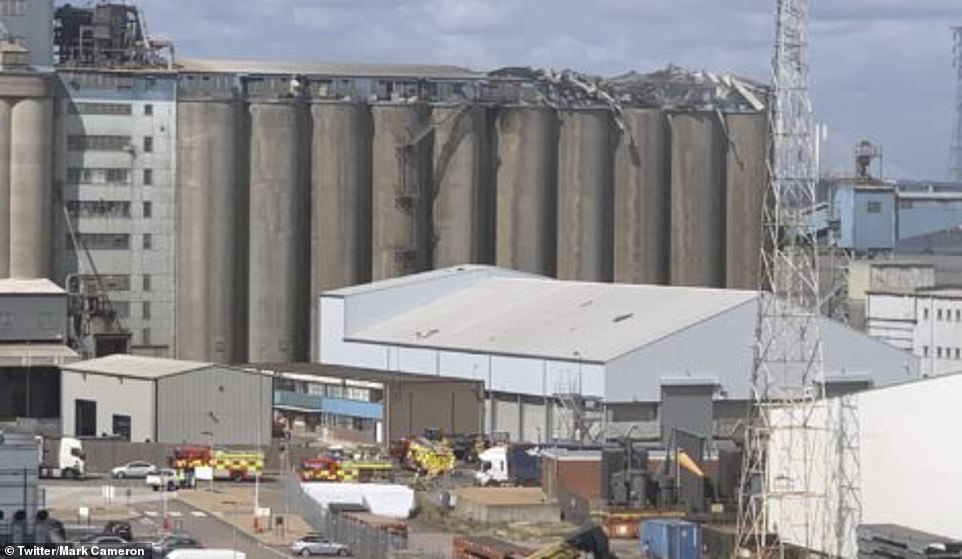 An Essex Fire and Rescue Service spokesman said crews were called to the scene in Tilbury at 9.55am today 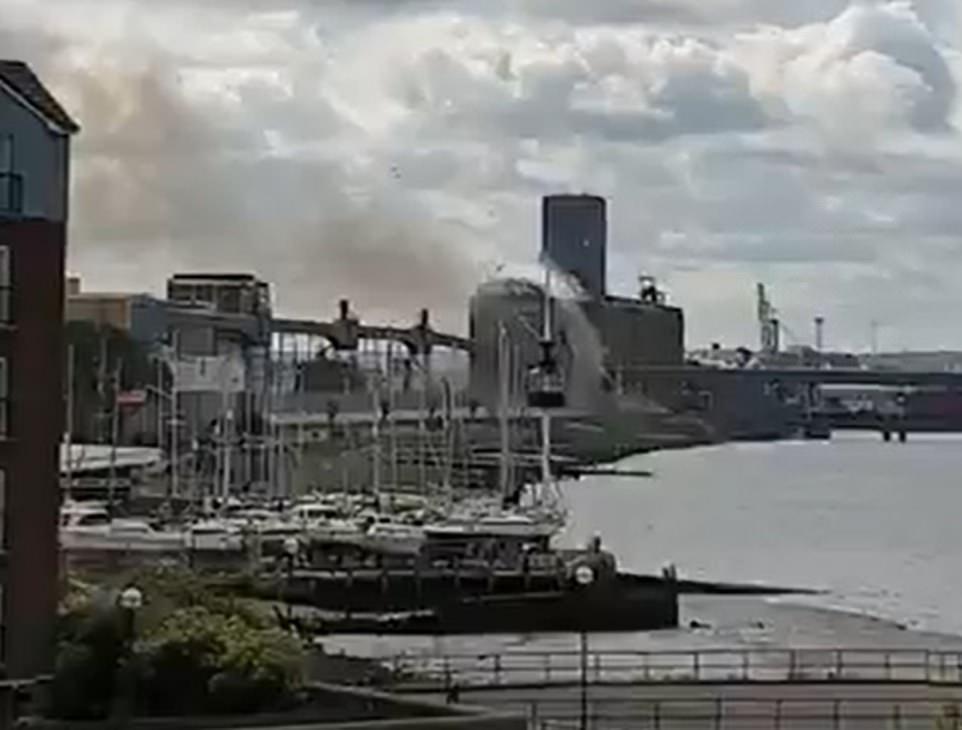 The terminal, which has two grain towers on site, regularly handles cargoes from in and out of the UK and to countries across the world including the US, Canada, France, Thailand and Australia.

It is also linked to two flour mills within the port, with grain brought into the terminal made into flour that can be used for everyday goods in supermarkets such as pasta, baked goods and malt, used to make beer.

The terminal has more than 200 silos and last year completed a storage expansion, with the new flat store increasing the capacity by an extra 16,000 tonnes of both import and export wheat.

The site is located five miles along the River Thames from the Waterglade Industrial Park in Grays, where 39 Vietnamese migrants were found dead in the back of a lorry last October.