Below the stalwarts of the FTSE 100 – the index of Britain’s biggest companies by market capitalisation – lies the lesser known FTSE250 Index. It contains mid-cap stocks that are a tier down from the big league. In footballing terms, these are the Championship firms compared with the Premier League elite that make up the FTSE100.

The FTSE250 has so far underperformed its big brother this year. While the FTSE100, comprising the likes of BP, Next and Royal Mail, is up by nearly 1 per cent, the FTSE250 has fallen by about 12 per cent.

Although not a good start to the year, investment experts point out that this means there is value to be had in this ‘Goldilocks’ index, where the companies are neither too big, nor too small – but just right.

Fabled: The FTSE250 is a ‘Goldilocks’ index full of firms that are just right to invest in because they are set to grow

Russ Mould is investment director at wealth platform AJ Bell. He describes the FTSE250 – the 101st to 350th biggest companies in Britain – as an ‘intriguing mix’, including potential rising stars coming up through the ranks and firms that have dropped out of the FTSE100 but are looking to turn their fortunes around.

He adds: ‘There is a little bit of something for everyone here in terms of investment style – value, growth, income, momentum.’

James Yardley is senior research analyst at fund supermarket Chelsea Financial Services. He agrees with Mould that there is merit in the index, which usually outperforms the FTSE100 over longer periods. Over the past five years, it has done that, but only just.

Yardley adds: ‘Generally, over the long term, smaller is better when it comes to picking stock market winners. Smaller and medium-sized companies are more flexible as businesses, and it’s easier for them to grow. They’re less likely to be in terminal decline and, if they are suffering, it’s easier to turn them around.’

A disappointing year so far

The underperformance of the FTSE250 so far this year is a reflection of the different make-up of the two indices – and how they have reacted to the brutal war in Ukraine and the UK’s economic situation.

The FTSE100 has greater exposure to oil and mining, which are doing well due to commodity prices being pushed up by the current crisis in Ukraine.

In contrast, the FTSE250 is more exposed to the British economy, which is already beginning to feel the strain of inflation raging at 7 per cent, higher interest rates and ongoing global trade disruption.

Chelsea’s Yardley says that those who invest in FTSE250 stocks must be aware of the risks given the precarious state of the UK economy.

He says: ‘The downside of many of these businesses is that they are generally a lot less diversified than the mega cap stocks, which usually have several businesses under their umbrella. This means that if something does go badly wrong with a FTSE250 stock, there is usually nowhere to hide.’ Many investors who use tracker funds to get low cost exposure to the UK stock market have less of their money invested in these fast-growing stocks than they may think.

Jason Hollands, managing director at wealth platform BestInvest, points out that if you invest in a tracker fund replicating the performance of the FTSE All-Share Index, you get exposure to just over 600 companies.

Although this suggests you have a spread of risk in term of diversification, you actually end up with more exposure to three FTSE100 companies than to the whole midcap company sector.

This is because even though 250 of the All-Share stocks are FTSE 250 companies, the tracker funds allocate your money according to the size of each company.

For example, someone who bought into a FTSE All-Share tracker would end up with 6.6 per cent of their assets in oil company Shell; 6.4 per cent in drug giant AstraZeneca and 4.4 per cent in HSBC bank. Just 15.5 per cent would be in FTSE250 businesses – giving you little exposure to some of the potential growth companies that make up this index.

The FTSE 250 stocks to pick

One way to get exposure to this index is to buy shares in individual companies. The FTSE250 contains many household names that excite analysts.

Sausage roll specialist Greggs and soft furnishing retailer Dunelm are in the 250, as are builders such as Bellway and Redrow.

Mould, at AJ Bell, likes some of the companies that are world leaders in their industries. These include precision instrument makers Renishaw and Spectris, thread maker Coats and PZ Cussons, which owns the Imperial Leather brand. 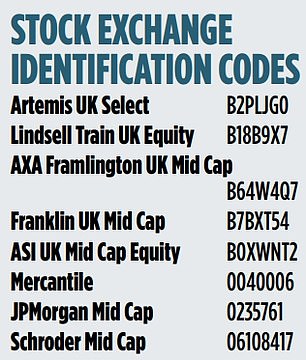 Mould adds: ‘The index also offers some more defensive stocks – companies whose business model may help them manage their way through any economic downturn.’

What about funds based on the index?

If you are not comfortable picking stocks yourself, using a UK investment fund is a good way of gaining exposure – and makes sense if you do not consider yourself an investment expert.

Given the breadth of the FTSE 250, picking the right companies is important, and making sure your portfolio is diversified is vital too.

Hollands, at BestInvest, says that the FTSE250 is where successful fund managers can really make a difference by picking stocks that go on to outperform. He adds: ‘It could be argued that the FTSE 250 is their secret ingredient.’

Hollands says a good approach is picking a fund that has a good percentage of its assets in FTSE250 companies. For example, Artemis UK Select has 34 per cent of its assets in mid-caps while Lindsell Train UK Equity has 36 per cent.

For those investors who already have a FTSE100 tracker fund or a portfolio of blue chip companies, his fund pick is the AXA Framlington UK Mid Cap fund. It has delivered returns of 17 per cent over the past three years.

‘The fund isn’t too rigid,’ says Hollands, adding it is currently 75 per cent invested in mid-caps and guarantees that at least 70 per cent of the portfolio is in FTSE250 stocks.

He adds: ‘It can also invest in larger and smaller companies, so it isn’t forced to sell a successful holding that might get upgraded to the FTSE100 and it can also back smaller companies that could be on track to enter the FTSE250.’

For those who want specific exposure to the 250, Laith Khalaf, head of investment analysis at AJ Bell, suggests a low-cost exchange traded fund (ETF) that simply tracks the index.

‘If you just want plain vanilla exposure to the UK mid-cap market, then Vanguard FTSE250 does the job and for an ongoing fund charge of just 0.1 per cent a year,’ he says.

Other funds he likes are Franklin UK Mid Cap, a concentrated portfolio of 30 to 40 stocks, predominantly constituents of the FTSE250.

Top holdings are telecoms testing company Spirent Communications and Electrocomponents, a distributor of electronic products. Over the past five years, the fund has registered a return of 24 per cent. 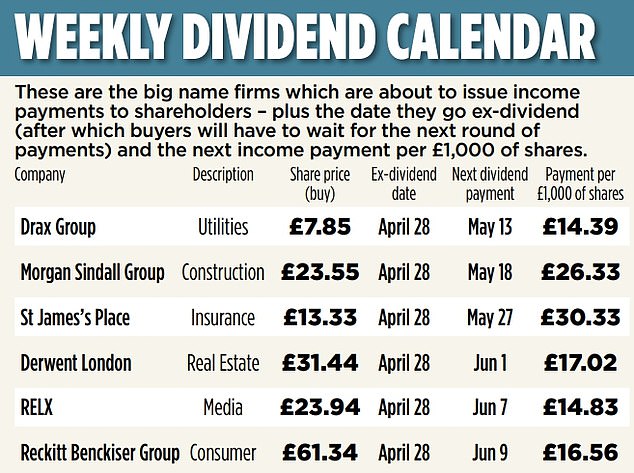 Khalaf adds: ‘The fund looks for companies that have robust finances that are trading at attractive valuations.’

However you choose to take your FTSE250 stocks, expect a bumpy ride in the short term, as the UK economy deals with a cost-of-living crisis, higher inflation, and global tensions.

But there’s always the possibility of a company you invest in being subject to a takeover. Several FTSE250 stocks have faced takeovers in the past 18 months, including gambling group William Hill, medical group Oxford Instruments, wealth manager Brewin Dolphin and builder St Modwen.

Mould’s view on this? ‘This suggests that someone, somewhere thinks there is value to be had among the UK’s mid-cap ranks, even if not all of the bids have been successful.’

Mid-cap fans should keep their eyes peeled as there may be more activity to come. There’s value to be had in the Goldilocks stocks that make up the FTSE250.