People all over the UK shared photos of themselves watching tonight’s SpaceX rocket launch, with eagle-eyed spotters claiming to have seen the spacecraft fly past.

Britons shared their set-ups ahead of the 8.22pm launch, with families gathering in gardens up and down the country to peer up into the sky.

Several shared their excitement ahead of the launch, while adding that their kids were also looking forward to the big event.

One claimed to have spotted the rocket flying past shortly after it launched, sharing a photo on Twitter. However, most failed to spot it because of the high level of light.

The rocket passed over Britain initially at 8.40pm, but there will be more of a chance to see it on its second pass at 10.15pm.

UK astronaut Tim Peake tweeted: ‘You can see the @Space-Station pass over the UK tonight, 22:10 BST. Look west, low on the horizon & it will cross to the south east, passing beneath the moon. If @SpaceX launches, it will follow about 5 mins later. The sky will be too light to see SpX on 1st pass after launch.’

Kevin Doyle, in Ireland, claimed to have spotted the rocket as it flew past shortly after launch 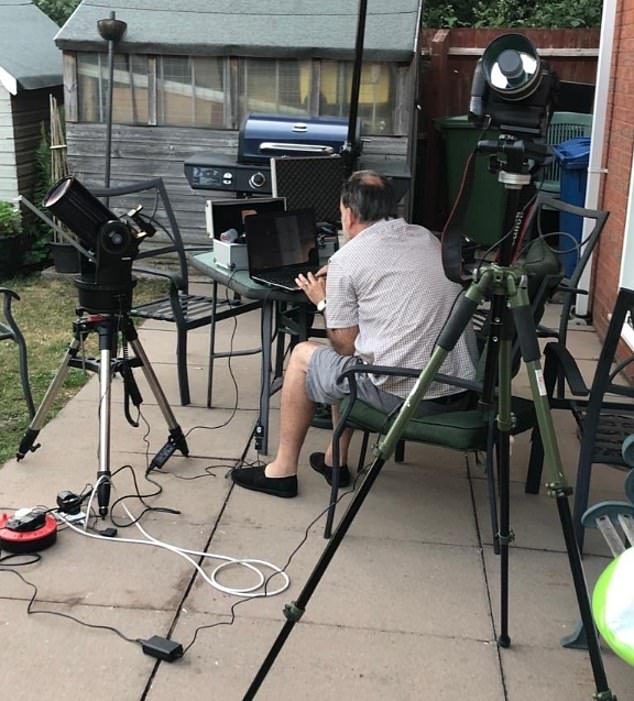 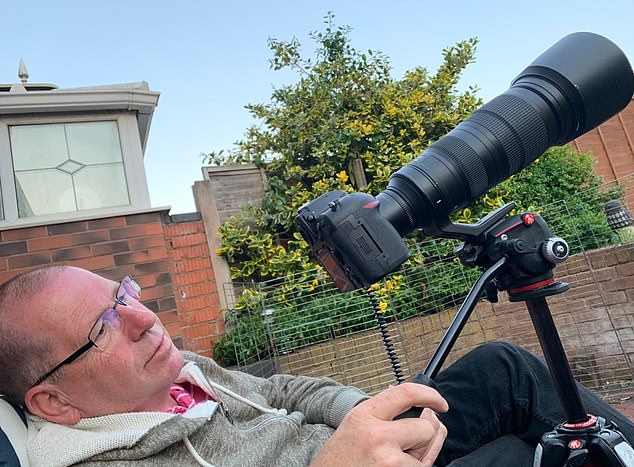 Britons all over the country gathered in gardens to watch the rocket fly past at 8.40pm and then again at 10.15pm 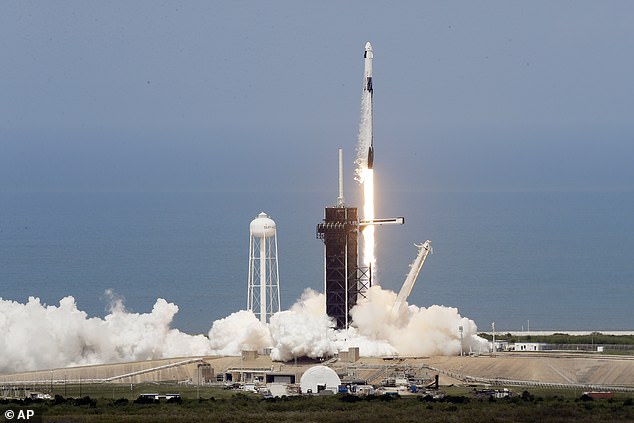 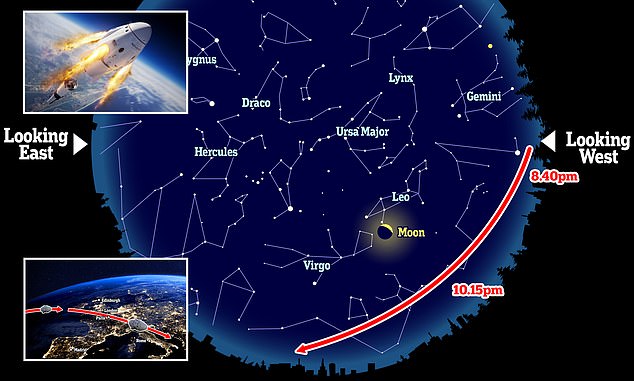 The rocket will be more visible to the UK at around 10.15pm. Astronaut Tim Peake said: ‘Look west, low on the horizon & it will cross to the south east, passing beneath the moon’

The Falcon 9, the first manned space flight to leave US soil for nine years, .blast off from Cape Canaveral, Florida, at 8.22pm UK time (3.22pm Eastern Time) and will loop up to the International Space Station.

The historic space flight by Elon Musk’s SpaceX is expected to pass low along the south-west of the UK skyline, with people in Britain able to see it for a few minutes travelling from West to East in the sky.

It will first appear in the skies above Britain at around 8.40pm, though conditions will be too light to see it properly.

The second pass, at around 10.15pm, is better, but the vehicle will be very low on the horizon in the southwest.

It will be the first time a private company has put astronauts into space, and is the second attempt to launch after Wednesday’s flight was aborted when Storm Bertha rolled in off the Gulf of Mexico, obstructing the flight path.

The rocket is expected to swoop low over the south-western horizon and zoom past the left side of the moon before disappearing. 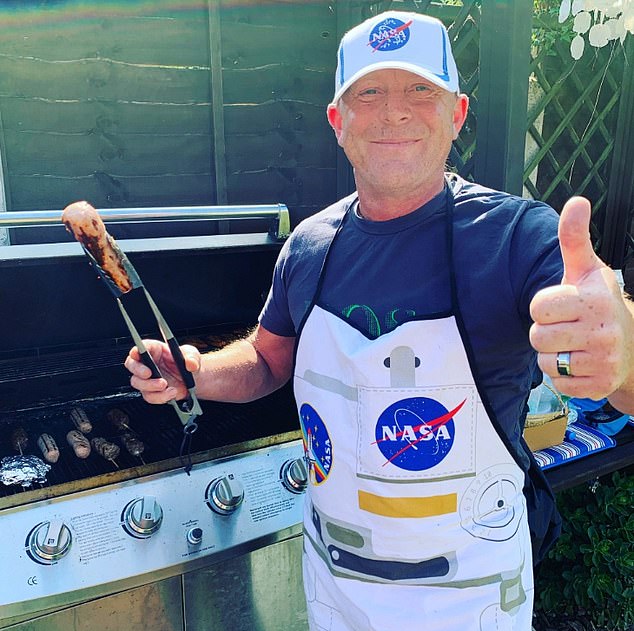 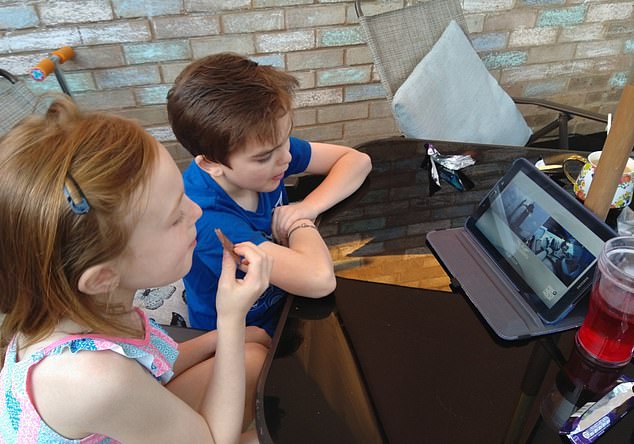 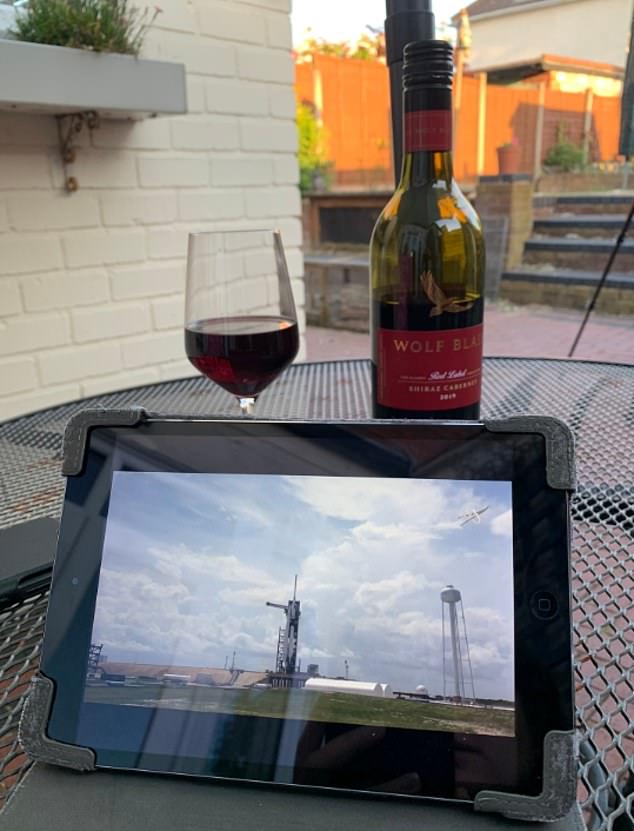 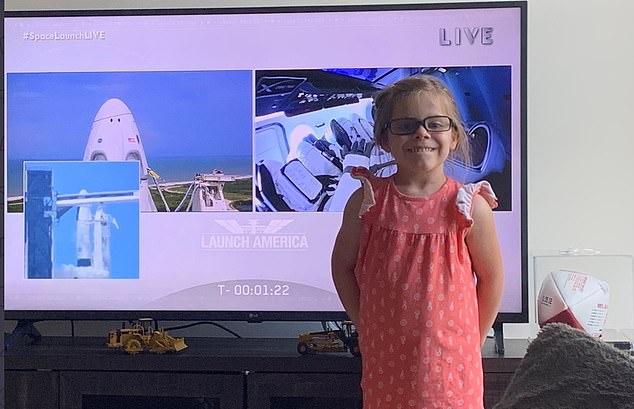 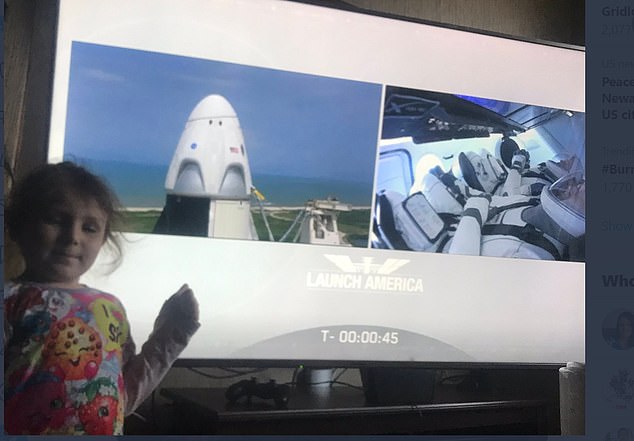 It will pass the UK twice, the first time at 8.40, though less visible. The second time will be at around 10.15pm

After the launch, Tim Peake added: ‘What a great launch and congratulations @SpaceX on making history. I loved watching the acceleration during the final minutes of launch – it’s a crazy, crazy feeling being hurled up to 27000kmh!’

Robert Behnken and Douglas Hurley are now on their way to the International Space Station (ISS) aboard the Crew Dragon capsule after separating from SpaceX’s Falcon 9 rocket shortly after lift-off.

It will take them 19 hours to reach the space station, where they will join the three other residents – Nasa’s Chris Cassidy and Russia’s Anatoli Ivanishin and Ivan Vagner.

The mission, named Demo-2, has made Elon Musk’s SpaceX the first private company to send humans into space, ushering in a new era of commercial space travel.

The pair were due to travel on Wednesday but the mission was aborted less than 17 minutes before launch over concerns that the event could trigger lightning.

According to Nasa, the aim of the mission is to show SpaceX’s ability to ferry astronauts to the space station and back safely.

It is the final major step required by SpaceX’s astronaut carrier, the Crew Dragon, to get certified by Nasa’s Commercial Crew Programme for more long-term manned missions to space.

The Crew Dragon is expected to rendezvous and dock with the space station on Sunday at 3.30pm UK time.