EXCLUSIVE: Millionaire ex-Wonga boss Haakon Overli, 52, is pictured with the Ukrainian refugee, 39, he ‘dumped his wife for’ after she moved into their £3million Surrey mansion

This is the millionaire former boss of loan firm Wonga pictured with the Ukrainian refugee he ‘dumped his wife for’ after she moved into their £3million family home in Surrey.

Investor and dotcom entrepreneur Haakon Overli, 52, began a love affair with 39-year-old Mariia Polonchuk soon after she moved onto his sprawling family estate earlier this year.

He is estimated to be worth £5 million by website Companycheck and is said to have lobbied the government to help bring refugees to the UK from Ukraine since the start of the war in February.

But just a few months after the Ukrainian refugee was granted a visa, she and Mr Overli moved out of the family estate in Surrey, leaving his wife Imogen, 46, and their school-aged children.

Mr Overli has repeatedly Tweeted his support for bringing Ukrainian refugees to the UK since the beginning of the Russian invasion earlier this year.

Former Health Secretary and local MP Jeremy Hunt tweeted a photograph of Mr Overli, his family and Ms Polonchuk in May at a local event – before the now couple got together.

Mr Hunt said: ‘It was great to meet a Ukrainian being hosted by a local family… nothing more English than the village fete to welcome them.’

Norwegian-born Mr Overli, who studied maths at the University of Oslo and also has a degree in economics from Durham University, made his money in the early years of the dot com boom after founding online stockbroker Self Trade in 1997.

Mr Overli has also worked for JP Morgan and as an investment banker at ING Barings.

Wonga fell into administration in 2018, having been heavily criticised by politicians, including Labour Party leader Ed Miliband, as a leading example of ‘predatory lending’, having agreed loans to people who would never have been able to repay them.

Around 200,000 customers still owed a total of £400 million when Wonga collapsed following a flood of compensation claims. 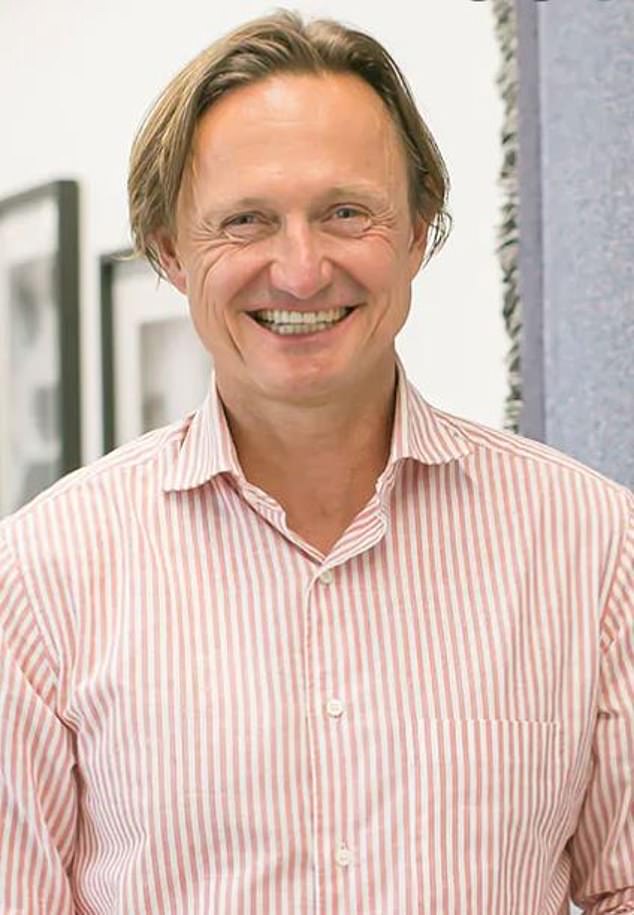 Haakon Overli, 52, is said to have begun a love affair with the Eastern European woman after taking her into the family home in Surrey following the Russian invasion

Campaigners accused the controversial firm of being a ‘legal loan shark’ and exploiting customers by offering small loans which rapidly built up astronomical interest rates which many struggled to pay back.

Some customers faced interest rates of up to 5,853 per cent before the government intervened, limiting the rats to 1,500 per cent.

Wonga also charged interest at annual percentage rates that equated to an eye-watering 1,509 per cent.

In the years after his time at Wonga, Overli co-founded Dawn Capital, which describes itself as Europe’s largest specialist business-to-business software investor.