Former Post Office boss Paula Vennells caused outrage yesterday after trying to shift the blame for an IT scandal that ruined the lives of more than 1,000 postmasters.

The part-time priest, 61, insisted she did not approve prosecutions of her staff and was misled by computer experts.

She said she was told the IT system was like ‘Fort Knox’ by the boss of operator Fujitsu in a letter to the MPs’ business select committee.

Mrs Vennells also blamed postmasters for collapsing a mediation scheme and taking the case to court.

Hundreds of workers were sacked, made bankrupt or wrongly convicted after cash appeared to vanish from their tills between 1999 and 2015.

Former Post Office boss Paula Vennells (pictured) caused outrage yesterday after trying to shift the blame for an IT scandal that ruined the lives of more than 1,000 postmasters

It was later ruled that shortfalls were the result of flaws in the Post Office’s IT system Horizon.

Yesterday it also emerged that the Government, which owns the Post Office, knew about issues with the programme from 2012.

Mrs Vennells’ comments provoked fury among MPs yesterday. Labour’s Karl Turner, a former shadow attorney general, said: ‘The obfuscation in her evidence is an utter disgrace. Vennells has chosen to throw everybody under the bus to save her own skin. She is responsible for ruining postmasters’ lives and she ought to face up to some responsibility.’ 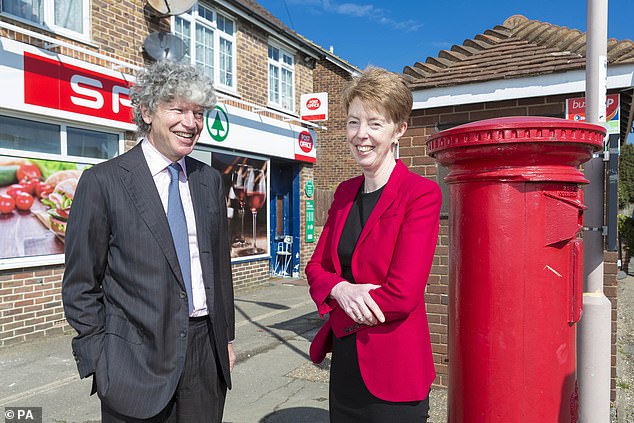 Tory MP Andrew Bridgen added: ‘Paula Vennells has treated MPs and postmasters with contempt and derision. If she’s not responsible as chief executive for this massive miscarriage of justice then who is? Her claims are ludicrous and, if true, would constitute a gross dereliction of her duty as head of the Post Office.’

Mrs Vennells broke her silence for the first time in more than five years in the written evidence to MPs.

The Post Office’s legal battle against its staff has cost taxpayers more than £100million.

He said an additional 560 postmasters have applied to a new scheme for compensation.

The cases of 47 staff given criminal convictions – after being accused of crimes due to flaws in the Horizon IT system – have been sent to the Court of Appeal to be reconsidered.

Another 900 prosecutions are being reviewed.

She said: ‘I remember being told by Fujitsu’s then CEO when I raised it with him that the system was ‘like Fort Knox’.’

Mrs Vennells went on to blame her own staff, saying it was the responsibility of the Post Office’s top lawyer to oversee prosecutions.

The former chief has been accused of covering up the scandal and driving postmasters into a court battle to prove they were wrongfully accused.

In December, former staff won a £58million settlement after the Post Office capitulated and apologised.

Three separate inquiries have now been launched to find out how an arm of the state was allowed to persecute its own staff for so long. The Daily Mail has led the way in exposing the scandal as part of the Save Our Post Offices campaign. The Government has resisted an inquiry, which could root out ex-ministers’ role.

Mrs Vennells joined the Post Office in 2007 and took the top job last April. The married mother-of-two, who was paid £4.5million during her tenure, was made a CBE for services to the Post Office last year.

In her statement to MPs, Mrs Vennells added: ‘I am deeply sorry for those… who have suffered, for their families and colleagues, and for what they have been through.’

Nick Read, the new chief executive of the Post Office, said bosses ‘got some things wrong’ and now need to focus on the best way forward. 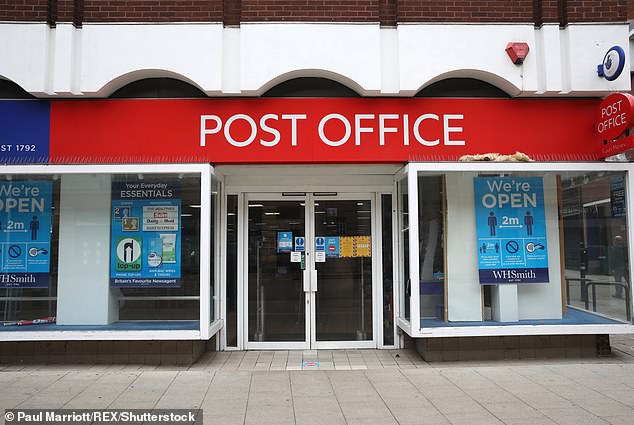 Mrs Vennells joined the Post Office in 2007 and took the top job last April. The married mother-of-two, who was paid £4.5million during her tenure, was made a CBE for services to the Post Office last year

By James Salmon City Editor for the Daily Mail

The boss of Royal Mail has pleaded for an overhaul of 180-year-old laws requiring it to deliver post anywhere in the UK for the same price.

Chairman Keith Williams said the postal service is battling for survival and the decline in letters being sent has accelerated during the coronavirus crisis.

He believes this makes it impossible to be viable without looking again at its so-called Universal Service Obligation. The rules legally require Royal Mail to deliver post to any address in the country for the same price from Monday to Saturday. They have been in place since the Penny Black – the world’s first postage stamp – was launched in 1840.

Royal Mail, which yesterday announced plans to slash around 2,000 management jobs – said it has become increasingly unprofitable. It has also allowed rivals such as DHL and Hermes to become more dominant in the parcels business.

In an open letter to ministers, Mr Williams, 64, revealed the postal service was losing £1million a day and letter volumes had slumped by a third during the lockdown. He said it was ‘impossible to achieve sustainability without looking at our Universal Service Obligation’.

But James Daley, of consumer campaign group Fairer Finance, said: ‘It keeps every corner of Britain connected and is a lifeline for many rural communities. It would be an absolute travesty if it was axed.’

Royal Mail must provide the service until at least next year. Ofcom said it is under review.