A former Playboy model accused of murdering a California psychiatrist and stuffing his body in the trunk of a car after he stopped paying her rent has quietly accepted a plea deal.

Kelsey Turner entered an Alford plea on Wednesday, which means that she avoids a trial and maintains her innocence of the heinous 2019 murder, but accepts the punishment of a guilty verdict on a second-degree murder charge.

Investigators said Turner and Dr. Thomas Burchard, 71, were in a relationship and that the child psychiatrist was paying her rent for at least a year before he traveled from California to Las Vegas to tell Turner that he could no longer foot the bill, which led to a fight.

Turner and her then-boyfriend allegedly bludgeoned Burchard to death with a baseball bat, and stuffed his body into the trunk of Turner’s Mercedes Benz on a desert road in rural Nevada.

Turner entered the plea on Wednesday and stipulated to facing 10 to 25 years in prison when she’s sentenced in January, Law & Crime reported. Her next court appearance is scheduled for November 15.

Former Playboy model Kelsey Turner who is accused of murdering Dr. Thomas Burchard, 71, and stuffing his body in the trunk of a car after he stopped paying her rent accepted a plea deal 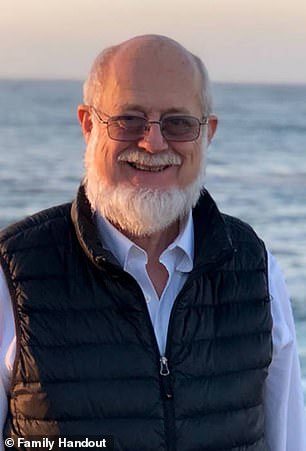 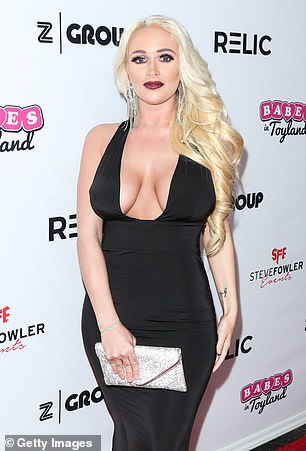 Dr Thomas Burchard’s (left) decomposing body was discovered in the trunk of Turner’s  (right) car on March 7, 2019, in Nevada

Turner and her former boyfriend Jon Logan Kennison previously pleaded guilty to murder and conspiracy in the case. Kennison was sentenced to 18 to 45 years in prison for his role in the murder.

In a jailhouse interview with Access Hollywood, he denied their involvement in the murder and insisted that the victim was not his girlfriend’s ‘sugar daddy.’

Kennison maintained his and Turner’s innocence, saying’ we’re not monsters, we didn’t do it,’ and instead pointed a finger of blame at his girlfriend’s former housemate, Diana Pena.

Kennison confirmed that prior to his death, Burchard had been paying for Turner’s Las Vegas house, car and bills, but denied he was her ‘sugar daddy.’

‘I think he was just a really good friend. He had a good heart,’ Kennison said.

However, after Burchard stopped paying Turner’s $3,200 rent per-month in the fall of 2018, Turner, her two children, and her mother were evicted for not paying rent, Law & Crime reported.

Judy Earp, Burchard’s fiancée and his life partner of 17 years, told Access Hollywood at the time that she had raised concerns with him that Turner and other cash-strapped young women may have been taking advantage of him, but she said he told her: ‘that’s ok, I can afford it.’ 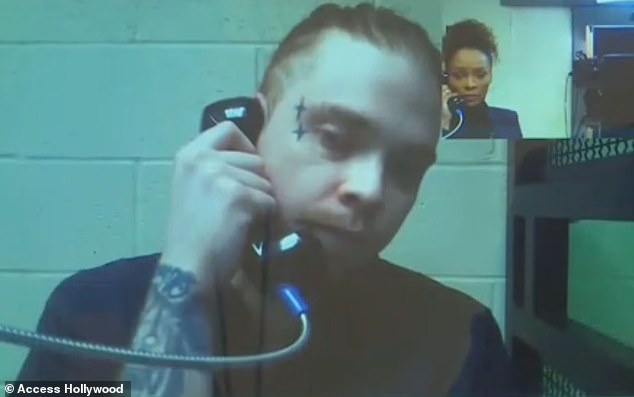 Murder suspect Logan Kennison said in a jailhouse interview that he and his girlfriend, former Playboy model Kelsey Turner did not kill a psychiatrist in Las Vegas in 2019 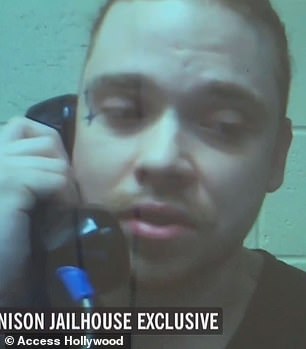 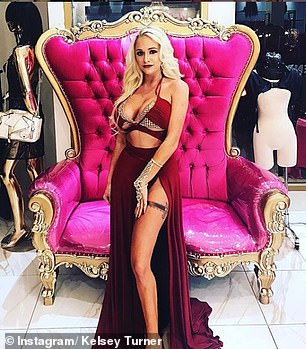 Jon Logan Kennison vehemently insisted that he did not hurt or harm Burchard. He said of himself and Turner: ‘we’re not monsters’ 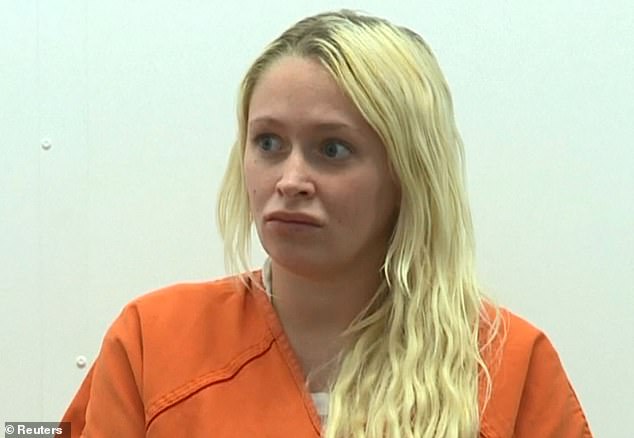 According to Earp, Burchard had given Turner some $300,000 over the years, but just before his death in March 2019, he traveled to Las Vegas to tell the former Playmate that he would no longer pay for her lifestyle.

On or around March 2, 2019, Burchard attended a party at the home of Turner and her boyfriend. According to Kennison, at some point during the evening, the semi-retired child psychiatrist got into an argument with their housemate, Diana Pena.

Kennison claimed that he and Turner left the home on foot out of fear that their neighbors would call the police to make a noise complaint.

When asked how Burchard’s decomposing corpse ended up in the trunk of Turner’s car, he replied: ‘Diana had something to do with it.’

The jailed suspect further added that ‘it sounds like’ it was Pena who killed the psychiatrist. 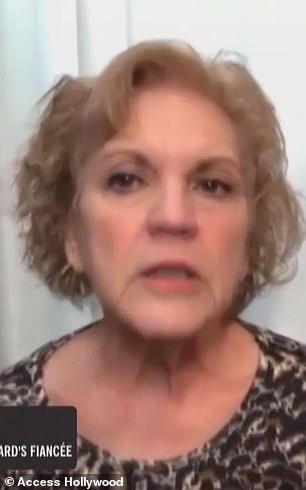 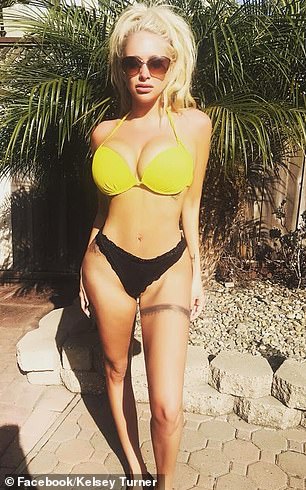 Burchard’s fiancée, Judy Earp (left), said he had given Turner around $300,000 over the years. She said prior to his death, he traveled to Las Vegas to tell the model he was cutting her off 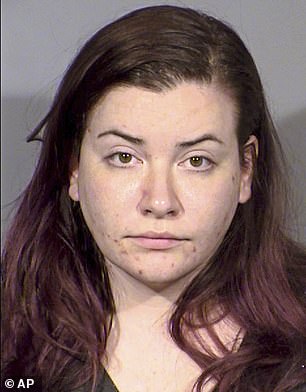 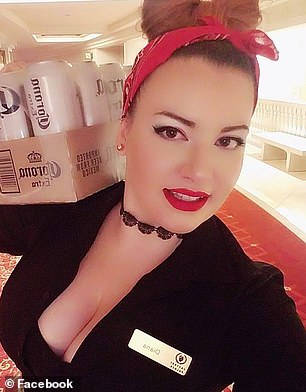 Kennison pointed a finger of blame at Turner’s housemate, Diana Pena (left and right), implying that she killed Burchard. Pena testified against the couple before the Grand Jury

In her testimony to the Grand Jury, Pena said it was Kennison who chased Burchard with a baseball bat after the doctor got into an argument with Turner.

Pena claimed to have seen Burchard emerge with a bruise on his head and demand medical attention. As the victim waited in the car to be taken to the hospital, the housemate said Kennison and Turner instructed her to clean up the blood in the apartment.

Pena ultimately pleaded guilty to accessory to murder in connection with Burchard’s death and will testify against Kennison and Turner, who could a life in prison, if convicted.

The 71-year-old man’s body was found in the trunk of the Mercedes on March 7. An autopsy determined that he died of blunt force trauma to the head. 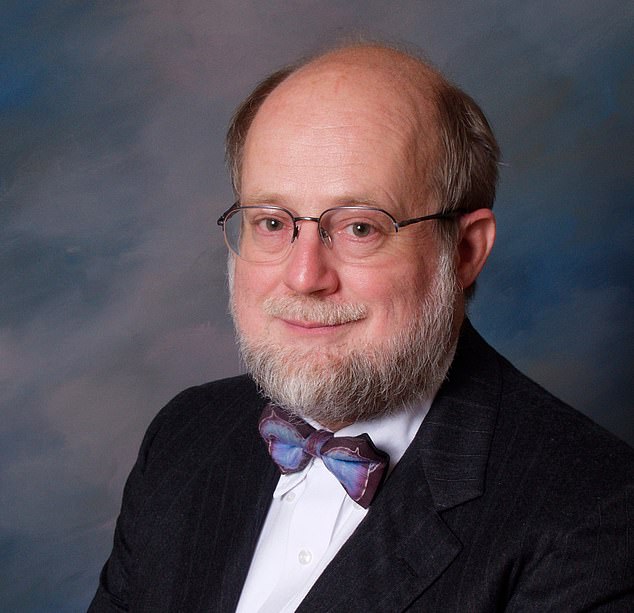 Kennison denied claims that Burchard had been Turner’s sugar daddy, but admitted that the elderly man had been paying her rent and bills 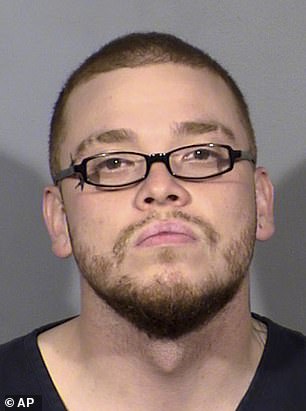 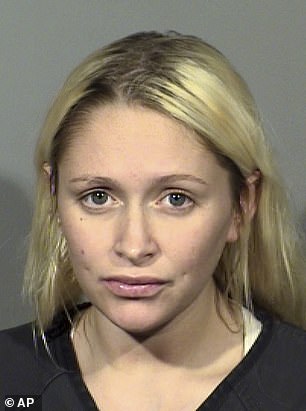 Kennison was sentenced to 18 to 45 years in prison for his role in the murder. Turner’s next court appearance is November 15

‘Blood evidence in the back seat suggested Burchard was attacked in the vehicle,’ police said in Turner’s arrest warrant application.

When asked directly during the jailhouse interview whether he killed Burchard, Kennison said: ‘no.’