Former Liverpool and Barcelona star Luis Suarez arrives at new club Gremio in style as he is unveiled to 30,000 fans with huge sparklers and smoke – after joining the Brazilian Serie A side on a two-year deal

Former Liverpool and Barcelona star Luis Suarez arrived at Gremio in style after being unveiled to his new fans with huge sparklers and smoke.

The Brazilian club confirmed the signing of Suarez on Friday after the 35-year-old’s contract with boyhood Uruguayan club Nacional expired.

The side, based in the city of Porto Alegre, returned to Brazil’s Serie A after a successful campaign in Serie B. 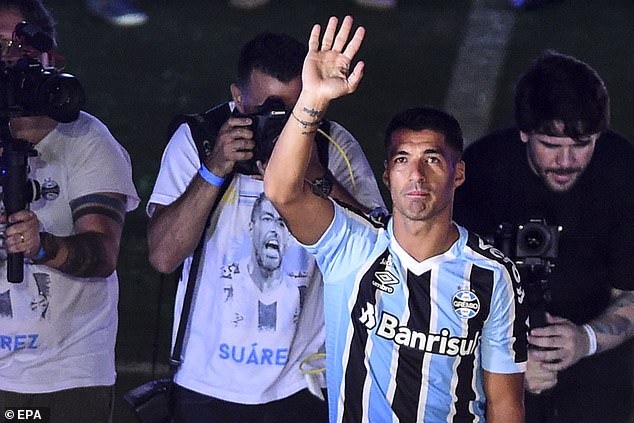 And on Wednesday night, the club posted footage of Suarez walking out of the tunnel to more than 30,000 fans at the Arena do Gremio who could not contain their excitement as the striker appeared.

Suarez waved to and applauded his new fan base as he walked onto the pitch with huge sparklers either side while they chanted his name.

It’s an exceptional welcome for Suarez  – who turned down opportunities in the MLS or a big-money pay-cheque like those offered by some teams in the Middle East.

He will join a Gremio side where former Liverpool star Lucas Leiva also played, before the 35-year-old midfielder was forced to stop playing football indefinitely after a heart problem was detected in routine pre-season checks. 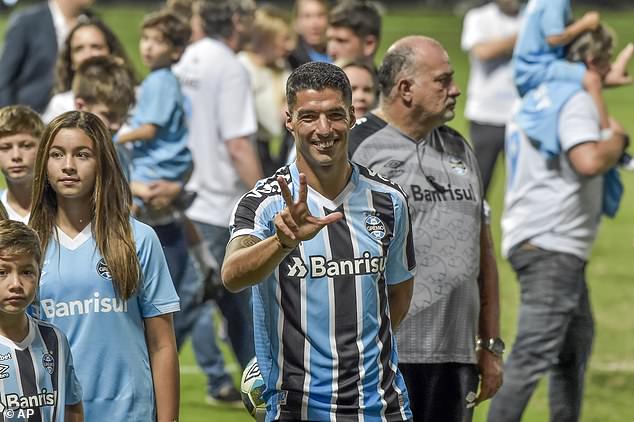 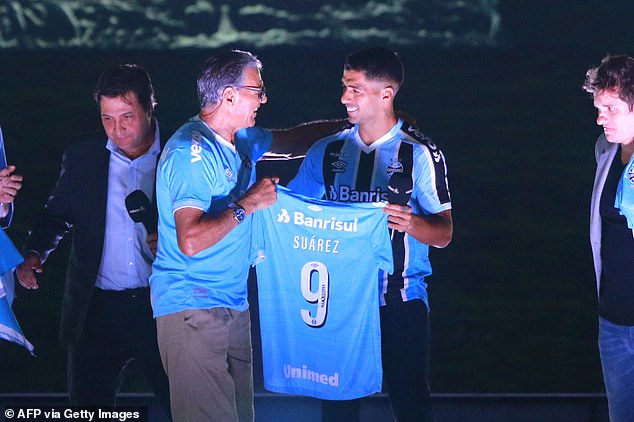 Suarez previously played for Uruguayan side Nacional, where he started his career, and since his return to the club in July of 2022, he scored eight goals in 14 league games.

The veteran figure had a 16-year-spell in European club football, first with Dutch clubs Groningen and Ajax, before moving to Liverpool in 2011.

After three years at Anfield, Suarez moved to Barcelona for six seasons, before transferring to LaLiga rivals Atletico Madrid for a further two years.

The striker is Uruguay’s all-time top goalscorer on the international stage, but he was unable to stop his country from being eliminated at the group stage of the recent 2022 World Cup, falling behind Group H winners Portugal and runners-up South Korea, who eclipsed the South Americans on goals scored.