A former Rideau Hall employee who resigned in June is warning that problems at the institution go well beyond workplace harassment and include an instance of racism that drove her to leave the public service altogether.

Khadija El Hilali said the Rideau Hall workplace is “toxic, unhealthy, and unsafe” for employees who are Black, Indigenous or people of colour. She said the discrimination she experienced working for the Governor General took a toll on her mental health.

El Hilali told CBC News she chose to end her contract early after management reprimanded her for sharing her feelings about racism and the death of George Floyd at the hands of Minnesota police in an email she sent to staff. She said a white employee was later praised as courageous for raising the same issues at work.

“I felt ostracized,” El Hilali, who identifies as Afro-Arab. “I felt inferior, that I was insignificant. My voice didn’t matter because I was racialized … I did feel hurt. I remember crying for what felt like days.

“I literally didn’t sleep for a couple of weeks. I kept going through the chain of events over and over again.”

She said she’s sharing her story publicly to urge the next governor general and future Rideau Hall officials to make racial equality a priority.

The government is working to rebuild the governor general’s office after Julie Payette and her second-in-command, Assunta Di Lorenzo, resigned in the wake of a damning report by a consulting firm that found the pair presided over a “poisoned” and “toxic” workplace.

The consulting firm’s mandate was to define the scope of the problem, not to determine fact. The report says workplace investigators documented “allegations of yelling, screaming, aggressive conduct, demeaning comments and public humiliation.”

Rideau Hall did not refute or address any of the specifics of El Hilali’s case in its response to CBC News. The office said it’s in an “important period of renewal” and is “taking meaningful action regarding the unjust treatment of Black people, other racialized groups, and Indigenous peoples in our society.”

The Rideau Hall office said it endorses the call to action issued by Clerk of the Privy Council Ian Shugart last month to end “all forms of discrimination and oppression” across the public service. Shugart wrote to the heads of all departments urging them to combat racism so that employees feel “empowered and safe to speak up when they witness barriers to equity and inclusion.”

‘There was a lot of silent suffering’

El Hilali said she did not take part in the consulting firm’s workplace review of claims of harassment because investigators didn’t contact her.

She said she joined Rideau Hall’s Chancellery of Honours as a university student in the summer of 2018 through the government’s student work experience program. El Hilali said her goal was to bridge from a part-time contract to full-time, permanent employment upon graduation from Carleton University.

Over the subsequent two years as a program assistant, she said, she regularly experienced fraught interactions related to her racial background, such as coworkers confusing her with other dark-skinned employees and repeatedly mispronouncing her name. Conversations about “race were always diluted or minimized,” she said.

“There was very little representation of us and our voices were often silenced if we brought up issues,” she said. “There was a lot of silent suffering. People feared speaking up … I felt alone”

El Hilali said she hit her breaking point in June 2020 after being told she was being reprimanded for emailing more than 200 staff about racism.

She said she was deeply affected by Floyd’s death in police custody and saw her Black colleagues “distressed and heavily impacted” as well. Floyd, a 46-year-old Black man, died on May 25 after Minneapolis police officer Derek Chauvin pressed his knee into his neck for eight minutes and 46 seconds.

His death sparked protests around the world — including one on Parliament Hill which saw Prime Minister Justin Trudeau appear and kneel with the crowd. Trudeau later said systemic racism “is an issue across the country, in all institutions.”

As companies and federal organizations confronted the issue and made public statements reaffirming their commitment to fighting racism and discrimination in the workplace, there was “absolute silence” at Rideau Hall, El Hilali said.

She said that, more than a week after Floyd’s death, she emailed her manager asking if she could send a group email about racial injustice. According to her June 3, 2020 email to her superior, viewed by CBC News, she asked to show employees what “their minority colleagues are going through right now and what goes on every day.”

After she didn’t hear back from the manager for a day, she said, she sent the email anyway. El Hilali said she did not want to see the managers involved named in this story because she sees them as part of a larger problem within the system. CBC News emailed all four of the individuals involved, but they did not provide a comment.

In the email she sent to staff, El Hilali wrote about Floyd’s death, forwarded a three-page document on the definition of white privilege and linked to petitions, educational books, movies, TV series and articles on the issue.

“It is not the job of only Black people and people of colour to continuously speak up against racism'” El Hilali wrote in the June 4 email, viewed by CBC News. “I invite and urge you to use your privilege to make a change.”

El Hilali said that within 10 minutes of sending the email, she received a call from a member of management who said Di Lorenzo had seen the message and had asked that it be recalled immediately because it was political. CBC News contacted Di Lorenzo for comment but did not receive a response from her or the law firm representing her.

“The tone was very aggressive,” El Hilali said. “I was told that this was a political matter and that the organization is apolitical. I tried for a few minutes to explain how this racial equality is not a political matter. It’s not something that’s up for debate.”

El Hilali said she followed the directive and recalled the email. By that point, she said, some staff members had viewed it already.

CBC News viewed a series of emails from El Hilali’s coworkers thanking and applauding her for starting an important conversation at work. Some said they were proud of her and had shared the email with friends and family.

“Thank you for being the voice we needed,” wrote one employee.

Another colleague wrote that the message “caused a lot of people to confront things that make them feel uncomfortable, myself included.”

During a virtual weekly office staff meeting with about 30 people the next day, El Hilali said, a white colleague talked about how she was struggling with what was going on in the news surrounding Floyd’s death and told her colleagues about a planned protest.

El Hilali said the same superior who reprimanded her for sending the email thanked her white colleague for having the courage to speak up and share her feelings in a group setting.

“How can [a member of management] reprimand a Black employee who speaks out about an issue, but then praise and compliment a white employee who expressed the same thing?” she wrote in her resignation letter, which was submitted to Di Lorenzo on June 12, 2020.

She said she emailed another member of Rideau Hall management on June 16 and said she could see herself staying in the job if Di Lorenzo issued a statement apologizing for asking her to pull back the email about Floyd.

El Hilali said management accepted her resignation and wrote in a June 16 email that they sincerely regretted her choice to leave and thanked her for discussing how the office “may better foster a culture of inclusion” and “promote diversity.”

“It sounds like the status quo for the public service,” said Ifill, an economist at Innovation, Science and Economic Development Canada (ISED). “Black employees are often reprimanded for bringing up issues pertaining to our racialized experience.”

Ifill said that when she spoke up during a staff meeting in June about how Floyd’s death was affecting people of colour already stressed by the pandemic, a director told her that everyone was suffering — not just Black employees — and that if she needed help she should go to the Employee Assistance Program.

Ifill said she’s currently on sick leave and filed a human rights complaint in September over claims of pay discrimination, harassment and bullying spanning more than a decade at multiple government departments.

“Most of my career in the public service has been riddled with harassment, isolation, gaslighting, dismissal of concerns and microaggression,” she said. “It was abusive … I felt devalued. I’ve felt that I was worth nothing.”

She said that Black employees who speak out face management reprisal, are “blackballed” and risk getting bad job references that can prevent them from moving on to other jobs.

“It’s that feeling of being stuck that’s actually the most disempowering,” she said.

“There has been steady progress over the past decade, but many gaps remain. In particular, the lack of diversity in leadership roles across the public service has been persistent and must be addressed,” the department said in a statement.

The department said it has created a diversity and inclusion task force and is committed to “addressing and dismantling structural and systemic racism and discrimination.”

“We are learning from lived experience through ongoing employee consultation and safe space discussions.”

WATCH | ‘We have to go into battle every time we go into work’: Erica Ifill on being Black in the public service 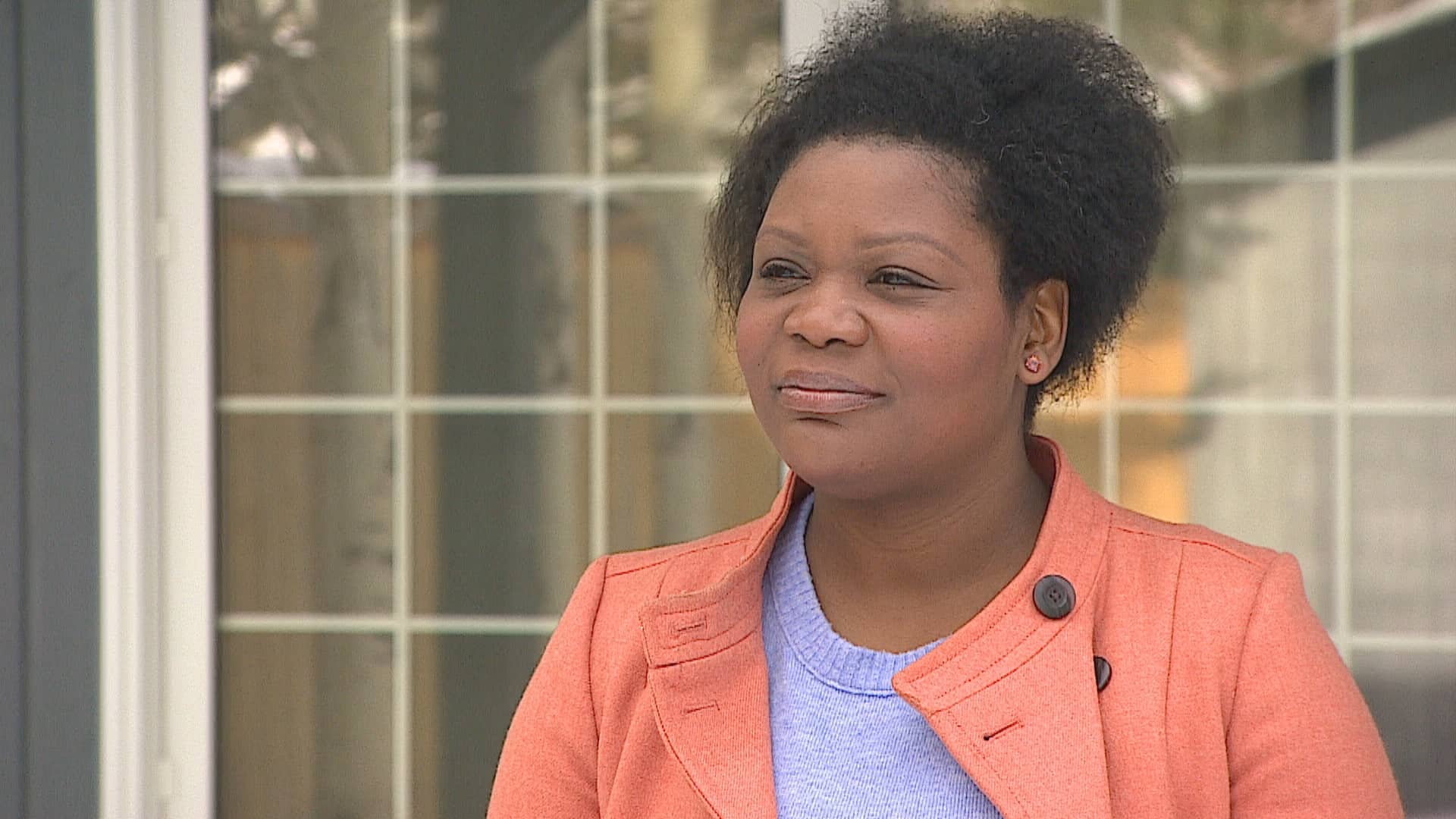 Erica Ifill, member of the Federal Black Employee Caucus, says discrimination against Black employees in the public service is the ‘status quo’ and not enough is being done to address it. 3:00

A group of current and former Black civil servants launched a proposed class action lawsuit late last year alleging decades of discrimination in federal departments kept them from being promoted.

The Privy Council Office told CBC News that several initiatives are underway “to foster greater diversity, inclusion and accessibility in the public service, including creating a Centre on Diversity and Inclusion.”

“The Centre will co-develop initiatives with employee communities and stakeholder groups that continue to face barriers to representation and inclusion, leveraging the lived experiences of public servants to foster an ongoing dialogue for positive change,” wrote the department in a statement to CBC News.

Rideau Hall added it is “committed to fostering a work environment where every employee feels heard and empowered, where authentic dialogue is encouraged and public service values are respected.”

The Trudeau government pledged during its speech from the throne last September to “address systemic racism.”

“Many people – especially Indigenous people, and Black and racialized Canadians – have raised their voices and stood up to demand change,” said Payette, reading the speech. “They are telling us we must do more. The government agrees.”

Trudeau repeated that message last week during a press conference and reflected on the Black Lives Matter protests across Canada.

“I saw you,” said Trudeau on Friday. “I heard you. And I agree. It’s past time for change.”

But Eli Hilali said it isn’t enough for Trudeau to keep promising to do more. She has launched an online petition calling for mandatory inclusion and diversity training for all students at Carleton University and the University of Ottawa to help eliminate discrimination.

“Anti-Black and any sort of racism is not political; it is basic human rights that everyone deserves,” El Hilali concluded in her resignation letter.