Ingram, who plays Reva Sevanda – the Third Sister – in the new miniseries Obi-Wan Kenobi – on Monday revealed the racist messages sent to her by Star Wars fans.

McGregor, 51, defended the 29-year-old actress and said he had been ‘sickened’ by the messages.

‘There’s no place for racism in this world,’ the actor said in a clip Star Wars posted to its Twitter on Tuesday.

‘It seems that some of the fan base… have decided to attack Moses Ingram online and send her the most horrendous, racist DMs. I heard some of them this morning and it just broke my heart.’

McGregor praised Ingram as ‘a brilliant actor,’ ‘a brilliant woman’ and ‘absolutely amazing in this series,’ adding that he had been ‘sickened … that this had been happening. 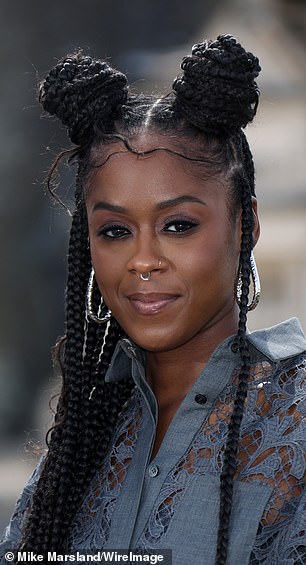 The latest Ewan McGregor, 51, defended his Obi-Wan Kenobi costar Moses Ingram, 29, after she said she had been harassed with racist direct messages since the debut of the series last week

‘I just want to say as the leading actor in the series, as the executive producer on the series, that we stand with Moses,’ the Trainspotting actor said. ‘We love Moses, and if you’re sending her bullying messages, you’re no Star Wars fan in my mind.’

Ingram, who portrays Sith Inquisitor Reva Sevander on the Disney+ show, took to Instagram Stories to show off a series of bigoted messages she received on social media.

Ingram opened up about the sense of helplessness she felt amid the torrent of abuse she had received. 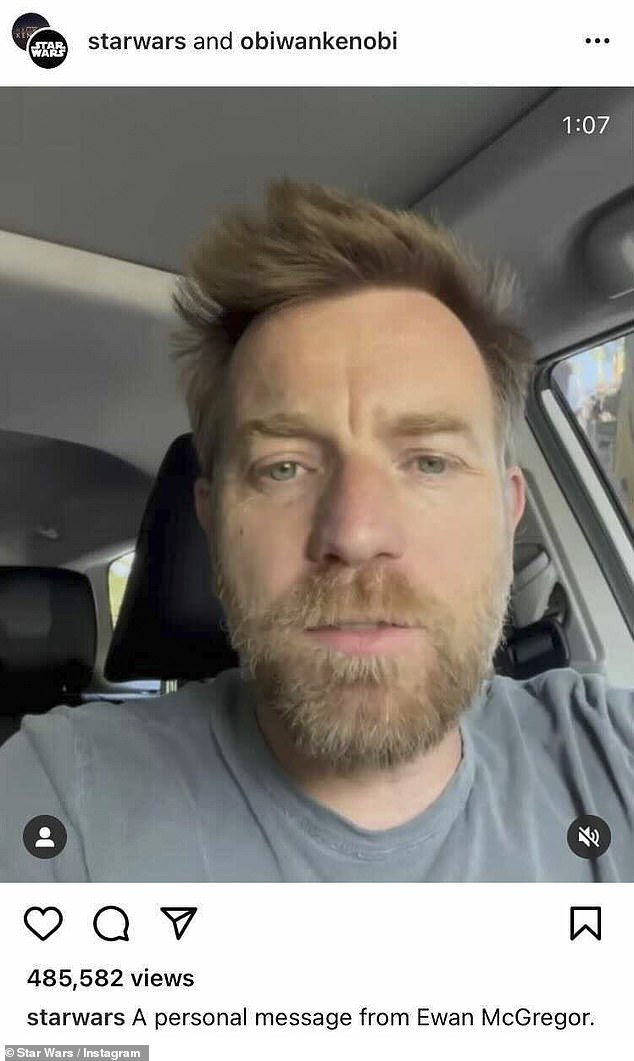 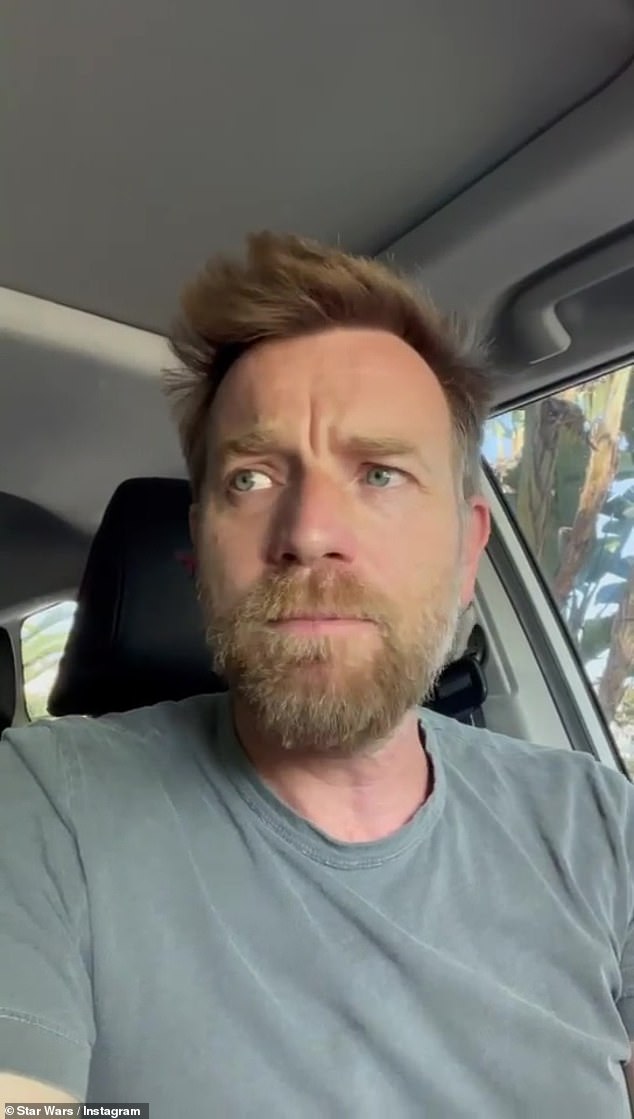 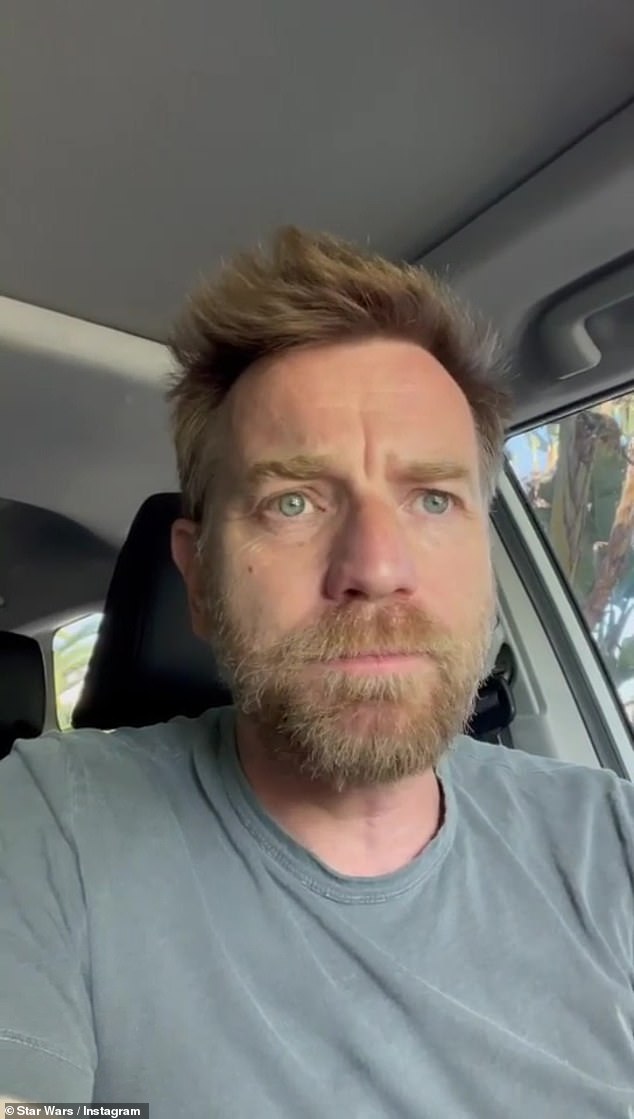 The Trainspotting actor said, ‘We love Moses, and if you’re sending her bullying messages, you’re no Star Wars fan in my mind’

Ingram added, ‘So, I wanted to come on and say thank you to the people who show up for me in the comments and the places that I’m not going to put myself. And to the rest of y’all, y’all weird.’

The Star Wars franchise issued a statement in support of Ingram after she publicly revealed the harassment she had experienced.

‘We are proud to welcome Moses Ingram to the Star Wars family and excited for Reva’s story to unfold,’ a tweet from the account read. ‘If anyone intends to make her feel in any way unwelcome, we have only one thing to say: we resist.’

Another said: ‘There are more than 20 million sentient species in the Star Wars galaxy, don’t choose to be a racist.’ 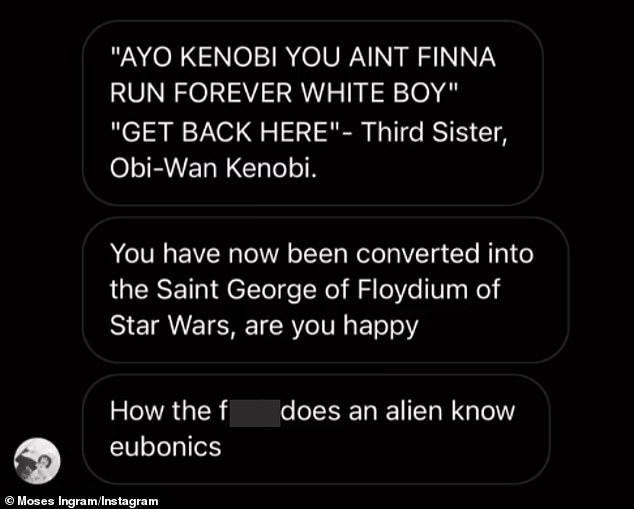 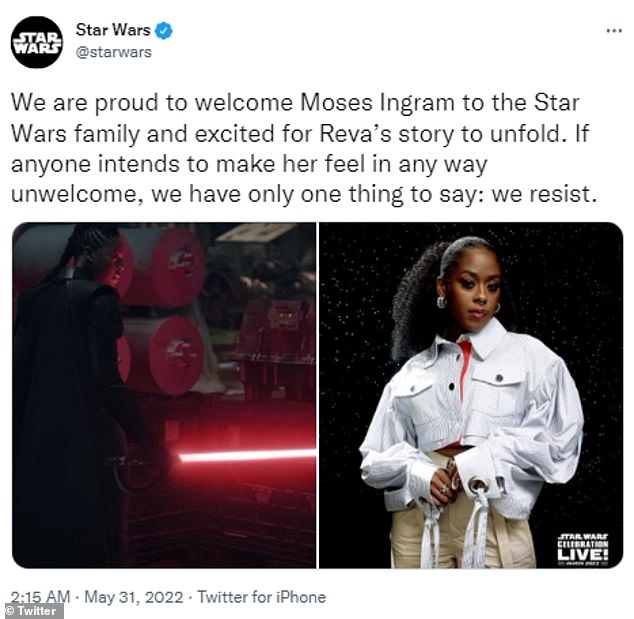 But Star Wars was slammed over the tweet telling critics of its newest show ‘don’t be racist,’ even though the Disney-owned franchise previously shrunk black star John Boyega’s photo on a movie poster to appease Chinese audiences.

Radio show host Dana Loesch hit back at the franchise for the tweets, pointing out how members of its promotions team diminished characters of color to ensure the film would be profitable in China.

‘Didn’t you shrink, or cut altogether, all characters of color from your promotional materials in China so you could get that market’s dollars?’ she questioned, referring to the poster for the 2015 film The Force Awakens.

Boyega, 30, who played lightsaber-wielding Finn in the flick, appeared much smaller on the Chinese advertisement than the U.S. version. The British actor and lead role in the sci-fi epic was placed under Han Solo and Princess Leia, as TIE fighters firing upon the Millennium Falcon take up the right side of the poster.

Ingram took to Instagram on Monday to share a slew of racist comments that had been direct messaged to her.

‘Your days are numbered,’ one message read.

‘You are not the first n**** in Star Wars fool,’ stated another.

She also shared a message from one user alleging she was only hired because of her race, as well as a post connecting her being cast in the show to the pro-diversity culture that followed the murder of George Floyd.

‘You suck loser,’ the Instagram user attacked. ‘You’re a diversity hire and you won’t be remembered for this acting role.’

‘You have now been converted into Saint George of Floydium of Star Wars, are you happy,’ the user added. ‘How the f**k does an alien know ebonics?’

Floyd was was killed two years ago by arresting Minneapolis officer Derek Chauvin who knelt on his neck until he passed out. His death prompted nationwide riots against racism and police brutality.

After she finished sharing the hurtful posts, Ingram, 29, posted a video discussing the hate and how she cannot stop it from spreading.

She added: ‘The thing that bothers me is this feeling inside of myself, that no one has told me, but this feeling that I have to shut up and take it, that I have to grin and bear it. And I’m not built like that. So, I wanted to come on and say thank you to the people who show up for me in the comments and the places that I’m not going to put myself. And to the rest of y’all, y’all weird.’

Stars including Eiza Gonzalez and Kumail Nanjiani chimed in with support for Ingram.

Gonzalez, 32, complimented Ingram as being ‘consistently stellar’ in her work and ‘beyond talented.’

Referring to their collaboration on the movie Ambulance, Gonzalez said she ‘loved getting to work with’ Ingram and congratulated her on landing the high-profile role on the Star Wars series.

He said in a tweet: ‘Moses Ingram is a phenomenal person and actor and I am excited about the decades of amazing work she has ahead of her.’

‘She is a singular talent and a recent addition to the @starwars universe,’ Mount, 49, said. ‘She has also been targeted by racists pretending to be fans because her mere existence threatens a skewed, dystopian fantasy that selectively omits the likes of @therealbillydee and others. We, the Trek Family, have her back.’ 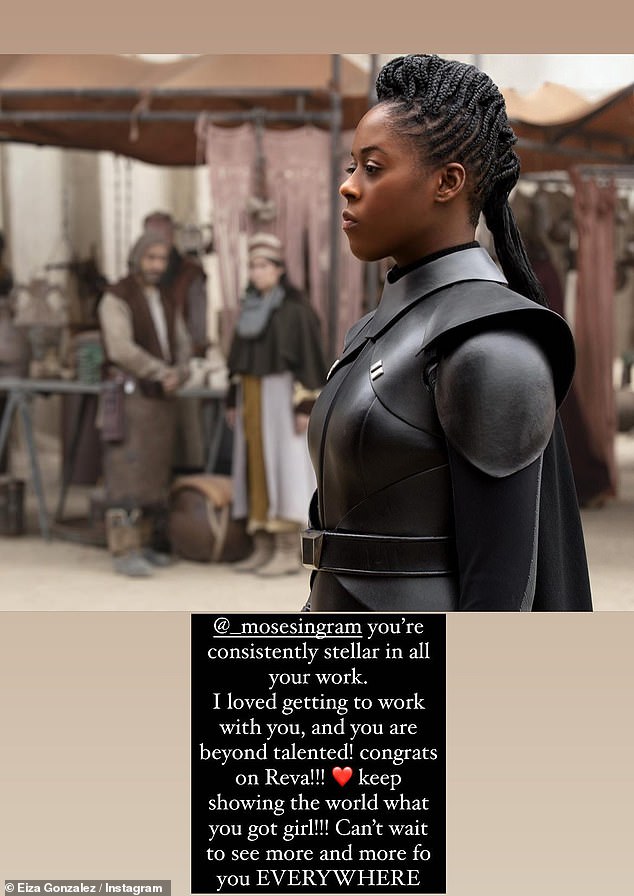 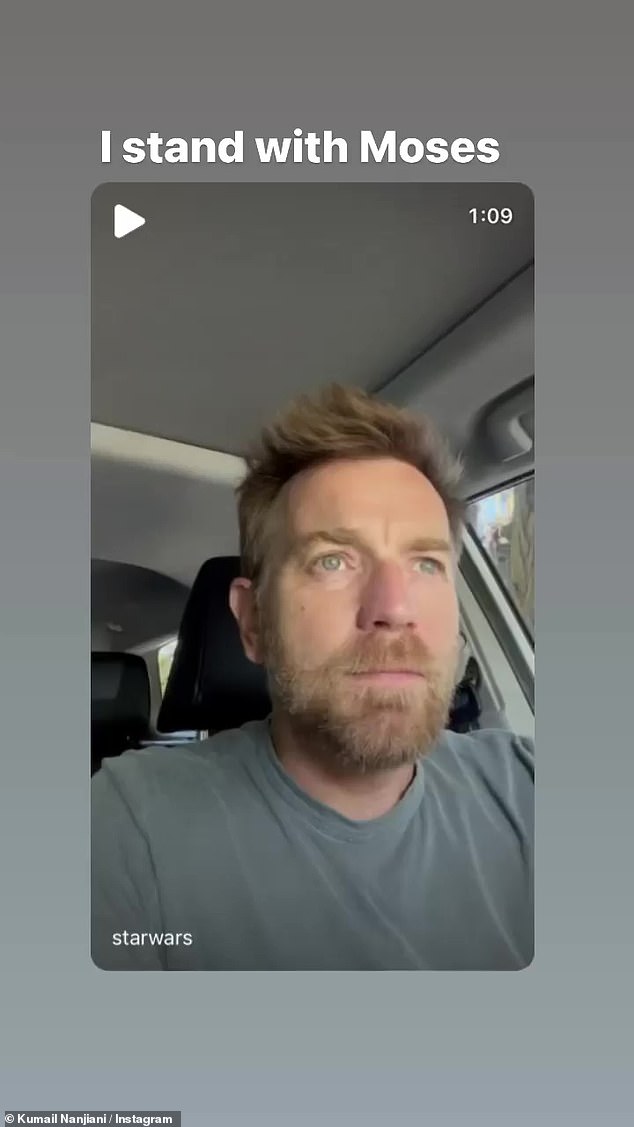 Nanjiani praised Ingram on a personal and professional level

Ingram, in an interview with The Independent last week, said Star Wars had trained her on how to deal with ‘racist online abuse’ when she joined the franchise.

She said Star Wars feared she would be met with the same hateful comments that Boyega and Kelly Marie Tran, who played Resistance mechanic Rose Tico in The Last Jedi, faced while starring in the franchise.

‘It was something that Lucasfilm actually got in front of, and said: “This is a thing that, unfortunately, likely will happen. But we are here to help you; you can let us know when it happens,”‘ Ingram told the outlet.

She said the franchise and Obi-Wan Kenobi Deborah Chow put ‘proper systems in place so I feel safe as we do the work.’

‘Of course there are always pockets of hate,’ she added. ‘But I have no problem with the block button.’