Everton tell board of directors their ‘safety is under threat’ and instruct them to stay at home after CEO Denise Barrett-Baxendale’s car ‘was ATTACKED’ and fans sent ‘malicious, threatening’ messages

Everton’s Board of Directors will stay away from today’s critical home game against Southampton after being advised against threats to their safety.

In an unprecedented situation, Chairman Bill Kenwright, Denise Barrett-Baxendale, the Chief Executive, Finance Director Grant Ingles and Graeme Sharp, one of the club’s greatest players, will stay away from Goodison Park.

This has been one of the most turbulent periods in Everton’s modern history and supporters, who are frustrated by the direction the club have gone in under Farhad Moshiri’s seven-year ownership, will stage a sit in protest after the clash with Southampton ends.

It has been claimed by BBC Sport’s Juliette Ferrington that Barrett-Baxendale’s car was attacked, and the club’s CEO was ‘physically manhandled’ by a fan after Everton’s most recent home match ended in a 4-1 defeat by Brighton.

Barrett-Baxendale was also subjected to ‘misogynistic, sexist and threatening language’ as she tried to leave the stadium in her car.

On Friday night, a 40 second video was published on Twitter showing a series of banners aimed, collectively and individually criticising the board and asking for their removal. The atmosphere has become increasingly febrile.

Everton say Board members have received the instruction following malicious and unacceptably threatening correspondence received by the Club and increasing incidents of anti-social behaviour – including targeted physical aggression – at recent home matches.

A Security & Safety Advisor said: “Following a thorough risk assessment, and in response to tangible threats received by the Club and intelligence we have gathered, the Club’s Board members have been told they must not attend today’s fixture.”

A Club spokesperson added: “This is an unprecedented decision for Everton Football Club – never before has our entire Board of Directors been ordered not to attend a match on safety grounds. It is a profoundly sad day for Everton and Evertonians.’ 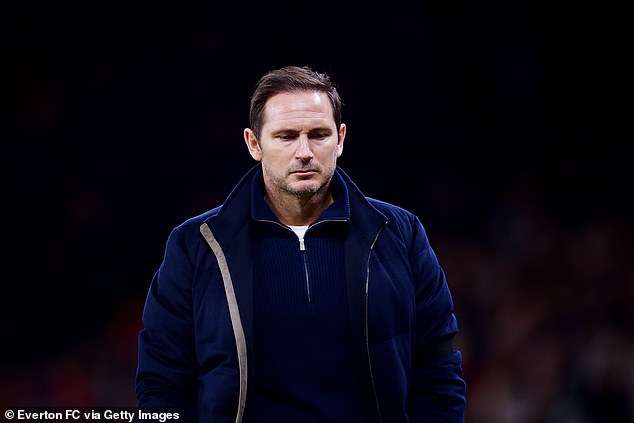 Fans have turned their anger towards the board, with Frank Lampard’s side on a dismal run