‘You all still have to eat a lot of pasta…  it’s coming Rome!’ Fired-up goalscorer Leonardo Bonucci screams into the TV camera and goads the England fans who whistled during the national anthem after Italy were crowned Euro 2020 champions

The centre back scored the equaliser for his country as the Italians came from behind to take the game to penalties, before coming out on top 3-2 in the shoot-out, with Marcus Rashford, Jadon Sancho and Bukayo Saka all missing for England.

And after the Italians lifted the trophy, 34-year-old Bonucci sent a message back home in opposition to England’s famous ‘It’s coming home’ song by screaming into a TV camera: ‘It’s coming Rome!’ 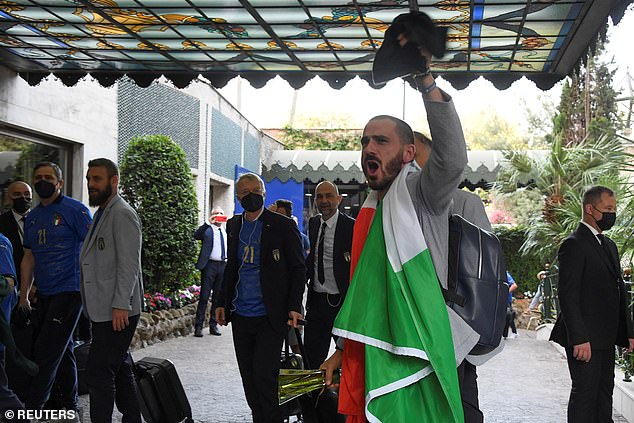 The Juventus defender also said in the aftermath: ‘You all still have to eat a lot of pasta,’ referring to English fans.

He continued: ‘They wanted to bring the cup back to England but we are the ones who will take it to Rome by plane.’

Bouncci made it known how irritated he was by the boos during the Italian national anthem before the game too, saying: ‘We were strong, louder than the noise of the whistles.

‘During the warm-up I said to all my team-mates: let’s plug our ears and play as we know how.

‘This team hasn’t lost in 34 games, we’re a fantastic team. It’s an absurd enjoyment… we are having fun with this ‘.

Italy celebrated after their first European triumph since 1968 as they arrived back in Rome in the early hours on Monday, while for England the wait for a victory in a major tournament goes on. 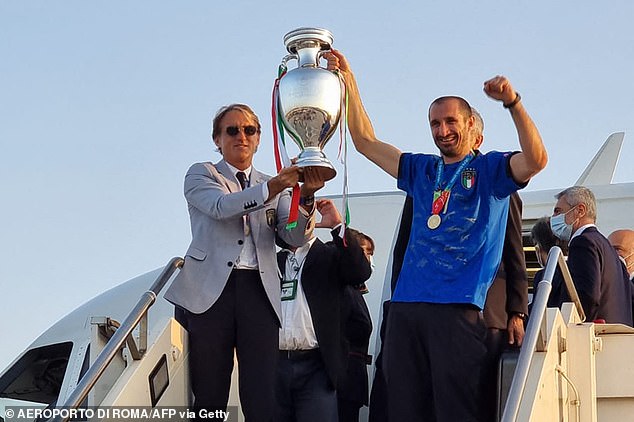 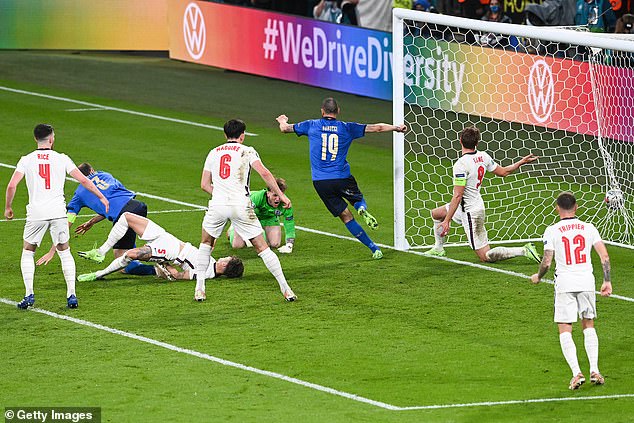 England boss Gareth Southgate paid tribute to his players after the heartbreaking loss: ‘We’re playing against a very good side. We got off to the perfect start. Maybe dropped a little bit too deep.

‘Sometimes when you score that early it’s easy to try and soak up the pressure and try hold onto that and that’s probably what happened. They had a lot of the ball, they had a lot of possession but to be fair we looked fairly in control.

‘We didn’t create too many chances then obviously they got their breakthrough from the set-piece and then after that it was probably a 50/50.

‘In extra-time we grew into the game, had a few half-chances then obviously penalties is penalties. We went through our process. The boys did everything they could, it just wasn’t our night. We should be extremely proud as a group of what we’ve achieved. 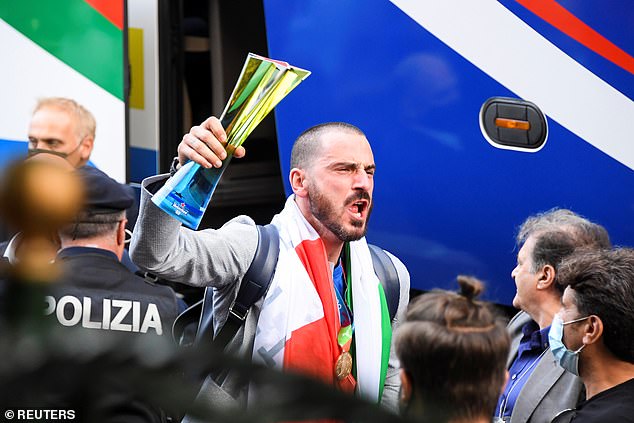 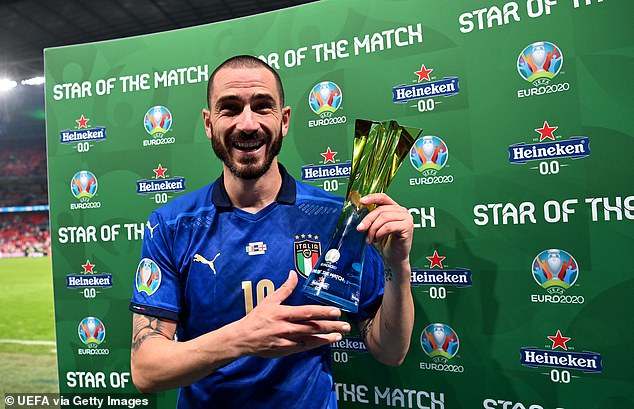 ‘We’re all winners and we want to win so it’s going to hurt for a while and it’ll probably hurt for the rest of our careers but that’s football.

‘We progressed well from Russia and now it’s about continuing that. We’ve got a great squad with loads of young players hungry for more football like this so that’s all we can do.

‘Build and learn and hopefully go into next year in a better way.’ 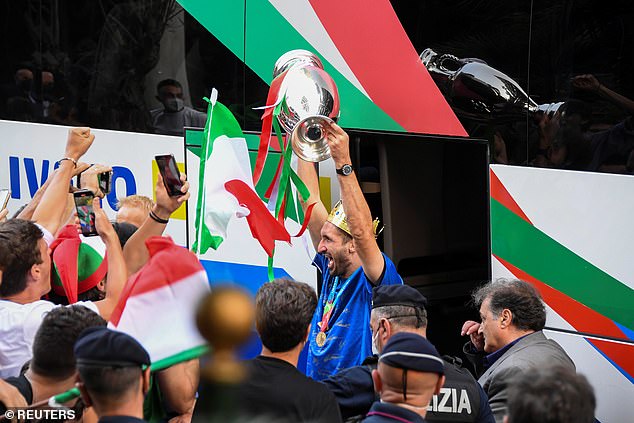