It was launched with great fanfare as a most desirable £3,500 ‘extra’ for anyone buying a Rolls-Royce limousine.

The glow-in-the-dark version of the Spirit of Ecstasy has for four years shone proudly, elegantly lighting the way ahead.

But now the Flying Lady will have her lights unceremoniously dimmed after falling foul of updated EU car safety rules – which are still in force as Brexit negotiations go on.

The light-up figurine has been banned by the European Union, whose latest directives now mean that illuminated bonnet ornaments are now illegal.

It is thought to be part of a much wider crackdown on ‘light pollution’.

Rolls-Royce confirmed it would have to disconnect the figurines but would be offering customers a full refund and a replacement mascot.

One angry driver said: ‘I paid £3,500 for this option, and it’s being switched off like a light bulb.’

Another said: ‘It’s a tragedy – more Spirit of Lunacy than Spirit of Ecstasy.’

The luxury car-maker based at Goodwood in Sussex but owned by German car giant BMW, has quietly withdrawn the option from sale, though a quick online search reveals it still appears on the firm’s website with ‘price on request’.

Following complaints from existing Rolls-Royce owners, the Daily Mail contacted Rolls-Royce which confirmed that it was responding to a change in EU regulations and that it is in the process of informing its customers about the actions it is required to take and the compensation packages it is putting in place.

The shine-in-the-dark ‘Flying Lady’ was offered as an option on all models including the top of the range Phantom, the previous generation of the Ghost, sporty Wraith models, the Dawn cabriolet, and the Cullinan off-roader.

The eighth generation Phantom launched in 2017 costs from £350,000 though most buyers customise their vehicles pushing her final price closer to £500,000. 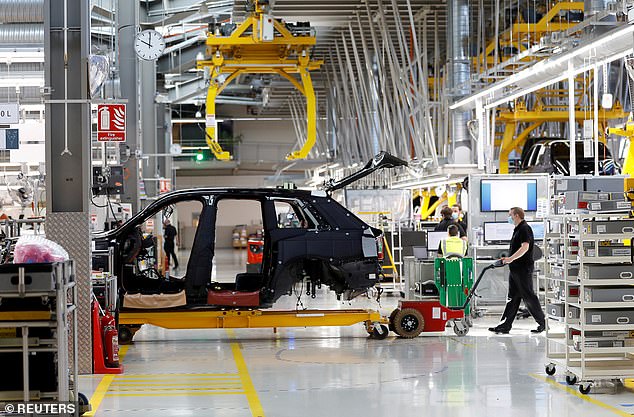 The luxury car-maker based at Goodwood in Sussex (pictured) but owned by German car giant BMW, has quietly withdrawn the option from sale, though a quick online search reveals it still appears on the firm’s website with ‘price on request’

One Rolls-Royce Phantom which currently still has its illuminated Flying Lady intact and shining brightly is currently up for sale with leading independent luxury and supercar dealer Tom Hartley who said: ’It may become a collectors’ item’.

The illuminated Spirit of Ecstasy first appeared on the prototype electric self-driving Rolls-Royce 103EX experimental model unveiled in 2016. Soon afterwards it was offered as a paid-for option on mainstream models.

The Rolls-Royce website notes: ‘Finished with a modern frosted effect, the Illuminated Spirit of Ecstasy creates a striking impression, projecting a crown of light.

Contacted by the Daily Mail, Rolls-Royce confirmed the ‘very popular and much cherished’ illuminated Spirit of Ecstasy was withdrawn as a customer option at the beginning of 2019 because of a change in European Union regulations relating to lighting on cars, believed to be part to a much wider crackdown against ‘light pollution’. 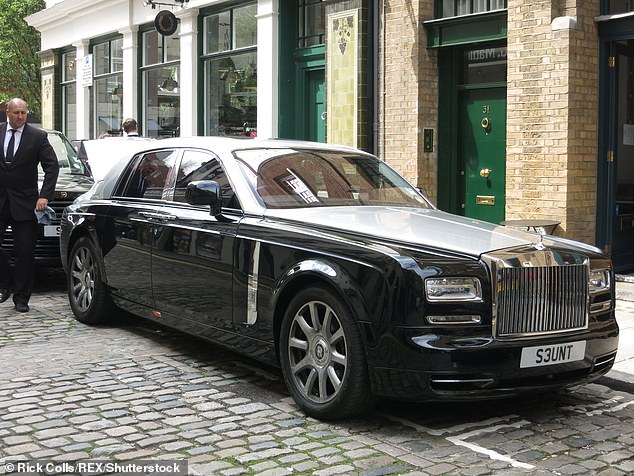 The shine-in-the-dark ‘Flying Lady’ was offered as an option on all models including the top of the range Phantom (pictured), the previous generation of the Ghost, sporty Wraith models, the Dawn cabriolet, and the Cullinan off-roader

It was ‘a little saddened’ to be doing so but felt it had a ‘moral obligation’ to comply with the EU directive.

A Rolls-Royce spokesman said: ’In February 2019 we sent our dealers a bulletin saying we were removing the option of an unlit Spirit of Ecstasy. It was no longer to be sold to customers. It came off the options list.’

The spokesman added: ’We are in the process of putting a package together. We shall write to make an offer of a full refund, a replacement silver-plated Spirit of Ecstasy, or another option from our list.’

‘We felt it our moral obligation. We sold this option in very good faith. We are forced to retract it now through no fault of our own.’

The EU directive which doomed the illuminated Flying Lady is Regulation 48 – ‘UNECR48 – comprising 242 tightly packed pages of technical specifications and drawings under the less than snappy headline: ‘Uniform provisions concerning the approval of vehicles with regard to the installation of lighting and light signally devices.’

The Department of Transport which has oversight of the UK’s Vehicle Certification Agency (VCA) also confirmed: ‘Illuminated bonnet ornaments are not permitted by the EU Whole Vehicle Type Approval process.’