By Alex White For Mailonline

Borussia Dortmund CEO Hans-Joachim Watzke has acknowledged that the German outfit will face a struggle to keep Erling Haaland at the end of this season.

Since the Norwegian superstar’s move from RB Salzburg in January 2020, he has become one of the most prolific forwards in European football, scoring 68 goals in 67 appearances. 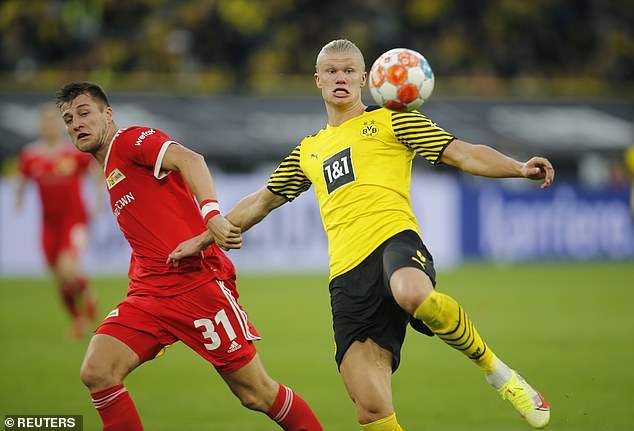 Haaland was even linked with a move away from Dortmund during the summer as Chelsea were keen on bringing him to Stamford Bridge before turning their attention towards Romelu Lukaku.

However, according to widespread reports, Dortmund have an arrangement with the forward that there he will have a release clause between €75 million and €100m which only can be activated in the summer of 2022.

Dortmund are therefore realistic that several clubs across Europe such as Real Madrid and Manchester United will be prepared to pay fee that would see him leave next year.

The Dortmund CEO recently told the German Publication Welt am Sonntag: ‘Of course it will be difficult. 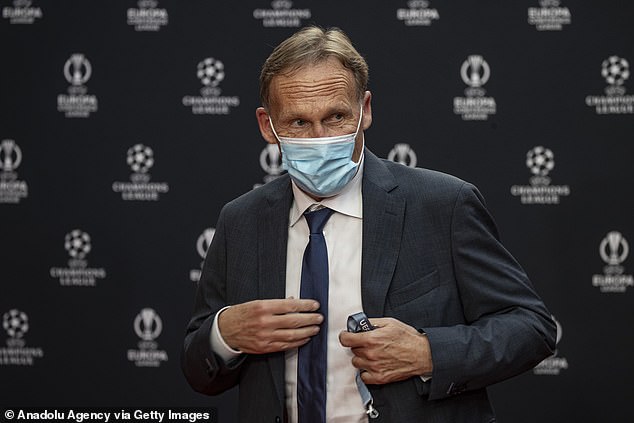 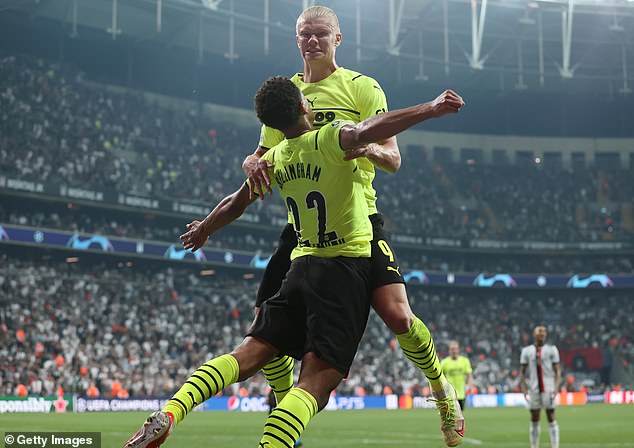 After the club’s 2-1 victory over Besiktas in the Champions League last week, the Dortmund boss Marco Rose was also asked if it would be possible to keep Haaland and England youngster Jude Bellingham.

He said: ‘The two boys are currently players with us. We are happy to have them and anything else is just rumours. In the summer, we will see how it goes for both players.

‘But I will do everything to ensure they stay. Tie them down (to new contracts)? No idea (what the future holds), let’s see.’

In the case where Dortmund is forced to sell Haaland next summer, Watzke has assured the Dortmund faithful that they will find a replacement and added: ‘We have to have the self-confidence to say we’ll find a new top striker again.’