Private equity firms buying up care homes should face stringent tests before being able to ‘extract dividends and profit’, the boss of one of the biggest chains in the sector said last night.

Jeremy Richardson, chief executive of Four Seasons Health Care – which tumbled into administration in 2019 with a £625million debt pile – called for them to be regulated and subject to a code of conduct.

‘But – and this is the big caveat – I don’t think it is acceptable in something like care, which is part of our national infrastructure, for the profit to be made to the detriment or quality of care and investment in the assets.’

Private investors should have to undergo financial, care quality and asset investment tests before buying up the sector, said Mr Richardson, who has run the troubled Four Seasons chain of 180 homes since December 2019.

He suggested that if a chain has a series of homes rated inadequate it would not be ‘appropriate’ to take dividends and profits out of the business.

The Mail is campaigning to highlight the growing problem of private equity firms snapping up a wide range of companies, with some 123 businesses worth £36billion sold off during the pandemic.

Labour health spokesman Liz Kendall said: ‘The Daily Mail are absolutely right to be campaigning on this crucial issue.

‘The consequences of getting the regulation of care homes wrong are appalling – for frail care home residents, their families and the taxpayer.’

Private equity firms started buying up homes in earnest two decades ago, seeing an opportunity in consolidating them into large groups with economies of scale. 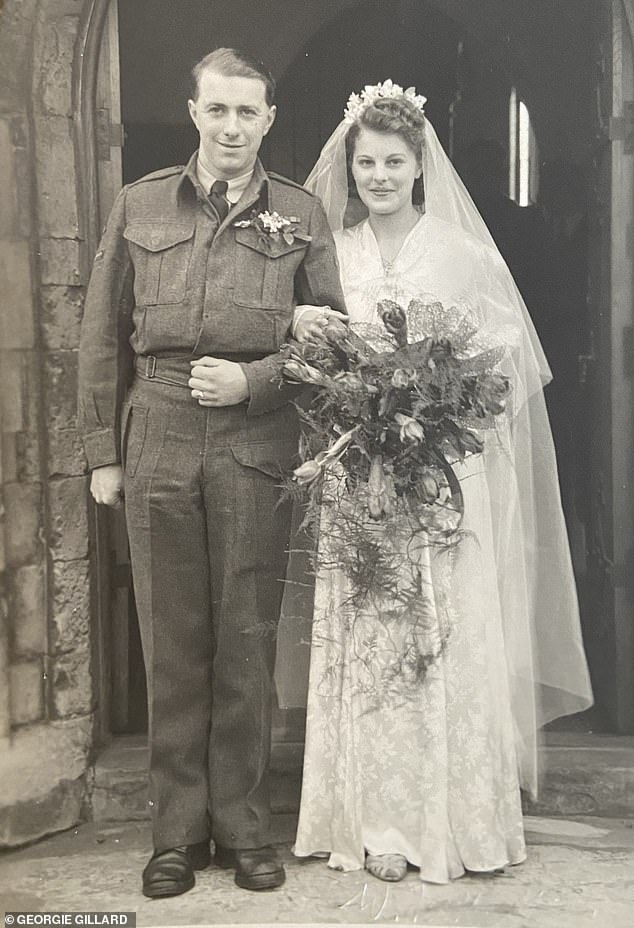 Enid Trodden, on her wedding day to Brian Trodden in 1945. Lesley’s mum Enid Trodden died after suffering from the substantial failings in care at Orchid View care home

Some eyed the vast amounts of property care groups owned, selling the homes for a profit and then leasing them back.

US private equity giant Blackstone sold off hundreds of the properties at Southern Cross, the country’s largest care home chain, after it bought the group in 2004.

When it listed the group on the stock market in 2006, Blackstone – led by billionaire Stephen Schwarzman – made a £600million profit in two years.

Blackstone sold its holding but when the financial crisis hit, the group was unable to pay its landlords. It soon collapsed, leaving around 300,000 residents in limbo as landlords rushed to find new care home providers.

Two of the country’s largest groups – HC-One and Care UK – are still in private equity hands, while several smaller groups have also been passed from one City investor to the next. For most, including Four Seasons – which was owned by the private equity firm Terra Firma until it went bust – their finances become more fragile with every change of ownership as successive buyout vultures try to squeeze out profits.

And for long-suffering residents paying hundreds of pounds every week for care, this has meant slipping standards and corners cut.

Former work and pensions secretary Baroness Altmann said: ‘Time and again, it has been proven that private equity is not a secure business model to promise to house people for the rest of their lives.

‘Financiers make huge amounts of money while people in care homes are often paying everything they have for services. 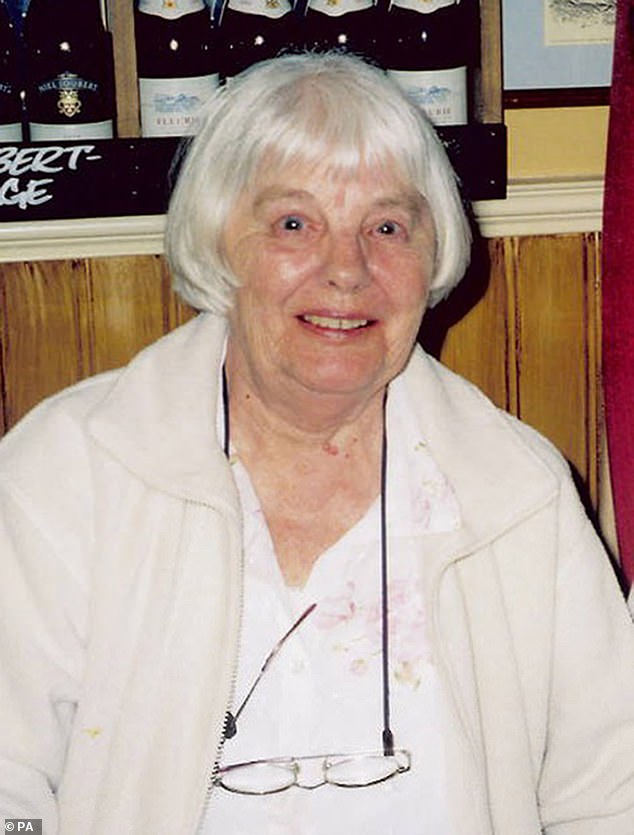 ‘The Government must reform adult social care. I don’t think private equity firms or hedge funds should have any role in delivering lifelong care for vulnerable people. Something has to change.’

Families of elderly residents at Four Seasons started to notice standards were slipping there three years ago. It had spent decades passing through the hands of various private equity owners.

By 2019, under the ownership of Guy Hands’s firm Terra Firma, the business was in dire financial straits. Residents and their families soon picked up on the money troubles, as heart-breaking messages to the charity helpline Compassion in Care made clear.

The daughter of one previously happy elderly resident called the helpline saying: ‘A lot of things seemed to be going wrong – laundry not being done, the food was not as good. Cheap and nasty sums it up.’

By 2019, Four Seasons and its then 322 homes were struggling with a £625million mountain of debt used to fund expansions.

Terra Firma planned to pay off loans using the private equity technique of cutting costs and ramping up fees. But it never managed to clear the debt and the chain fell into administration.

Since then, some homes have been passed on to new owners while the core is still being held by administrators who are looking for a buyer.

Four Seasons’ founder Robert Kilgour, who first sold the chain to the private equity group Alchemy in 1999, said he ‘wouldn’t do that again’ and described the way it was run down as ‘obscene’.

The daughters of residents who died after suffering abuse at a Southern Cross care home have hit out at private equity firms who use the elderly as ‘cash cows’.

Enid Trodden and Doris Fielding were among the 19 residents who passed away following years of neglect at £4,000-a-month Orchid View – dubbed ‘Britain’s worst care home’.

A Serious Case Review was ordered after major failings were identified at the home in Copthorne, West Sussex, between 2009 and 2011. The damning report made more than 30 recommendations to prevent future ‘institutionalised abuse’. 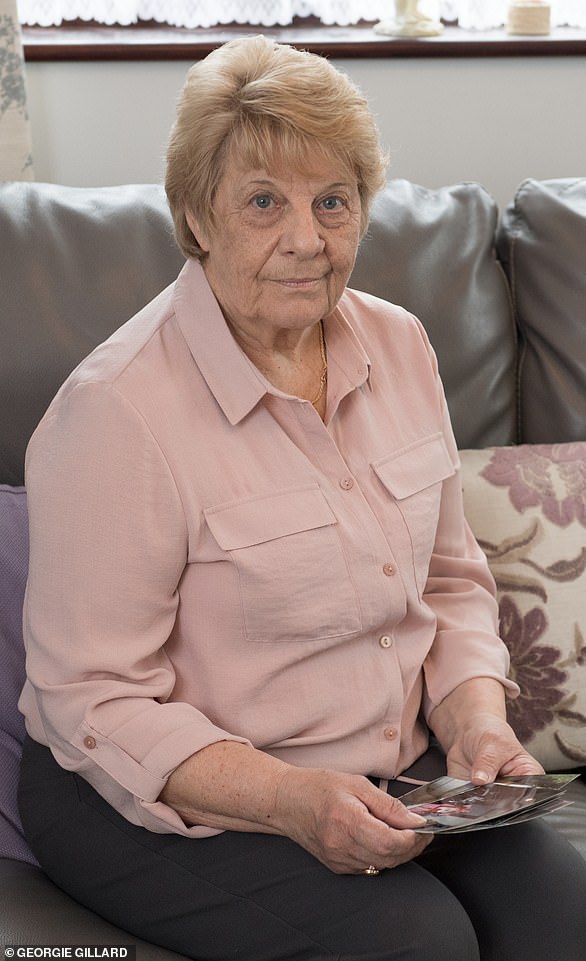 Judith Charatan, 62, and Lesley Lincoln, 73, (right) have been campaigning for an inquiry into the home’s failings for a decade.

An inquest found call bells were often not answered or could not be reached and vulnerable residents were routinely left soiled and in pain. In a single night shift, staff made 28 medication errors. The home was rated ‘good’ by the regulator in 2010 – a year before it was forced to close.

Care UK, one of the UK’s biggest providers, opened Francis Court on the premises in 2012. The last two Care Quality Commission (CQC) inspections in 2019 rated the home as ‘requires improvement’.

Judith Charatan, 62, and Lesley Lincoln, 73, have been campaigning for an inquiry into the home’s failings for a decade.

‘The residents were treated like commodities. It was a profit-driven organisation and a lot of people have suffered as a result of that,’ she told the Daily Mail.

‘I don’t think the private equity companies behind care home chains such as Southern Cross have been properly scrutinised and held to account. They’ve probably skipped off into the Bahamas and are having a whale of a time.’

Mrs Charatan’s mother was one of the last residents admitted to the home in June 2011. She lived there for two months before her health declined so rapidly she was admitted to hospital.

It transpired her medication had been mismanaged and she hadn’t been fed properly. She died in December 2011.

Mrs Charatan said: ‘I made the decision for her to go into that home thinking it would be wonderful. How companies can get away with treating people like that is beyond me.’

Mrs Lincoln’s 86-year-old mother Mrs Trodden was one of five residents who the inquest found died from natural causes ‘attributed to neglect’. Mrs Trodden, who suffered with Parkinson’s and dementia, moved to the home in September 2009. She died in October 2011.

Mrs Lincoln was thrilled when her mother first moved to the ‘beautiful, brand new home’. But within six weeks the cracks began to show.

She would find her mother left sitting in her own urine and she would have ‘rigid attacks’ due to her medication not being administered properly.

However, despite raising her concerns with Southern Cross and the CQC, no action was taken.

‘Unbeknownst to us the place was folding. They ran out of food and basic things such as gloves – but they were still admitting people, using them as cash cows’, Mrs Lincoln said.

‘It’s terrible. They can just pull everything out from under your feet – take the money from those residents, their entire pensions, and not give them the good care that they deserve. All I could do was make sure I was there every day to try and give her some part of the day that was good.’

By Martin Beckford for The Daily Mail

Ministers will face questions in Parliament over what they are doing to protect firms from private equity takeovers.

They will be grilled by a select committee later this year on whether plans to reform the business world will do enough to stop jobs being put at risk by unscrupulous buyers.

It comes amid growing concern in Parliament that customers and workers are losing out while private equity predators make a fortune buying up firms.

Darren Jones, chairman of the business, energy and industrial strategy committee, said last night: ‘There have been too many examples of private equity owners buying important British businesses only to load them with debt, withdraw value and then leave workers, customers and high streets worse off when they walk away at the point of failure.

‘Government reforms to audit, corporate governance and director responsibilities should give sufficient powers to the new regulator to take action in the future.’

His committee will question ministers after summer recess about a Department for Business White Paper aimed at restoring trust in business. Panned reforms will mean large privately owned UK firms, including those owned by private equity, will be given as much scrutiny as major publicly listed ones.

Directors will have to publish more information about the financial health of businesses and will face investigation by a new watchdog if they break audit and reporting rules.

Yesterday MPs and peers from across the political spectrum called on the Government to do more to stop firms falling victim to private equity in the first place as they backed the Mail’s campaign highlighting the problem.

‘It’s easy to be complacent about who owns companies but Covid has taught us that globalisation has created dependencies and fragility that pose huge risks to our country and people.’

Crossbench peer Baroness Wheatcroft recently raised concerns in the Lords about the risks of care homes being sold to private equity owners. She told the Mail: ‘The vulnerable people who enter care homes need to be assured of their financial stability. The private equity model is simply not appropriate.’

He said: ‘Ministers and regulators need to step in urgently to stop great British businesses such as LV= being gobbled up unnecessarily by private equity saviours.’

Tory peer Lord Blencathra recently tabled questions in Parliament about the number of veterinary practices being bought by private equity firms ‘concerned with maximising profits’ instead of animal welfare. Three of the six main chains of vets are owned by private equity.

Asked by the Mail if the Prime Minister had any concerns that so many British businesses have been bought by private equity during the pandemic, a No 10 spokesman said: ‘We are committed to ensuring the UK remains open for business while protecting the livelihoods of British workers.’