By Lawrence Booth for The Mail on Sunday

England’s plans to bolster their Covid-hit coaching set-up by flying in former ODI captain Adam Hollioake from the Gold Coast were scuppered on Saturday night after a close contact tested positive.

Hollioake, 50, who also led Surrey to three championship titles around the turn of the millennium, had been planning to arrive in Sydney on Sunday ahead of Tuesday night’s fourth Ashes Test.

Instead, with head coach Chris Silverwood quarantining in Melbourne after a member of his family returned a positive result – and both fast-bowling coach Jon Lewis and spin coach Jeetan Patel in isolation after testing positive themselves – his stand-in Graham Thorpe will have to make do with the services of fielding consultant Ant Botha and wicketkeeping consultant James Foster as England look to avoid going 4-0 down.

The Australian squad for the SCG Test, however, received a full set of negative Covid results as fears abated that the game – and the Ashes series – might be in jeopardy.

Both teams had been on high alert after Australia’s No 5 batsman Travis Head tested positive for the virus, ruling him out of the match.

And with the hosts sharing a Melbourne hotel with Joe Root’s England, there were concerns that the daily round of testing would produce more bad news.

Head is set to be replaced by Usman Khawaja, whose last Test came at Headingley in 2019, when Ben Stokes stole the match from under Australia’s noses. 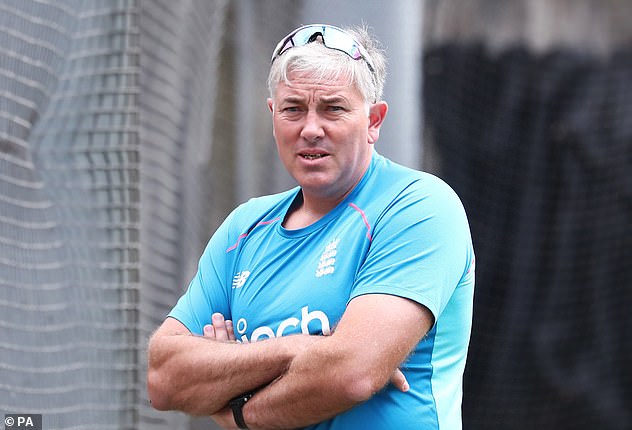 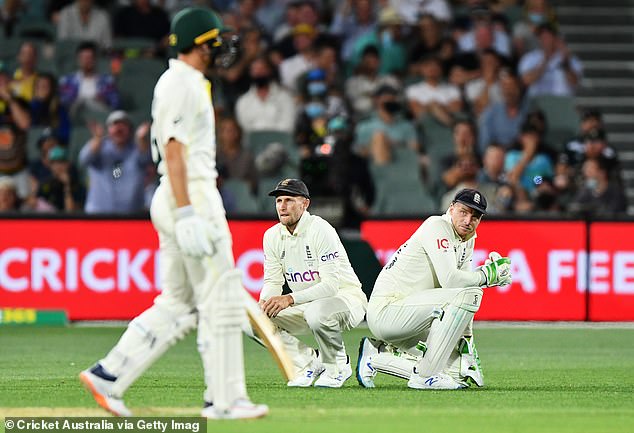 Currently 3-0 down, England are trying to avoid a whitewash in the final two Test matches

The last time Khawaja encountered England at Sydney, however, he made 171, as Australia wrapped up a 4-0 victory in January 2018.

But there was yet another Covid alarm for Australia’s T20 Big Bash League, when three more players from the Melbourne Stars franchise tested positive, bringing the number of cases in the Stars camp to 18 – of which 10 are players and eight are support staff.

Meanwhile, Derek Wood – the father of England fast bowler Mark Wood – has received an OBE in the New Year’s Honours list for services to pension.

Wood senior is the head of retirement services assurance at the department of work and pensions.