‘I just tried a little bit too hard’: England’s flagbearer Jack Laugher misses out on Commonwealth treble after botched dive… but still manages bronze as England claim all three podium places in the three-metre springboard final

By David Coverdale For The Mail On Sunday

He started with a tremble and then missed out on the treble.

Jack Laugher had hoped to make it a hat-trick of golds from these Games on Saturday night. In the end, England’s flagbearer battled to a bronze behind team-mates Dan Goodfellow and Jordan Houlden. But that does not even begin to tell the story of his dramatic day.

In the Saturday morning’s 3-metre springboard preliminary, Laugher scored zero in the first round after performing the wrong dive. ‘I got a bit of a knee tremble on the board,’ he later revealed.

‘I was a bit nervous and basically just doubted myself a little bit too much, so I just did a different dive.’ 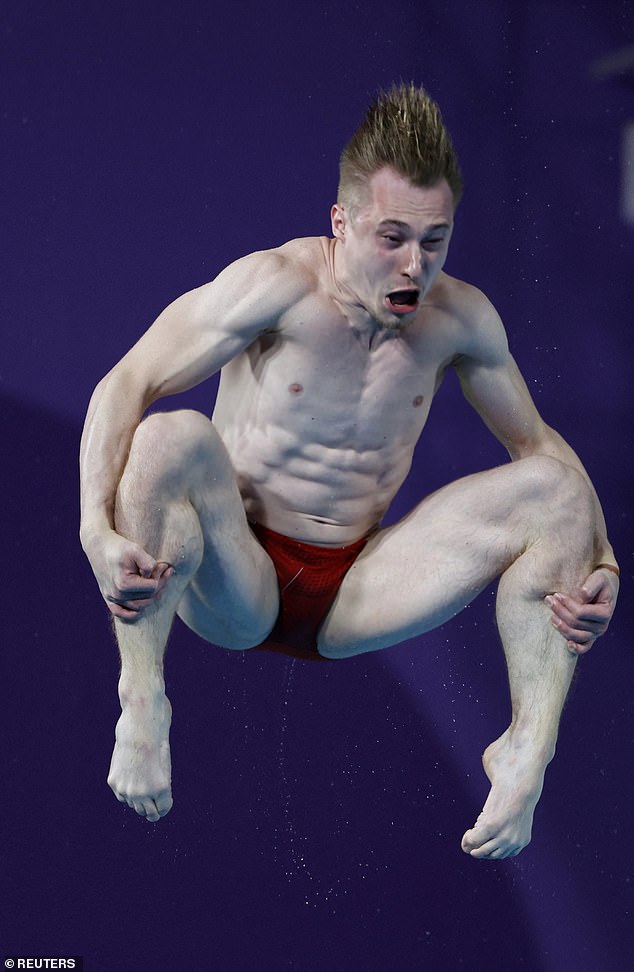 Laugher, 27, managed to spring back to scrape into the final as the 11th out of 12 qualifiers. And he then led the standings after four of six dives.

But just as the zero to hero headlines were being written, Laugher fluffed his fifth dive, scoring only 53.20. It opened the door for Goodfellow and Houlden, who took full advantage to secure an England one-two-three in an order no one expected.

‘I just tried that little bit too hard on my fifth dive,’ admitted Laugher, who now has nine Commonwealth medals overall. ‘It was frustrating and I was angry. With the extra 30 points that I’d usually get on that dive, the results are different.

‘I thought that it was going to be a bit of a comeback story, but it kind of still is. Going from scraping through after failing a first dive to getting a bronze medal is a fantastic achievement.’ 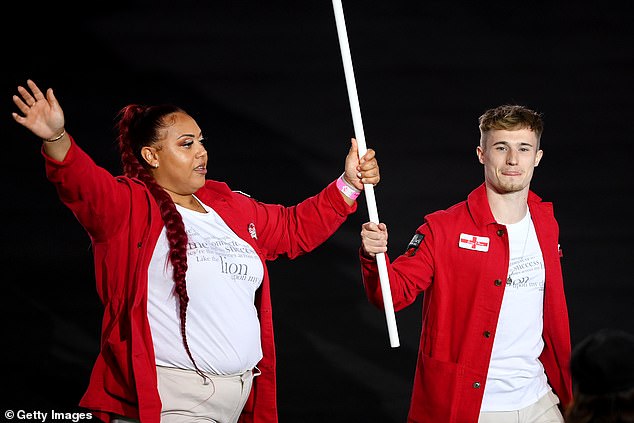 And it was an even greater achievement for Goodfellow, who won gold in the 10m synchro with Tom Daley on the Gold Coast four years ago but is now twisting and tumbling on his own.

‘It feels extra special when you win it by yourself because all of responsibility is on you,’ said the 25-year-old. ‘I’ve had a rough year and people doubted me. But to go out and do this is a bit of a statement.’

Another diver who has made a statement this week is Andrea Spendolini-Sirieix. The 17-year-old is the daughter of Fred Sirieix, the maitre d’ on Channel 4’s First Dates.

But she has made a name for herself here in Birmingham, adding silver in the 10m synchro on Saturday night to the gold she won in the individual event on Thursday. England’s Robyn Birch and Emily Martin joined them on the podium with a bronze.

‘I feel really proud of us as a team and I am so overwhelmed by how incredibly loud and supportive the crowd are,’ said Spendolini-Sirieix.