England Women boss Sarina Wiegman has expressed her opposition to a biennial World Cup and called on FIFA to focus on improving the qualifying stages of the competition.

The organisation have invited the FA and other governing bodies to a summit a week on Thursday to discuss the international calendar and Arsene Wenger’s proposal for a World Cup every two years in both the men’s and women’s games.

But Wiegman is against the idea and insisted players and managers should be included in the consultation process.

‘I wouldn’t do it, it’s not very good for the players’ welfare,’ Wiegman said. ‘We have the Euros, the Olympics and the World Cup. When you have all these major tournaments every year, when are the players going to get some rest?

‘When are they going to recover from a very intense football year every year in a row? Players are not robots.’

Wiegman instead thinks the immediate concern in the women’s game should be evaluating how to improve the gap in quality between the top and lower ranked teams.

The Lionesses face Luxembourg in their second World Cup qualifier on Tuesday after beating North Macedonia 8-0 on Friday. 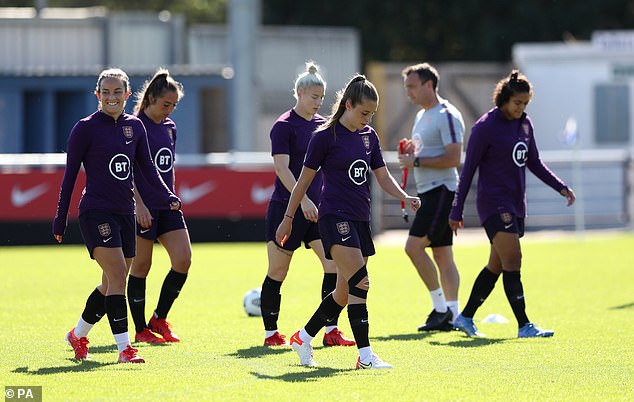 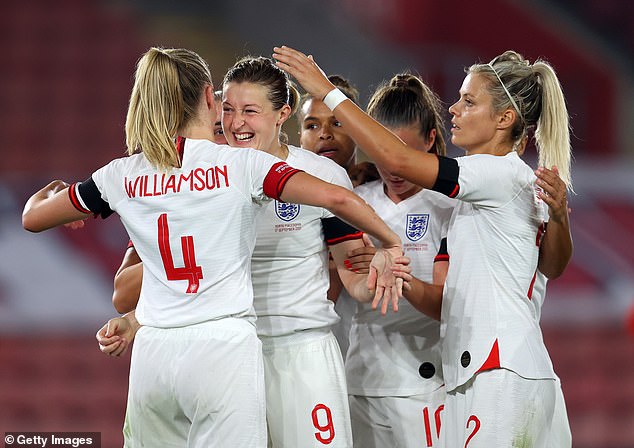 Another heavy win is expected, with Luxembourg ranked 114 places below England.

‘What you want to do is develop women’s football worldwide, but the difference between qualities now is huge. It’s not very competitive when you win 8-0.

‘We have to keep the discussion open at all times for what’s best to get the women’s game on a higher level for the top teams, but also for countries that are somewhere else in their development.

‘I don’t have the solution but having too many matches which finish 8-0, or those kinds of results, is not good for the game.’