England clinched four gymnastics gold medals at the Commonwealth Games as their dazzling display in the events continued.

Jake Jarman, Joe Fraser, Courtney Tulloch and Georgia-Mae Fenton performed superbly as they all won golds in their respective events.

Jarman, 20, scored 14.666 for an impeccable floor routine to seize his third gold medal of the Commonwealth Games. 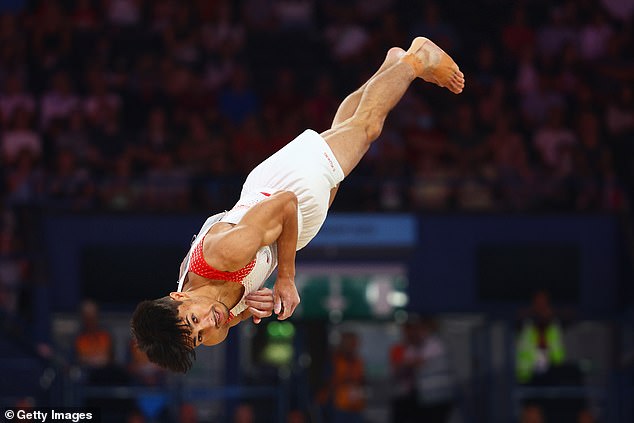 Jarman scored 14.666 with an impeccable routine to add to England’s gymnastics medal tally

The Englishman took the title with a score of 14.833, whilst McClenaghan 14.133 with a lower difficulty routine than he has performed in previous competitions.

The home nation were not finished there, as Tulloch and Fenton rounded off a superb day to retain their rings and uneven bars titles. 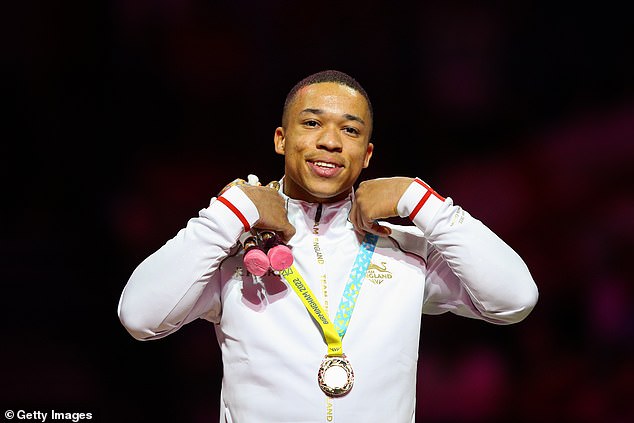 Tulloch delivered a near-perfect as he scored 14.400 on the judges’ cards to finish top of the podium in the rings. Furthermore, following on from his pommel success, Fraser had to settle for fourth place behind Tulloch.

In the uneven bars, Fenton retained her title from the 2018 Gold Coast Games with a pitch-perfect performance.

The golds take England’s gymnastics medal tally to 10, while they still have the opportunity to win more. 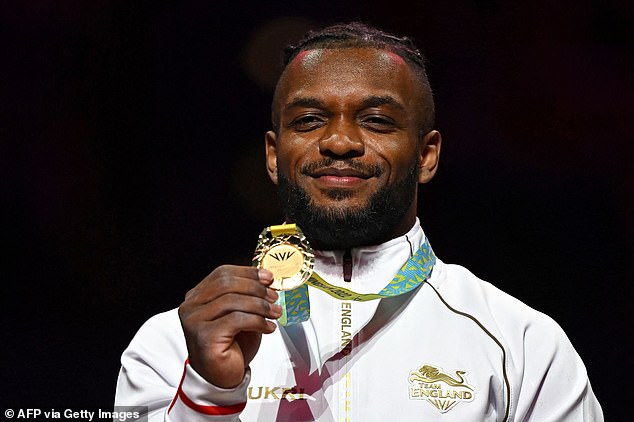 Courtney Tulloch retained his title in the rings with a score of 14.400 to win the gold medal 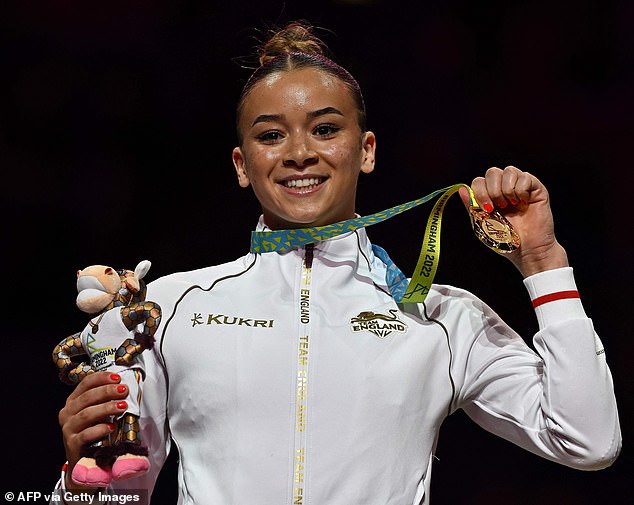 Jarman is in Tuesday’s vault final as he bids to cap off a remarkable Commonwealth Games with a fourth gold. And six-time Olympic champion Max Whitlock was more than impressed with the 20-year-old’s exploits.

Speaking on BBC One, Whitlock said: ‘Jake Jarman pulled it all together and that is what we have been waiting for.

‘He has the difficulty level above everyone else. He has done incredibly to pull it all together when it matters.’