TOP SPIN AT THE TEST: Jack Leach strikes on the opening day of a home Test for the very first time… while Daryl Mitchell becomes the first New Zealand player to score 400 runs in a series against England in 73 YEARS

England dominated for the majority of the opening day of the third Test at Headingley against New Zealand before Daryl Mitchell led a fightback for the tourists.

The second session saw one of the most bizarre dismissals in Test history, with Henry Nicholls caught after his shot ricocheted off Daryl Mitchell’s bat and into the hands of Alex Lees.

Jamie Overton, who was presented with his cap by twin brother Craig, became England’s seventh Test debutant of 2022. Not since 2003, when Jimmy Anderson – the man Overton replaced in the XI – was one of 10 newcomers have England blooded more players in a calendar year.

Overton’s maiden international wicket – that of Devon Conway – came 3222 days after the 28-year-old was first selected in a full England squad.

Jack Leach’s dismissal of Will Young with his first ball – he laboured for 152 for his initial breakthrough at Trent Bridge – was the first time he had taken a wicket on the opening day of a home Test match.

At 12.1 overs, it was also the earliest he had struck in the first innings of those eight appearances, surpassing the 61st-over dismissal of Matthew Wade in the 2019 Ashes Test in Manchester. 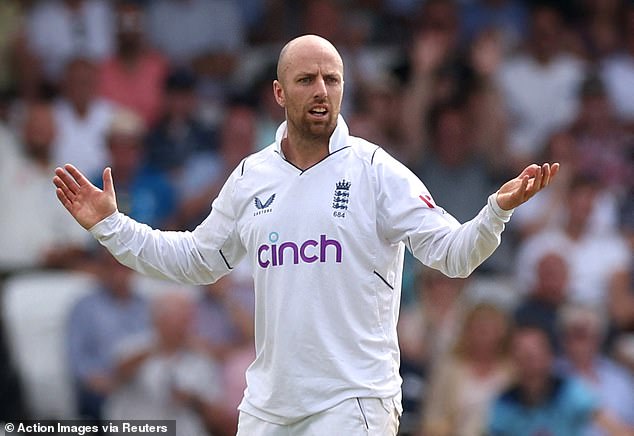 It was the 83rd wicket in Tests for Leach, who turned 31 on Wednesday. He later made Henry Nicholls victim 84. At the same age, Graeme Swann had 85.

Despite using lots of spin, the average turn today (2.4 degrees) is the second lowest for Day 1 at Headingley since records began in 2006.

Six months after becoming only the third man in history, behind Jim Laker and Anil Kumble, to take 10 wickets in a Test innings, Ajaz Patel was once again overlooked by New Zealand.

Perhaps they took the 33-year-old’s previous outing in Leeds into account in sticking with all-rounder Michael Bracewell for their spin supply.

Patel leaked an astonishing 6.6 runs per over, and returned match figures of 35-0-231-2, in his single first-class appearance on the ground for Yorkshire, against Kent in September 2019. 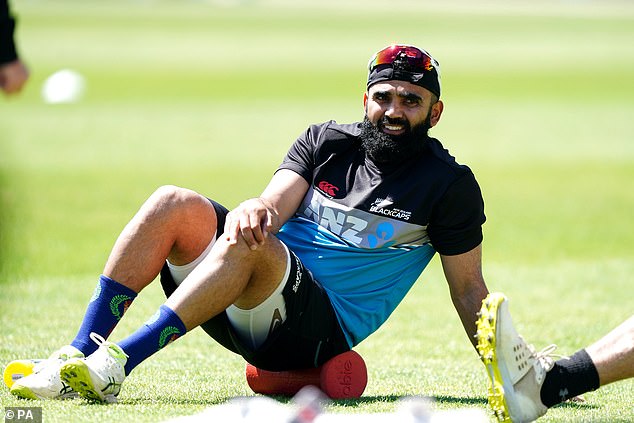 Stuart Broad’s brace before lunch took his tally of Test wickets taken in the absence of great friend and new-ball partner Jimmy Anderson to 90 in 27 appearances at a cost of 25.31. When they operate within the same attack, Broad’s average dips to 28.37.

Daryl Mitchell became the first New Zealand player to score 400 runs in a series against England since 1949. He then surpassed Bert Sutcliffe’s tally from that year of 423, and moved to 451, 11 shy of the 462 managed by Martin Donnelly 73 years ago.

Mitchell and Tom Blundell have added 628 runs in this series. That is the most a pair of batters have added in the first three Tests of a series against England.

Henry Nicholls took 74 balls to hit his first boundary, driving a full ball through mid-off off the bowling of Matt Potts, who had only conceded one four in his previous 13 overs. 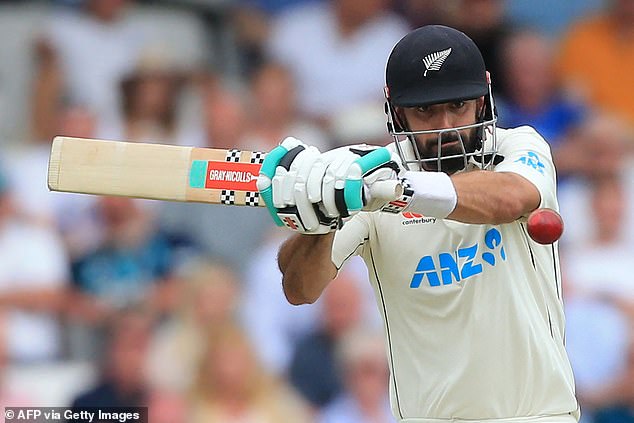