England’s cricketers touch down in Sri Lanka to be greeted by officials in hazmat suits spraying their clothes and bags with disinfectant, as Joe Root’s squad begin 10 days of Covid quarantine before two-Test series

England’s cricket team arrived in Sri Lanka on Sunday – and were immediately reminded this would be no ordinary tour.

A 23-man playing group, comprising of 16 squad members and seven reserves, and coaching staff flew in to Mattala Rajapaksa Airport in Hambantota on a chartered flight to be greeted by a small army of officials in full hazmat suits.

The touring party underwent coronavirus tests on arrival and had their clothes and bags sprayed with disinfectant. Wearing masks, they were ushered through the airport and onto a waiting bus. 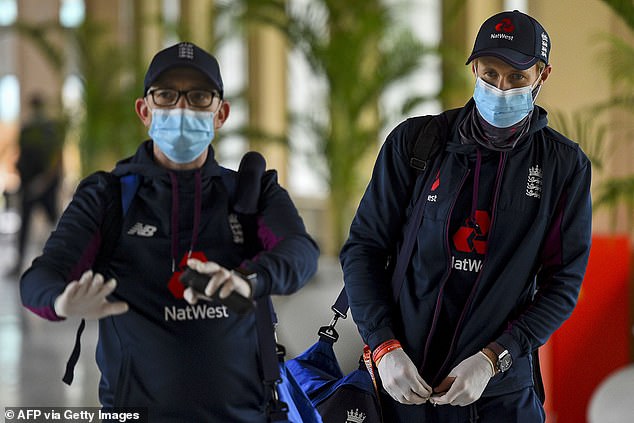 All players and staff tested negative for Covid-19 before departing from London on Saturday. A chartered flight was required because no commercial flights are currently able to land on the island.

They will now head to their base in Hambantota for 10 days quarantine in individual hotel rooms ahead of the first Test in Galle on January 14. Both Tests in the series will be played in Galle.

On Tuesday, they will undergo another set of tests and if they receive the all-clear the series will proceed as planned.

England captain Joe Root has insisted the show will go on this time even if any of the players suffer illness, having seen England’s last two tours – the original trip to Sri Lanka in March last year and December’s white ball tour to South Africa – ended prematurely by the pandemic.

‘I don’t think a positive test will automatically bring an end to this tour,’ said Root of a trip that again will feature the strictest of protocols and England having to spend the whole month-long trip in a bio-secure bubble. 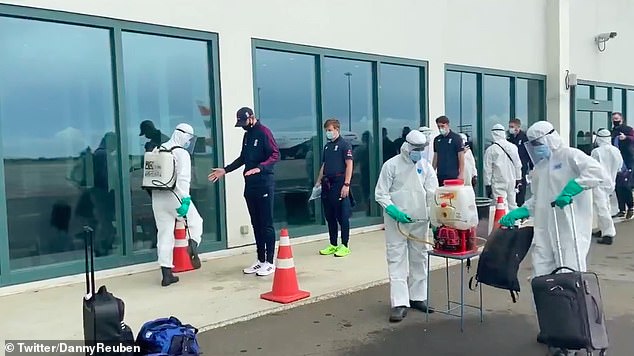 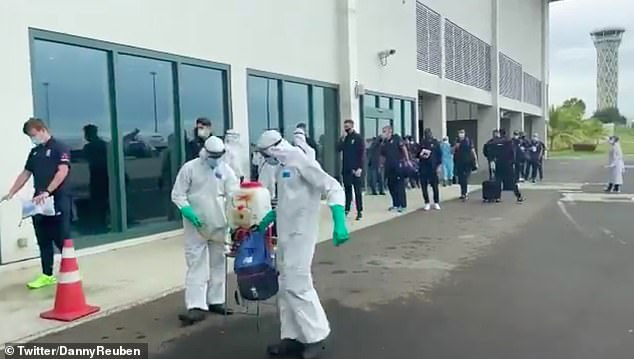 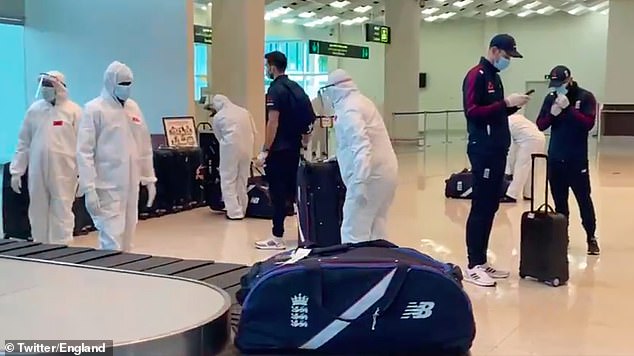 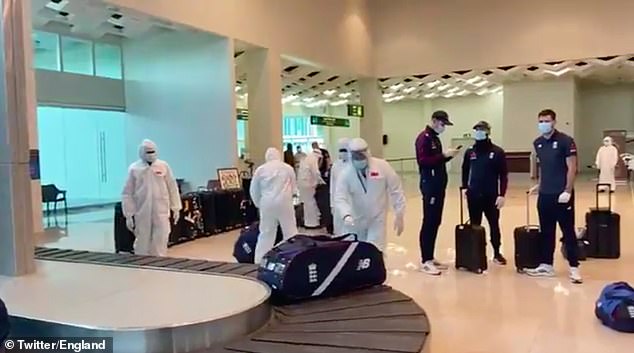 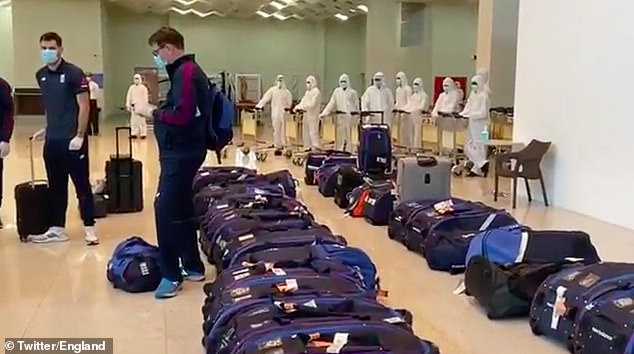 ‘They are decisions that will have to be made by medical staff. It won’t be down to the players even though guys have the option to opt out at any stage if they don’t feel safe.

‘All we have to do is follow the guidelines as best as we possibly can and if we do that we’ll give ourselves the best chance of not being in that situation. We know the protocols if something was to happen.’

There was criticism of England from South Africa when Eoin Morgan’s side aborted their trip before the one-day series after three home players and a number of staff at the hotel which housed both sides tested positive.

But Root defended their actions, calling it a ‘unique’ situation’ and adding. ‘It was more a domino effect there if you like. As a player in that environment it felt as if there was no way out in terms of the virus once it began circulating on our side of the hotel. 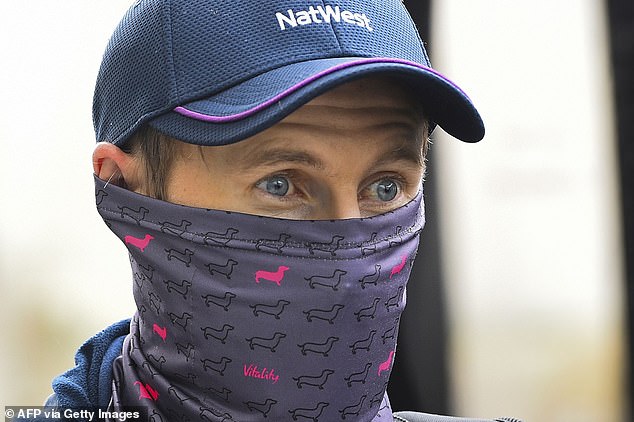 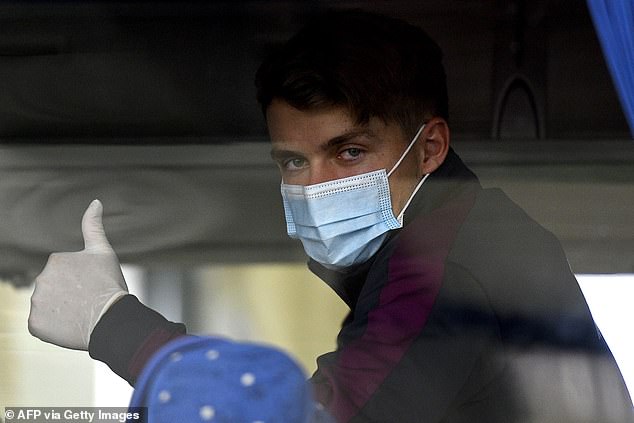 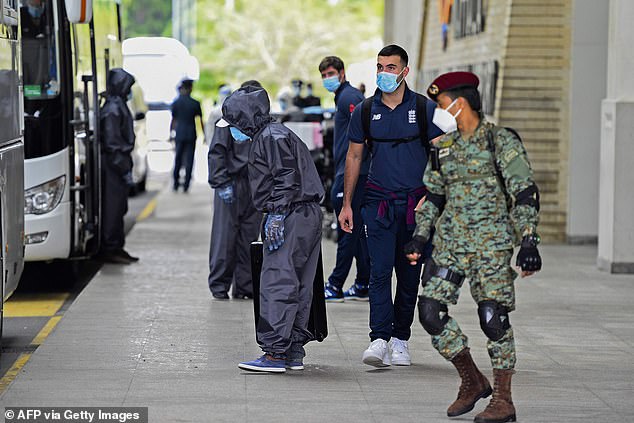 ‘The anxiety of that building up over a period of time was significant and the guys didn’t feel safe. The decision was taken out of the players hands and that was that.’

Sri Lanka has seen 44,371 cases during the pandemic and 211 deaths, according to official figures.