England saw a promising start slip through their fingers on the first day of the only Test of the women’s Ashes, with Meg Lanning’s 93 shifting the momentum towards Australia in Canberra.

Heather Knight won the toss and elected to put Australia in to bat, a decision which was quickly rewarded when they reduced their opponents to four for two, but they fought back to finish the day with 327 for seven.

But Lanning, alongside the opener Rachael Haynes, showed her experience and class, hitting 93 from 170 including 13 fours to steer Australia towards a high first-innings total at the Manuka Oval. 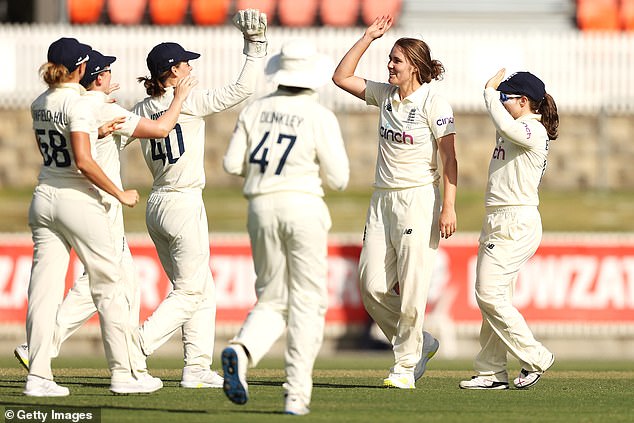 England had reduced their opponents to four for two, but struggled thereafter with the ball

Lanning shared a stand of 169 with Haynes, timing the ball well as she hit 13 fours.

England had gone for a bowling-heavy line up with a maiden Test call-up for Charlie Dean, but their lack of preparation time showed as both Haynes, who went on to make 86, and Lanning were dropped on 44 and 14 respectively.

Despite the lengthy tour and her previous injury problems, it was Katherine Brunt who bore most of the workload, as she and Nat Sciver finished with three wickets apiece.

After the loss of Haynes and Lanning in the space of four balls, England looked to regain the momentum, only to be halted by another 84-run partnership between Ashleigh Gardner (56) and Tahlia McGrath (52). 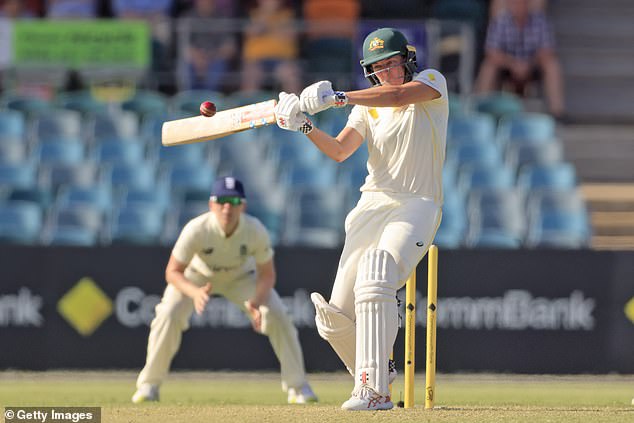 In the final hour England took the second new ball and Brunt claimed the wicket of Gardner, the Australian batter decided to review the decision after her teammate Tahlia McGrath had survived an lbw review against Anya Shrubsole just the over before.

Ellyse Perry, who had been a thorn in the side of England’s bowlers in previous matches, and who boasts an inconceivable Test average of 86.62, only made 18 from 34 before falling to the bowling of Sciver.

Perry had scored 216 not out, 116 and 76 not out in her last three Ashes innings before she was caught off the top edge from a bouncer from Sciver to leave Australia 43 for three. 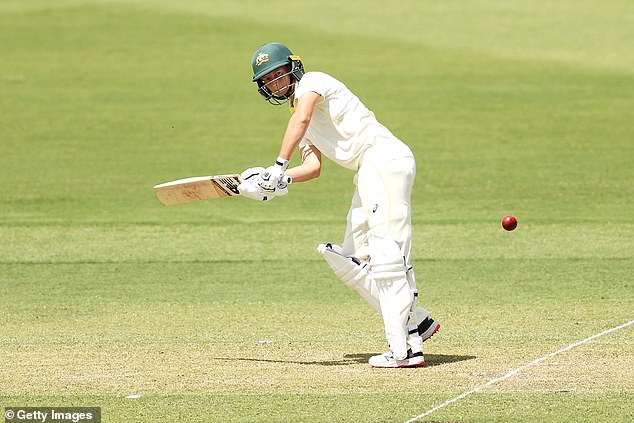 Meg Lanning did he majority of the damage with the bat, scoring 93 in her first innings

The experienced duo of Brunt and Shrubsole struck early to remove Alyssa Healy for a duck and Beth Mooney for three at the start of the day, before they managed to battle their way back into the game.

Mooney had been a doubt for the game after breaking her jaw in two places when she was hit by a cricket ball in the nets ahead of the series, but after a little more than a week on the sidelines the 28-year-old returned to take her place at number three though only scored three runs before being caught behind.

England’s errors in the field also crept in at the edge of the day, with Sophia Dunkley dropping McGrath to allow her to reach her maiden Test half-century with less than five overs remaining in the day.

However her reprieve did not last much longer, when Sciver had McGrath caught behind in what proved to be the last ball of the day, with Amy Jones finishing with five catches behind the stumps.