England fans across the country are getting ready for tonight’s blockbuster Euro 2020 semi-final against Denmark at Wembley with 10 million pints expected to be poured.

Gareth Southgate’s men face the Danes at 8pm at Wembley with the winners going on to face Italy in the final on Sunday – in what would be England’s biggest game since 1966.

The nation is right behind the Three Lions, with millions expected to tune in on TV, as well as 60,000 at the stadium. Top tier tickets for the clash are being re-sold for up to £6,500 each on ‘touting’ websites, MailOnline has found.

However, the Danes are expected to provide a stern test, with the team riding a wave after the heart-wrenching collapse of Christian Eriksen in their first match.

And one Danish paper made reference to the Vikings this morning, writing: ‘We plundered you before, we’ll do it again.’

Fans up and down the country shared photos of themselves wearing England shirts and waistcoats as they started work this morning. 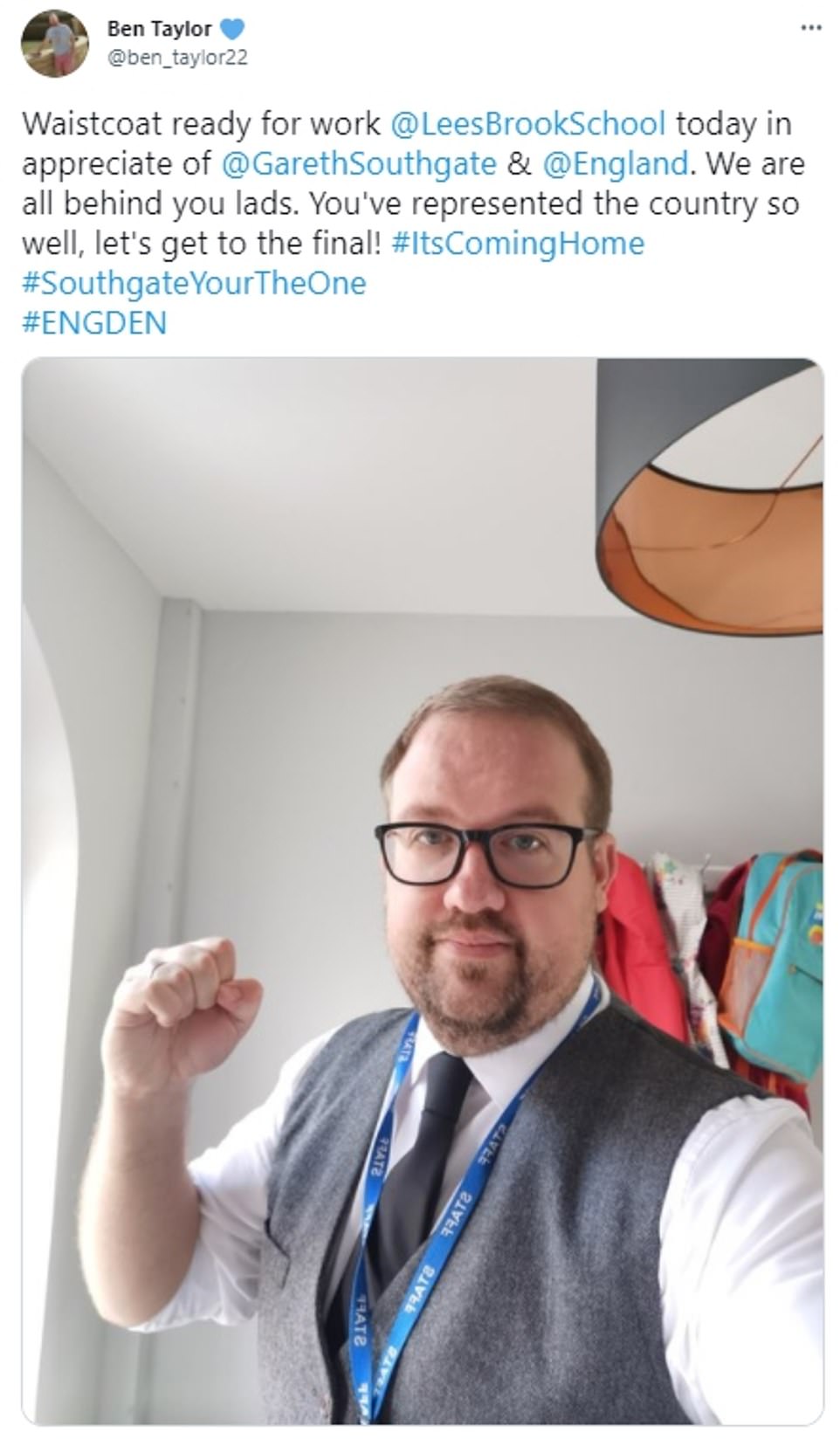 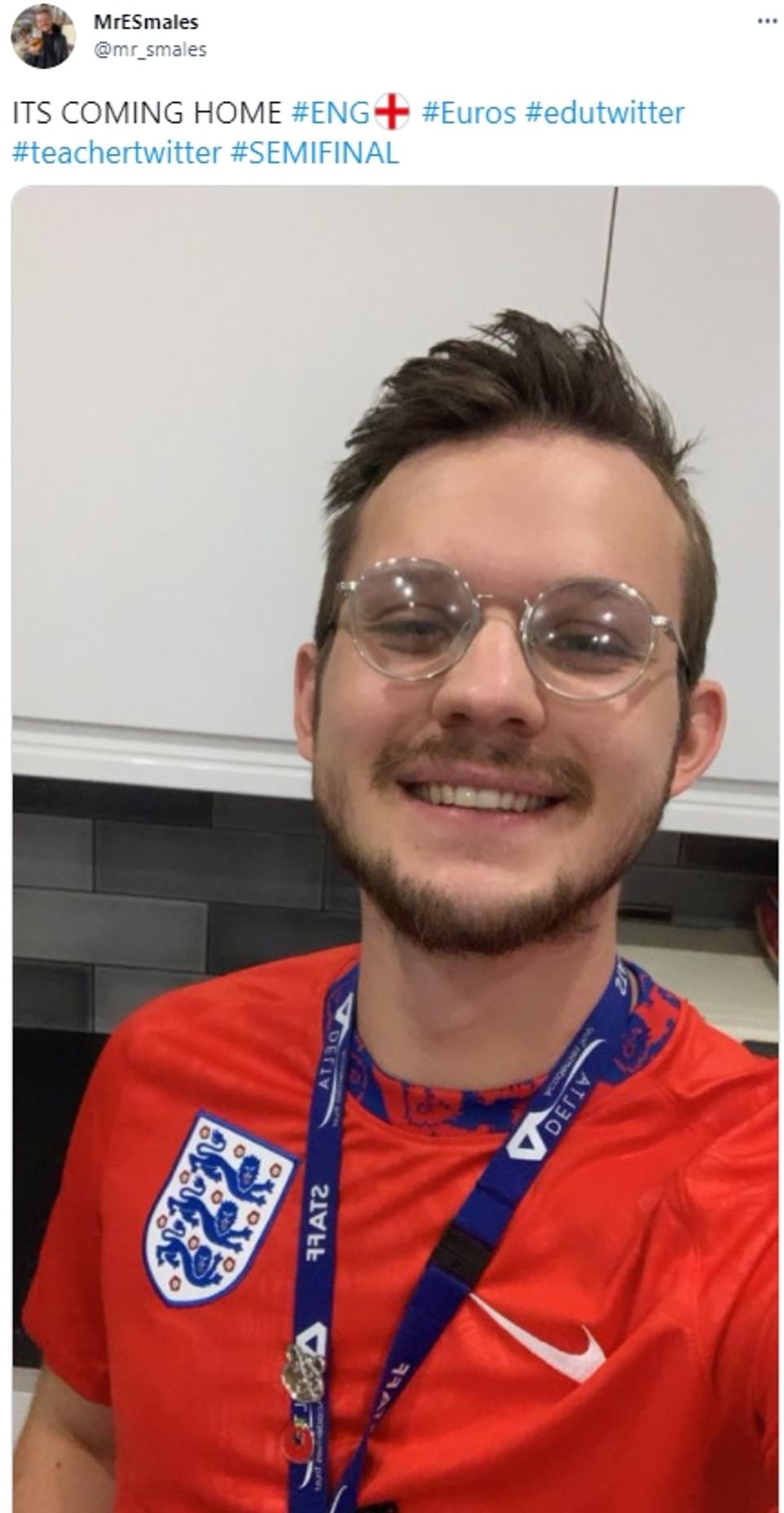 One fan wrote: ‘Never been so excited/nervous for a football match but I’m ready with my shirt on ready to watch c’mon England.’

Another said: ‘Right I can’t wait any longer! Getting my first beer, so excited for tonight’s match. 3 lions, vindaloo & the great escape are going to be banged out for the next few hours.’

While a third said: ‘I am so, so excited and I really hope we win tonight. I know that sounds very basic but I’m really enjoying England doing well and want to watch the final in a pub with my best friends.’

Even the Coldstream Guards got into the action, after Prince Charles invited them to blare out renditions of Three Lions and Sweet Caroline from the gardens of Clarence House yesterday.

The British Beer and Pub Association (BBPA) believes fans will buy 50,000 pints a minute over the course of the match.

Ten million pints could be poured by the end of the day, with fans expected to pack out pubs hours ahead of kick-off.

‘If the team goes on to win, a final at Wembley awaits, which would be a huge boost to our pubs and the nation.’

‘After a long wait, the pubs we love should be restriction-free from July 19. Only when the restrictions are removed can our pubs recover, but to do so they need Government investment to build back better.’

Builders arranged the tiles on a new build house to read ‘It’s coming home’ ahead of the Three Lions crunch Euro 2020 semi-final tonight. 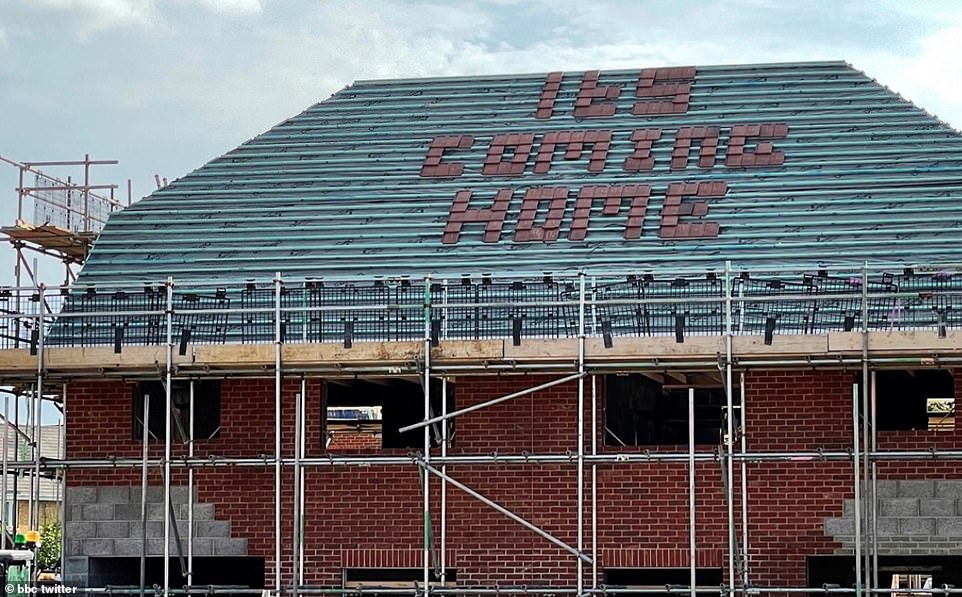 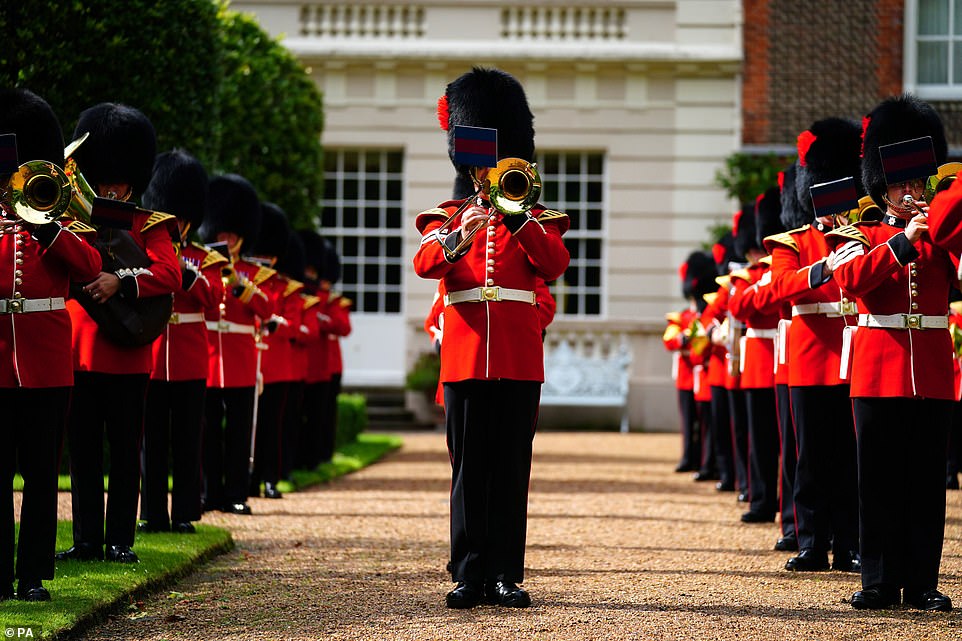 The patriotic labourer’s work raised the roof in Pitstone, Buckinghamshire and ocals were chuffed with the rallying cry as England prepare to face Denmark.

Demand has soared for tickets ahead of the crunch match at Wembley today – with a place in Sunday’s final at stake.

Only 60,000 people will be allowed inside the stadium, which will be at 75 per cent capacity due to Covid.

And with the remaining tickets being bought up by the FA’s official supporters group last night, it has sparked a mad rush for tickets on resale websites.

One hospitality ticket on LiveFootballTickets.com is being listed at a staggering £6,499.

But even standard tickets are selling for more than £1,000 – more than double their general sale value.