KATE CROSS: England are determined to put things right in the Women’s Ashes after our 2019 shocker… we want to grab this series by the scruff of the neck and show we CAN stand up to dominant Australia

By Kate Cross For The Daily Mail

England have a point to prove in this Ashes. Our last series, at home in 2019, just did not go how we wanted and it was a shock to us how poor we were.

Since then we have pretty much dominated against everyone else so now we want to grab this series by the scruff of the neck and prove we can do it against Australia.

This is a big tour in so many ways because not only are we trying to win the Ashes for the first time since 2014 but we then go straight to New Zealand for our defence of the World Cup. These are big moments that will define a lot of careers.

England Women are determined to make amends in the Ashes this year after losing in 2019, says Sportsmail’s new columnist Kate Cross

Australia, and I hate to say this, continue to set the standards for women’s’ cricket. They have been professional for longer than us and a lot of teams have followed them because they do set the benchmark for equality in cricket.

It is so hard to win here, as it was for the England men, but the fact they are formidable opposition drives us to want to succeed in Australia. We haven’t had the preparation we wanted but I’m sure something will click as soon as the Ashes start with the first Twenty20 international here in Adelaide today.

This tour actually started for me on Boxing Day because we had to avoid contact with as many people as possible with Omicron prevalent before we left for Australia and that meant spending Christmas Day with my family and then not seeing them again.

That was quite difficult because I was on my own for 10 days and there is only so much bowling at a set of stumps you can do on your own to prepare for a big tour. 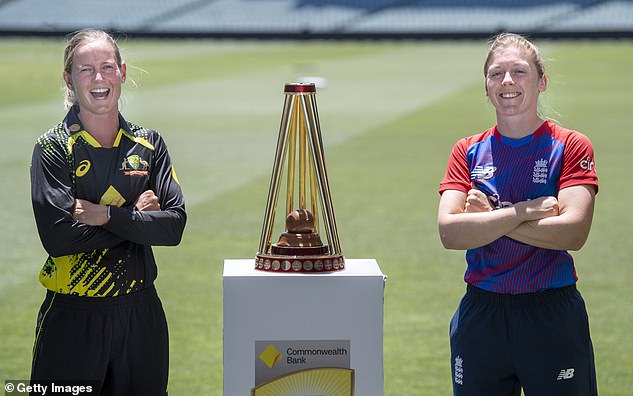 Others practised with family they live with which led to mums and dads batting and feeding bowling machines and boyfriends and girlfriends slinging the ball.

There were a few funny sights and stories. Sarah Glenn’s dad, for instance, tried to give her as varied practice as possible, batting right and then left-handed, and he claims she did not get him out once! It did show how far families will go to help you.

So if you were planning the perfect preparation for an Ashes trip, this hasn’t been it. But if Covid has taught us anything it’s how adaptable we are as a team, going back to bubbles in Derby in 2020, and everyone has made the best of it.

We are not looking at it as an excuse, more something we will look back and laugh about in time, but once we got to Canberra and now Adelaide everyone has been switched on to the cricket and what lies ahead of us.

Our schedule has been changed, with the three T20 matches in the multi-format series coming first now, but I don’t think that will affect the outcome. 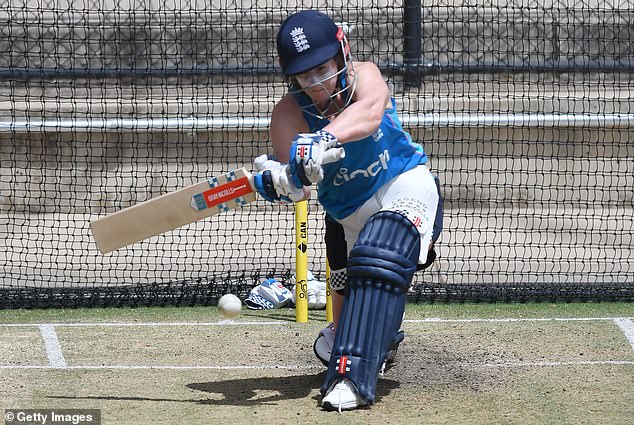 It hasn’t been the best preparation training in a bubble, but we’ve learned to adapt as a team

What it does mean is the bowlers can get some overs into their legs without going straight into a Test match. And all it would take is for someone like Danni Wyatt to get us off to a flyer in the first match and we will be off and running.

I’d be surprised if I feature in the first three matches because I haven’t made the T20 team for some time. That has made the build-up a little strange for me because I know I probably won’t be able to have an effect on this part of the Ashes.

But I am here on the back of a summer that has given me more confidence than I have ever had in an England shirt so I am ready as soon as I am required. I’ve also worked hard on my action in the last year to make it a lot more repeatable and able to bowl the overs England want from me in, say, the middle overs of a 50-over game. 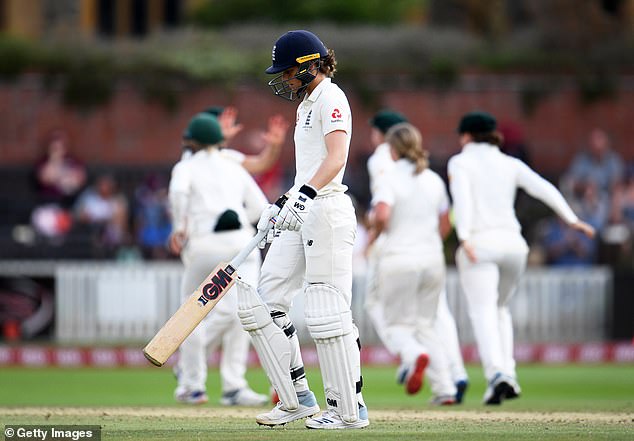 When I turned 28, two years ago, my dad David, who was a footballer with West Ham, Manchester City and others, sent me a lovely message saying he had his best years between 28 and 33 and believed it could be the same for me.

The point being, with all the experience I’ve had and setbacks along the way, I understand myself and my game a lot more now. Crucially, I’m enjoying it a lot more and there are a lot of things that have gone into the recipe for that.

The Ashes and the World Cup are two huge events you want to be part of and they have come along at an amazing time for me. For the first time in my career I feel I can help England win games of cricket rather than just fight for a place and I’m in the best place I’ve ever been ahead of this series. Now I want to play my part in England winning the Ashes.