England and Wales has recorded 196 coronavirus hospital deaths on Boxing Day, it has been revealed.

London suffered the most with 44 deaths as a mutant variant has sent the number of cases in the region skyrocketing.

Some 35 of the patients who died in UK hospitals in the 24 hours to Saturday, December 26, were in Wales.

There were 35 deaths in the North East and Yorkshire, and 32 in the Midlands, according to the latest figures.

London suffered the most with 44 deaths as a mutant variant has sent the number of cases in the region skyrocketing. Pictured, an empty Regent Street on Boxing Day

Sussex, Oxfordshire, Suffolk, Norfolk and Cambridgeshire will move into Tier 4, created in response to a variant of Covid-19 discovered in the UK, from Saturday 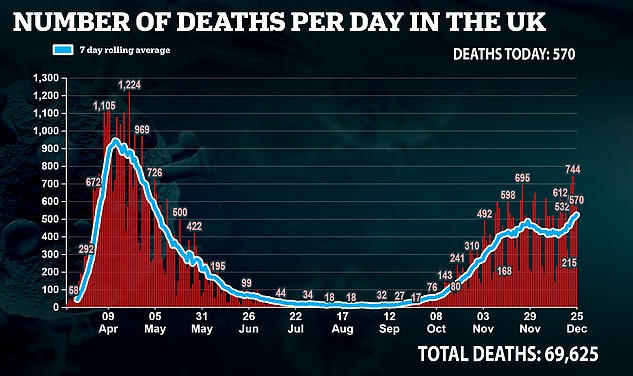 The figures for December 25 are just for England, as the devolved nation’s statistics haven’t been included in the Government dashboard over Christmas

Deaths in care homes and the wider community in England and Wales will be released later this afternoon.

It comes as Sussex, Oxfordshire, Suffolk, Norfolk and Cambridgeshire move into Tier 4, created in response to a variant of Covid-19 discovered in the UK, today.

The parts of Essex still in Tier 2, Waverley in Surrey and Hampshire including Portsmouth and Southampton, but with the exception of the New Forest, will also move into the toughest tier. 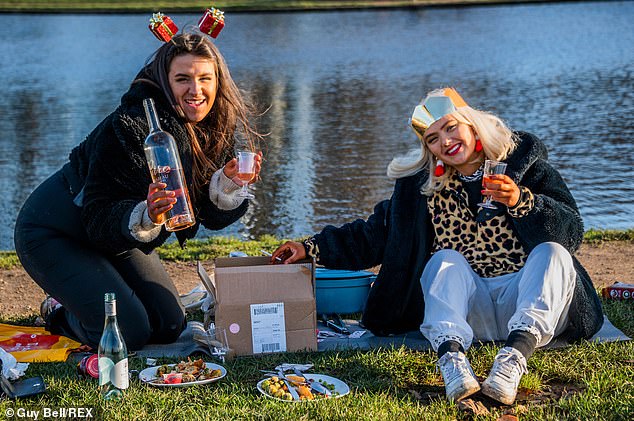 Two women brave the elements to have a socially distanced Christmas lunch, with all the trimmings, on Clapham Common in London which is in Tier 4 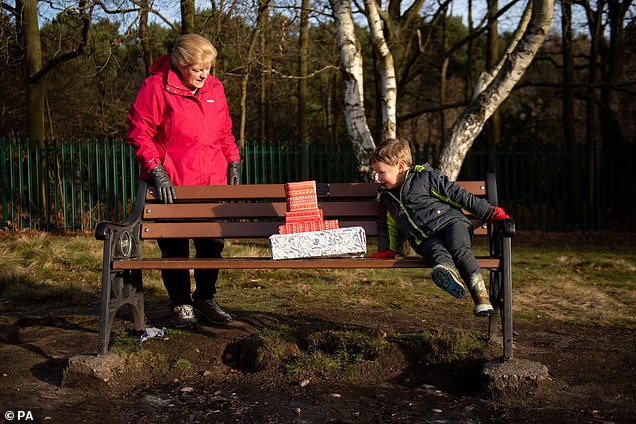 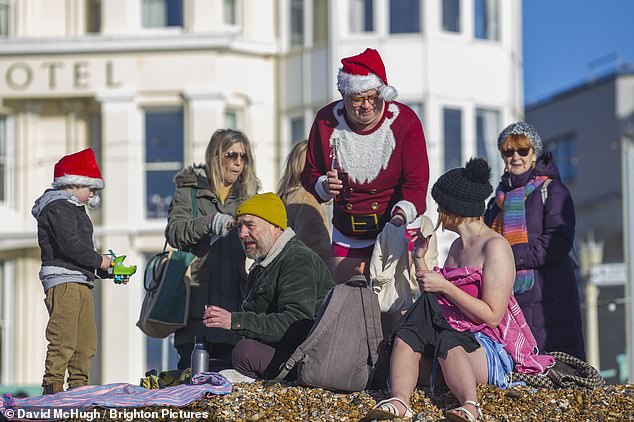 Families turned out for the traditional Christmas Day swimming on the beach yesterday in Brighton. The area will move into Tier 4 today

The additional six million going into Tier 4 takes the total number of people under the toughest restrictions to 24 million – 43 per cent of England’s population. A further 24.8 million will be in Tier 3.

Many had to make the most of a Christmas Day already under Tier 4 restrictions in London and the south east.

Photographs showed groups meeting to eat their Christmas dinners on Clapham Common in London while others headed to beach in Brighton to get some fresh air.

Meanwhile in other parts of the country some families were able to visit their elderly relatives in care homes to celebrate festivities. Some families in Birmingham were pictured meeting grandparents in parks to exchange gifts.