Tony Aldapa was filmed desperately performing CPR for 45 minutes on a fellow passenger who had fallen unconscious on the United flight last week. He says he has been experiencing symptoms since the flight

United Airlines says they aren’t responsible for notifying passengers that a man who was on their flight and later died had COVID-19 – as an EMT who gave him CPR revealed he is now showing symptoms of the virus.

Hernandez went into cardiac arrest on the United flight from Orlando to Los Angeles on December 14. He died in a Louisiana hospital after the flight made an emergency landing in New Orleans.

After Hernandez collapsed, passengers say they heard the man’s wife saying he had been experiencing COVID-19 symptoms prior to boarding the flight.

Despite the Jefferson Parish Coroner’s Office in Louisiana confirming Hernandez had COVID-19 when he died, United Airlines still hasn’t contacted the 179 passengers who were on the flight.

A spokesperson said the airline had already given the names of passengers to the CDC.

TMZ reports that a spokesperson told the outlet they weren’t medical professionals and it is up to the CDC to contact those who may have been exposed.

It comes as one of the EMTs who gave CPR to Hernandez for 45 minutes mid-flight said he is now showing symptoms of the virus.

Tony Aldapa says he has been experiencing COVID-19 symptoms since the flight.

‘Essentially I just feel like I got hit by a train,’ he said. ‘I had a cough, my whole body still hurts, I had a headache,’ Aldapa told CBS.

He was scheduled to get the COVID-19 vaccine this Friday given he is an essential health worker but is now quarantining awaiting the results of his coronavirus test. 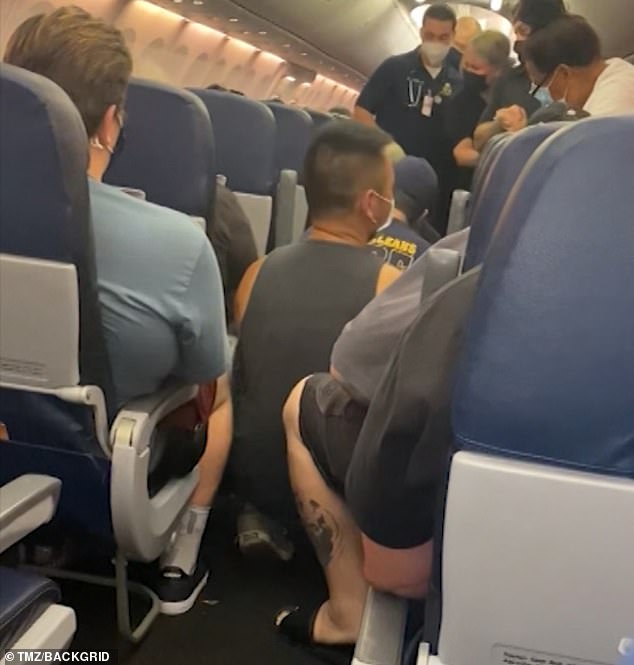 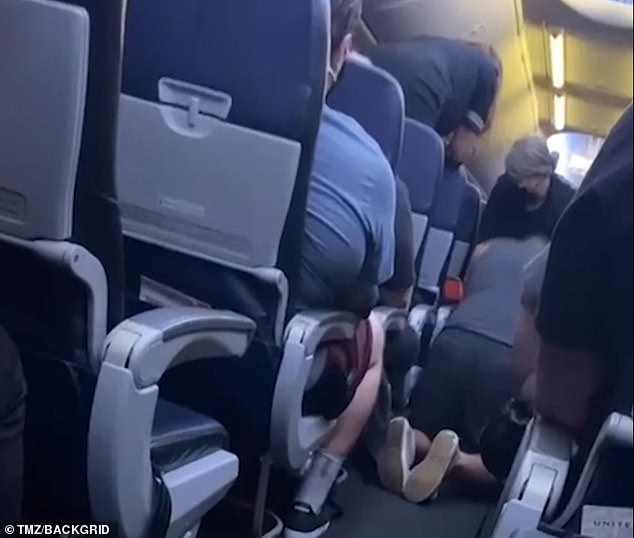 Aldapa, who is a US Navy veteran, said the man’s wife later told him that her husband had been suffering from COVID-19 symptoms prior to getting on the flight.

‘She told me he had symptoms, he was short of breath and she just wanted to get him home and they planed on getting tested this week,’ Aldapa said.

The man’s wife was overheard on the flight saying he had also lost his sense of taste and smell.

Aldapa said he did not administer mouth-to-mouth when he was giving CPR.

Passengers are asked before boarding a flight whether they have tested positive for COVID-19 or are suffering any symptoms.

United has since said the man acknowledged United’s ‘ready to fly” pandemic health checklist prior to boarding.

Aldapa said he knew the risks when he started performing CPR but that his training kicked in and that he would do it again if needed.

‘It was all kind of just second nature to see someone in a bad place, you try to bring them out of the bad place,’ Aldapa said.

‘There were three of us that were essentially tag-teaming doing chest compressions, probably about 45 minutes.’

Aldapa, as well as another EMT and an ICU nurse, helped give the man during the flight. 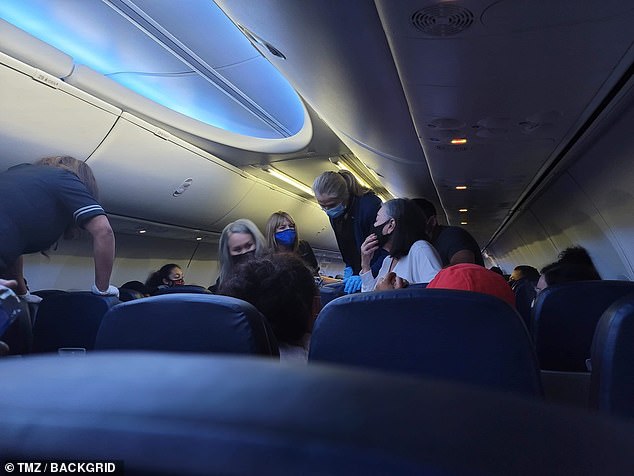 Aldapa, who is a US Navy veteran, said the man’s wife later told him that her husband had been suffering from COVID-19 symptoms prior to getting on the flight 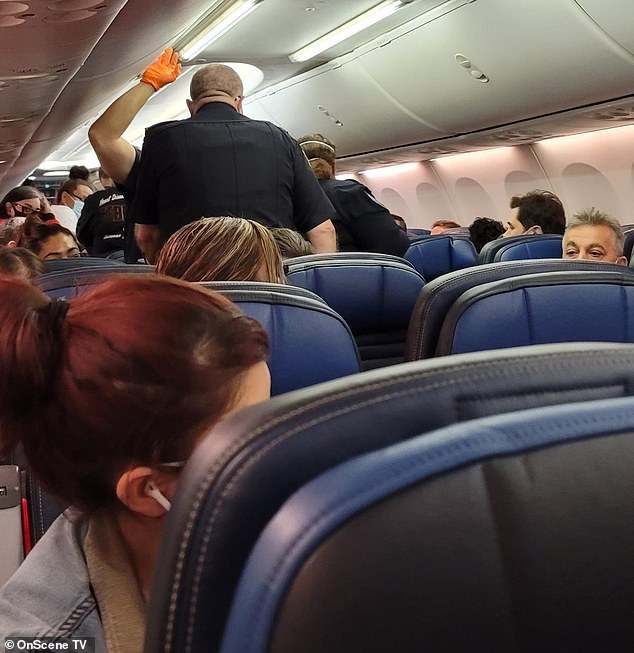 Once the plane landed, medics from the New Orleans fire department boarded the flight and the man was rushed to a nearby hospital. The flight continued on to Los Angeles shortly after

Footage filmed by fellow passengers showed the trio giving the man chest compressions in the aisle after he stopped breathing about an hour into the flight.

Passengers say the man was seen on the plane shaking and sweating and having a hard time breathing even before the flight took off.

Once the plane landed, medics from the New Orleans fire department boarded the flight and the man was rushed to a nearby hospital.

The flight continued on to Los Angeles shortly after.

Aldapa said United contacted him several days ago to say they were providing the CDC with information about passengers on the flight.

United said they had been asked by the CDC to provide a list of passengers so the agency could work with local health officials on contact tracing.

‘We are sharing requested information with the (CDC) so they can work with local health officials to conduct outreach to any customer the CDC believes may be at risk for possible exposure or infection,’ United said in a statement.

Aldapa said the CDC has still not reached out to him yet regarding contact tracing, despite the coroner’s office revealing the man’s cause of death was related to COVID-19.

In a statement, the CDC said they were in the ‘process of collecting information and proceeding according to our standard operating procedures to determine if further public health action is appropriate.

‘To protect the privacy of the individual, we aren’t providing this information to the public.’

Other passengers on board the flight have also said the CDC hasn’t yet contacted them.