The show started with a message from the Queen and ended with her latest impersonator, as The Crown’s Imelda Staunton admitted she practises her royal voice on the dog.

We had Spice Girl Mel C singing, a sacked special adviser and Richard Ratcliffe, whose wife Nazanin is still imprisoned in Iran, telling us how their small child fared at Christmas.

With the limelight on a new presenter there was a careful balance to be struck and the producers knew it. The venerable show’s promise of ‘a female perspective’ is tricky to fulfil, since there is no uniquely womanly view even about women themselves.

Fashionista, feminist or frump, tomboy or flirt, gay or straight, Leftie or Conservative, believe it or not, we are not necessarily uniformly ‘such devoted sisters’.

Hot seat: New Woman’s Hour presenter Emma Barnett (pictured in the studio yesterday) has a record as a civil but relentless news interviewer on 5 Live and Newsnight and has been frank and intelligent about both female issues and her personal experiences

There have been occasions, over the years as I gradually gave up listening regularly to Woman’s Hour, when I flicked the switch off in irritation at a presenter’s uncritical agreement with a guest I felt needed challenging.

One such item I remember, in the midst of Covid, was about how to keep safe in demonstrations and laid stress only on taking down police badge numbers to report them if you felt ‘uncomfortable’…

So while it is the editor and producers who balance topics and book guests, it also helps if the presenter has a beady-eyed journalistic awareness of the world in general, and has not visibly hooked her wagon to any ideological star. And that is where I think yesterday’s new format showed promise. 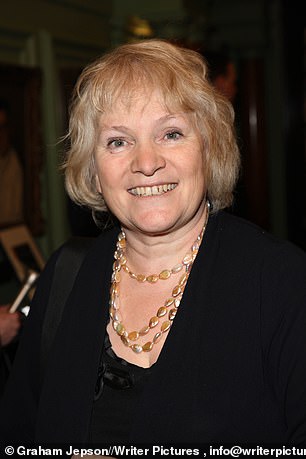 ‘I feel I may now rejoin the Woman’s Hour listenership,’ writes Libby Purves (pictured). ‘Not least because another Barnett promise is to avoid easy consensus and kneejerk-indignation at sexist or misogynistic speakers.’

Emma Barnett has a record as a civil but relentless news interviewer on 5 Live and Newsnight and has been frank and intelligent about both female issues and her personal experiences: a father sent to prison, serious gynaecological agonies, IVF and motherhood.

As blissed-out Radio 4 bosses must have thought, this makes her a one-woman dream team for the job of pulling the 75-year-old programme forward a few notches.

That change was needed has been admitted; the great doyenne Jenni Murray herself observed as she left that the show had become ‘a little too social services’. Even her younger colleague, the ebulliently gushing Jane Garvey, conceded recently that perhaps a majority of listeners are not particularly engaged by things like trans issues.

So enter Emma, and never confuse her gentle, calm tones and kindly blonde smile with any kind of weakness.

Her first and longest interview (possibly a shade too long and political for some tastes, but riveting for me) was with Sonia Khan. The 27-year-old special adviser to Sajid Javid was summarily sacked by Dominic Cummings last year and marched out of Downing Street with a police escort. She brought an unfair dismissal case, which she has settled, but had never yet spoken.

Barnett asks short firm questions and listens with bat-like accuracy to every word and tone. She heard Khan’s slightly defensive statements that her main concern was for other people in her position, but with polite focus made it clear what an outrageously humiliating way the young woman was treated. Khan was diplomatically reluctant, but it emerged under Barnett’s questioning that even the policeman charged with walking her out was embarrassed by this unprecedented behaviour. ‘He was really nice …’ 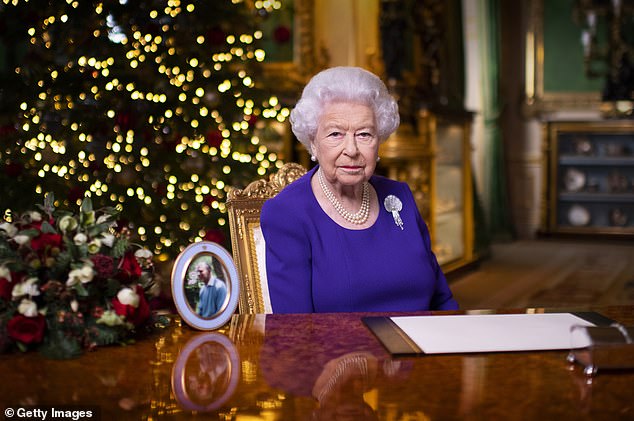 The show started with a message from the Queen who thanked the show for its ‘important work’ as an ‘advocate to women everywhere.’ Pictured, Her Majesty records her annual Christmas broadcast in Windsor Castle

And unlike many other interviewers, Barnett didn’t sympathetically say: ‘It must have been frightening,’ but rather asked straight: ‘Were you scared of Cummings…?’ It was a perfect Woman’s Hour story, telling us both about one individual’s bad experience and revealing the former culture and behaviour of No 10, which concerns us all.

There was only one moment that chimed oddly with the programme’s tone. After questioning Jeremy Hunt, there as a former foreign secretary, about Nazanin Zaghari-Ratcliffe’s position, before signing him off Barnett suddenly asked him about schools reopening. This is an irritating Today programme tic: the ‘since-you’re-here-minister’ tactic where a subject comes in to talk about one thing and is suddenly ambushed about another one.

Hunt had said his piece on the news, and here it just stole the focus from the plight of the captive woman in Iran.

The finale with Imelda Staunton was perfect. Proper laughter, a heartfelt but not gushing agreement about how live performance is different from ‘inhaling’ TV, and the revelation about Staunton’s royal speeches to the dog in the garden.

I feel I may now rejoin the Woman’s Hour listenership. Not least because another Barnett promise is to avoid easy consensus and kneejerk-indignation at sexist or misogynistic speakers. ‘Get them here, give them a microphone, let’s go toe-to-toe on this,’ she said. Attagirl!