One of North America’s rarest snakes has been spotted in the wild for the first time in four years – but this time, the rim rock crowned snake was dead after choking on a centipede.

The reptile – with the arthropod still stuck in its mouth – was found by a hiker in John Pennekamp Coral Reef State Park in Key Largo, Florida. The species was last spotted in the wild in 2018.

After the find, CT scans showed the centipeded was one-third the size of the snake – which had managed to get at least 75 percent of it into its mouth.

Researchers at the Florida Museum of Natural History were ‘flabbergasted’ by the discovery, which is also the first time humans have observed the rock crowned snake’s eating habits.

The rim rock crowned snake is only found in Florida, but the last time it was seen was 2018. One was spotted by a hiker in the Keys, but this creature was dead with a giant centipede lodged in its mouth

The team conducted a digital autopsy on the creatures, revealing the centipede was caught in the snake’s airway.

‘The snake’s trachea was pinched at the approximate location where the centipede’s circumference was the largest,’ the team shared in a press release.

Jaimi Gray, one of the researchers, said in a statement: ‘We were able to perform a digital autopsy, which allowed us to examine the centipede and snake, including its injuries and gut contents, without ever picking up a scalpel.’

Although the most obvious cause of death is asphyxiation, the team wanted to be sure it was not due to the centipede’s deadly venom.

CT scans allowed researchers to take a closer look at the bite, which appeared to cause some internal bleeding, but concluded the venom was not enough to deter the snake from killing and partially swallowing its prey. 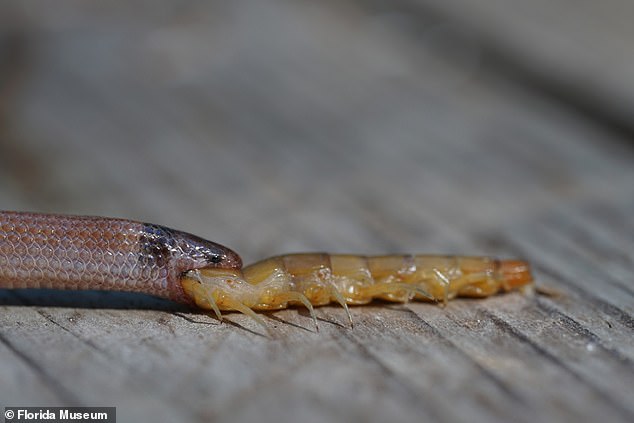 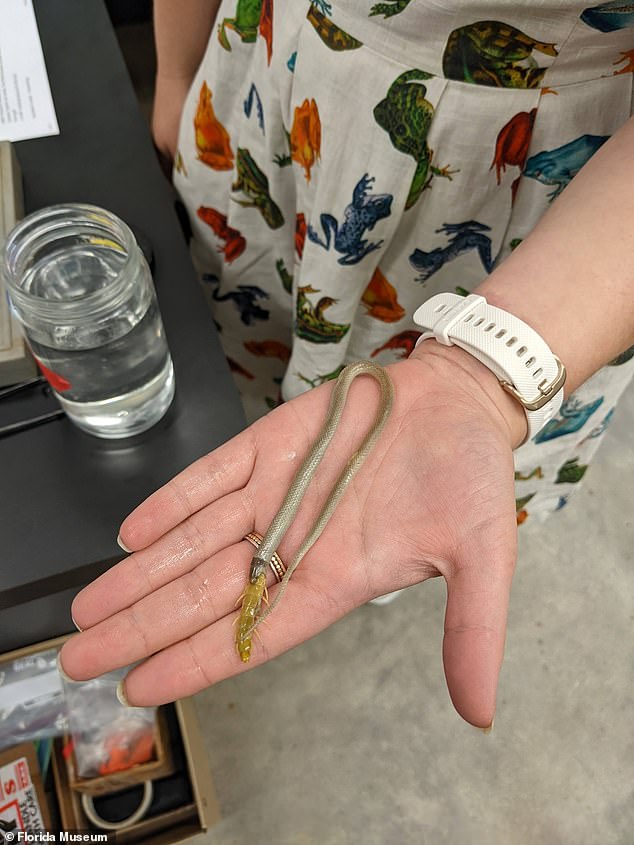 Although the most obvious cause of death is asphyxiation, the team wanted to be sure it was not due to the centipede’s deadly venom

The scans showed that it all came down to the size of the two creatures, as the snake’s trachea was pinched at the approximate location where the centipede’s circumference was the largest.

‘This likely cut off the snake’s air supply, resulting in asphyxiation,’ the team shared in the press release.

The results offer an intimate glimpse of a species many fear is on the verge of extinction.

The rock crown snake, or what is scientifically known as tantilla oolitica, once thrived in pine rocklands that started in Central Florida south to the Keys but has since been reduced due to humans moving into the area.

This resulted in the snake’s population diminishing, which forced officials to list it as threatened in Florida in 1975.

The US Fish and Wildlife Service have since been working to have the species federally listed.

Pine rockland ecosystems evolved for millions of years along the spine of an ancient coral reef, harboring a long list of rare plants and animals found nowhere else on Earth.

But the same attributes that fostered the growth of hyperdiverse forests also made this part of Florida an ideal place to build towns and cities. 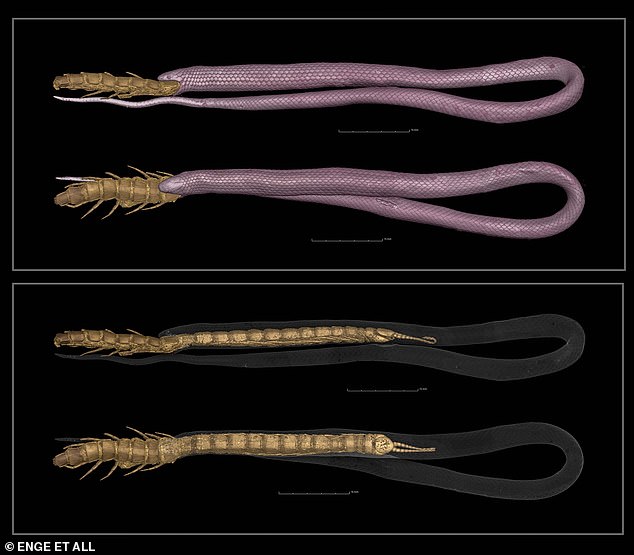 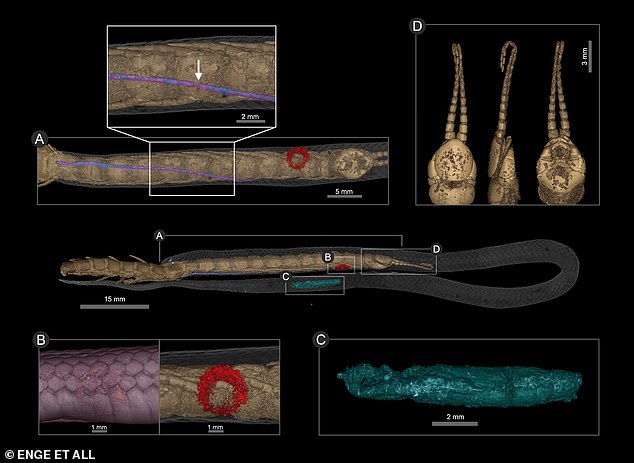 CT scans allowed researchers to take a closer look at the bite, which appeared to cause some internal bleeding, but concluded the venom was not enough to deter the snake from killing and partially swallowing its prey. The red mark

Today, an uninterrupted sprawl of development, from Miami to West Palm Beach, has almost entirely replaced the native ecosystems.

However, only two percent of the original pine rocklands exist outside the Everglades.

For animals endemic to pine rocklands, like T. oolitica, the new cityscapes have meant near annihilation.

‘We can’t say for sure whether or not they’re still present in peninsular Florida. Absence of evidence is not evidence of absence, but their habitat has basically been destroyed,’ Sheehy said.