Elon Musk’s ‘Twitter circus’ is now tarnishing the ‘pristine EV brand of Tesla,’ according to Wedbush Securities that pulled the carmaker from its Best Ideas List Thursday.

The news came from analyst Dan Ives, who not only noted how Tesla’s stock has been down 25 percent since the Twitter deal closed on October 27, but also that Musk’s ‘antics’ are a slap in the face for investors.

Wedbush believes there is no end in sight for this Twitter ‘Money Pit’ and will only take up more time, money and attending from Musk, who will become more and more removed from Tesla.

Ives explained that the stock is ‘deep in the investor penalty box’ and will stay there until Tesla shares its deliveries in January, which will give Wedbush a better sense of the company’s 2023 production trajectory.

The news also comes just two days after Musk sold off $4 billion worth of Tesla shares, which sparked share dumping from investors – dropping the Twitter CEO’s net worth below $200 billion.

Elon Musk’s Tesla is no longer on Wedbush’s top investment list. The announcement was made Thursday and sites Musk’s Twitter circus for why the decision was made

The ‘Twitter train wreck disaster,’ as Ives refers to it, began shortly after Musk offered to buy the platform in April.

Musk went from being all in to backing out in July over concerns that most of the accounts were run by spam bots and not humans.

Lawsuits were then filed and court dates were set until Musk announced he had closed the $44 billion deal on October 27, which immediately opened the doors to a ‘PR nightmare.’

Musk’s first order of business was to fire 50 percent of Twitter employees, but then backtracking and hiring some of the back.

And then there has been the verified check mark fiasco.

Musk plans to charge $8 a month for anyone and everyone to obtain the coveted mark. 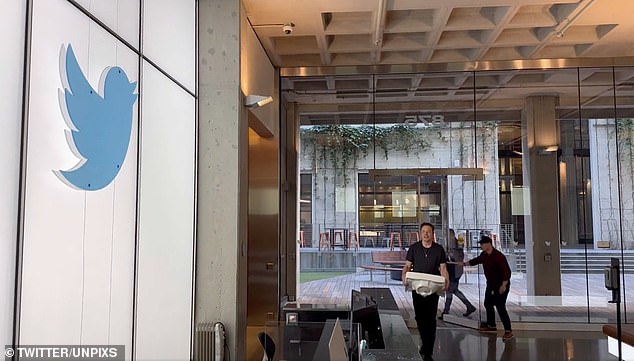 He also rolled out an Official tick Wednesday to media outlets, governments and celebrities, only to kill it two hours later.

Musk defended the decision to pull the new gray label because he believes it would create a two-class system – something he is so desperately trying to avoid with Twitter.

Ives refers to Musk as the ‘boy who cried wolf,’ selling off Tesla stocks at the drop of hat.

Musk’s continued selling of the stock to raise enough money for the Twitter deal has created an ‘agonizing cycle’ for investors to navigate and left them in an ‘albatross.’

‘Now sitting on top of the peak of the mountain with Tesla in a massive position of strength Musk has managed to do what the bears have unsuccessfully tried for years … crush Tesla’s stock by his own doing in what we view as a purely painful dark situation,’ Ives said.

Wedbush is not the only ones who feel this way, as other investment firms are taking the same stance.

‘It seems like Elon Musk is spending 100 percent of the time on Twitter and you know, it might need more capital,’ said Jay Hatfield at Infrastructure Capital Management.

Since buying Twitter, Musk has made very few tweets on Tesla, a practice that helped him gain traction on the platform.