Tesla CEO Elon Musk has told executive staff at the company they face being fired unless they work at least 40 hours a week in the office.

In a leaked email sent to workers with the miss-spelt subject line ‘remote work is no longer acceptble’, Musk wrote that any executive staff who wish to work remotely must be in the office for a minimum of 40 hours per week ‘or depart Tesla’.

He added that the requirement for executive staff to work at least 40 hours in the office is ‘less than we ask of factory workers’.

Musk continued: ‘If there are particularly exceptional contributors for whom this is impossible, I will review and approve those exceptions directly.’

Musk went on to write in the email that the office ‘must be a main Tesla office, not a remote branch office unrelated to the job duties, for example being responsble for Fremont factory human relations, but having your office in another state’.

Responding to a question on Twitter from a follower about whether he has a comment to ‘people who think coming into work is an antiquated concept’, Musk wrote back: ‘They should pretend to work somewhere else.’

In a leaked email sent to workers with the miss-spelt subject line ‘remote work is no longer acceptble’, Musk wrote that any executive staff who wish to work remotely must be in the office for a minimum of 40 hours per week ‘or depart Tesla’

Musk has previously hit out against remote working policies and blasted Americans for ‘trying to avoid going to work at all’ and compared them to staff in China who stay at the factory ‘burning the 3am oil’.

In April, staff at Tesla’s Gigafactory were made to sleep at work when production resumed after a three-week shutdown.

Workers were given a sleeping back and mattress and part of the factory floor to sleep on.

Responding to a question on Twitter from a follower about whether he has a comment to ‘people who think coming into work is an antiquated concept’, Musk wrote back: ‘They should pretend to work somewhere else’

Food of around $63 a day was provided to each employee but they were expected to work 12 hours a day, with one day off every six days.

Before the temporary measures were imposed, staff reportedly worked eight-hour shifts with four days on and two days off.

Before Shanghai’s lockdown on March 28, the Gigafactory produced 2,000 cars a day and made half of the vehicles the company delivered worldwide last year.

Last month, Musk, who is currently in negotiations with Twitter over buying the social media giant, seemingly took aim at the company’s lax remote working policies.

He said he asked his Twitter followers if he should transform the company’s Silicon Valley headquarters into a homeless shelters ‘since no one shows up anyway’.

It comes after Twitter brass – who offered staffers the option of working from home ‘forever’ during the pandemic – reopened its offices March 15, with remote work remaining an option for staffers.

More than a month later, as Silicon Valley’s tech workers are starting to filter back to the office as Covid-19 cases plummet, it looks as if the CEO’s faith in staffers’ desire to return to work in-person was misplaced – something new board member Musk seemed to hone in on with his evidently mocking post.

Google, for instance, told employees in April that it would begin requiring employees to return in person at least three days a week. 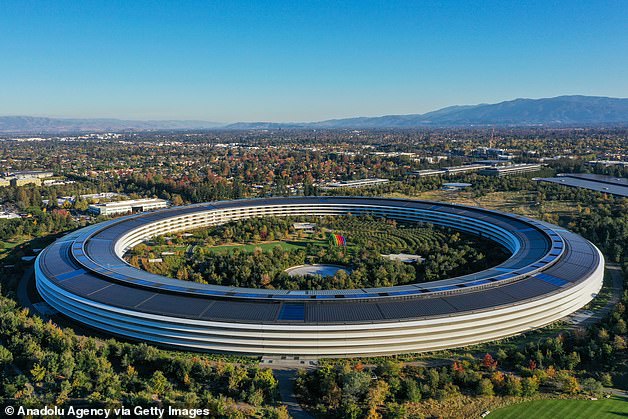 Apples’s headquarters in Cupertino, California, are pictured above. The company delayed plans to bring employees back to the office three days per week citing Covid surges

Last month, Apple announced it was delaying plans to bring employees back to the office three days a week as Covid cases in its home state of California surged once again.

The tech company blamed recent Covid-19 surges in California for the delay of the three day a week requirement. Workers must still come in two days a week, but it remains unclear when the three-day-a-week rule will be enforced.

The now-suspended plan required employees to work from the office on Mondays, Tuesdays, and Thursdays. Employees have been going to the Apple office two days a week since April, and there has been no indication that requirement will be changed.

Apple blamed surging Covid-19 cases as the reason for the requirement’s delay, but the three day per week plan has been controversial among staff since it was announced.

The former director of machine learning at Apple, Ian Goodfellow, made headlines in May when he quit his job in protest at the company’s three days per week demands. 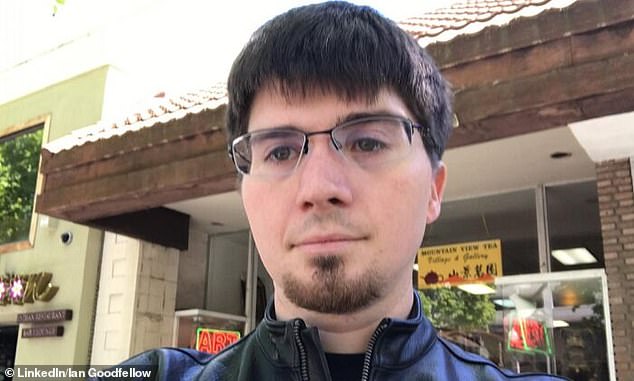 Ian Goodfellow, Apple’s director of machine learning, has quit in protest at their policies forcing people back to their offices three days a week

In his resignation note, Goodfellow insisted that office flexibility was best for his team.

‘I believe strongly that more flexibility would have been the best policy for my team,’ he said, according to The Verge.

Apple’s CEO Tim Cook has been adamant about the return to office of his employees, insisting that a hardware-heavy company like Apple needs its employees physically together to design its physical products.

In early March, he wrote to staff saying they needed to prepare to return.

‘In the coming weeks and months, we have an opportunity to combine the best of what we have learned about working remotely with the irreplaceable benefits of in-person collaboration,’ Cook said in the memo, according to Bloomberg 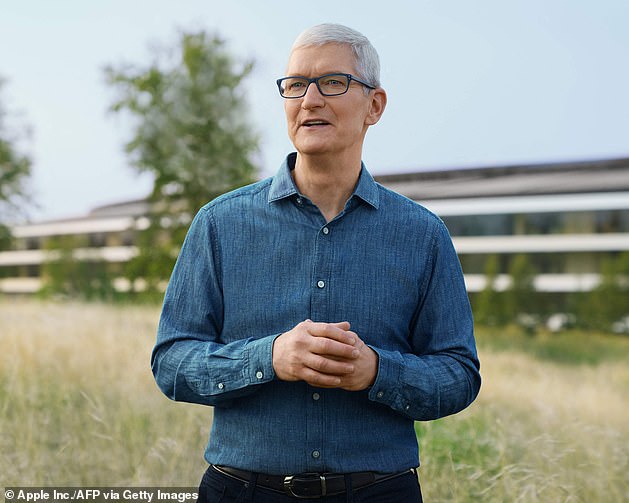 Many employees however insist that they can do the work just as well remotely, and that they don’t want to lose their work-life balance.

‘Everything happened with us working from home all day, and now we have to go back to the office, sit in traffic for two hours, and hire people to take care of kids at home,’ says a former Apple employee anonymously told Bloomberg in April, ‘Working from home has so many perks. Why would we want to go back?’

Employees have also been quick to point out that while they spend their days designing products that enable work from home across the world, they are required to return to an office.

‘We tell all of our customers how great our products are for remote work, yet, we ourselves, cannot use them to work remotely?’ an open letter signed by more than 1,050 Apple employees read.

‘How can we expect our customers to take that seriously? How can we understand what problems of remote work need solving in our products if we don’t live it?’

Twitter, meanwhile, has not issued any in-person requirements for its staffers – a decision Musk seemingly panned in his post.

It is not only tech companies that have faced backlash from employees about returning to the office.