Musk had offset nearly 22 million of his 426 million shares between December 12 and 14, 2022, as Tesla was projected to be one of the worst performing stocks of the year, the Wall Street Journal reports.

While the end of 2022 saw a small rebound for the company’s shares, the stocks plummeted even further when the market opened on January 3 following the company’s announcement that delivery targets fell short by nearly 22,000 cars.

Given the timing of the deal, Donald Langevoort, another securities law professor at Georgetown University, called for greater transparency.

‘Is it suspicious? Yes. Is it entirely possible there are other explanations? Of course,’ Langevoort told the WSJ. ‘But that’s what the enforcement process is all about.’

Elon Musk sold $3.6 billion in Tesla shares between December 12 to 14, 2022, and then on January 2, the company announced disappointing delivery numbers, causing shares to dip 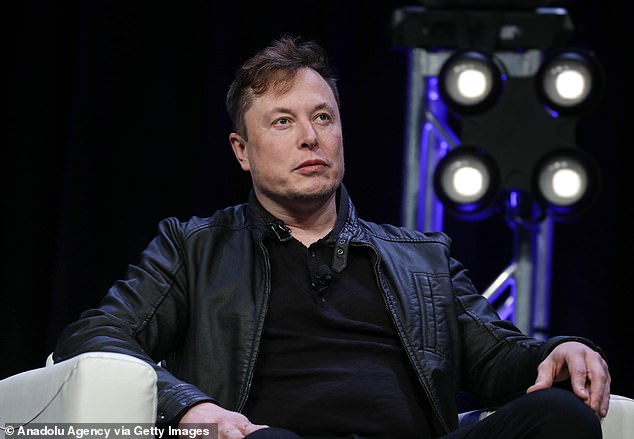 Along with the shares sold in December, Musk has sold more than $39 billion worth of stock since its peak back in November 2021, the majority of which was used to fund his $44 billion Twitter takeover.

Even after all the sales, Musk still owns 426.6 million shares of Tesla, giving him a 13.4 percent ownership position in his company.

The recent sales in December added up to more than a third of the shares he sold in 2022, with the timing raising questions about insider trading.

Insider trading refers to the illegal practice of trading shares through confidential information. In Musk’s case, it would be selling off 22 million shares while knowing about the disappointing sales numbers before it was public knowledge.

‘The issue here is, what did he know and what was the market anticipating when he sold,’ James Cox, a securities law professor at Duke University, told WSJ. ‘That’s a critical moment.’

‘This should be of great interest to the SEC,’ he added.

While the SEC prohibits insider trading, there are several exceptions, one of which Musk has used before. By filing for a preset trading schedule with the SEC, known as a 10b5-1 plan, corporate insiders are mostly free to sell and buy their company stocks.

Although the December trade was filed without the preset schedule, the SEC rules at the time meant he didn’t have to disclose whether or not he was actually using the plan. 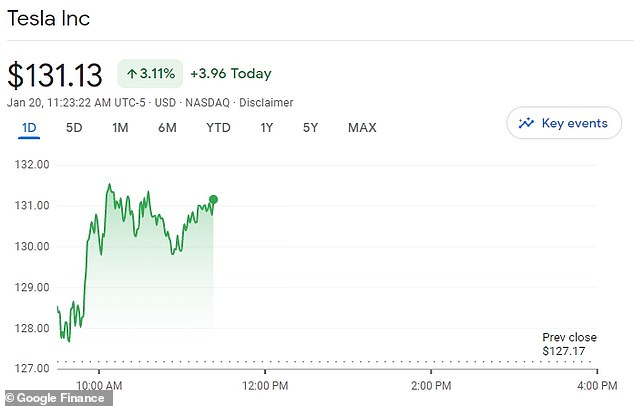 Tesla’s stock has been on the rebound following a disastrous start of the year, with shares up 3.11 percent on Friday 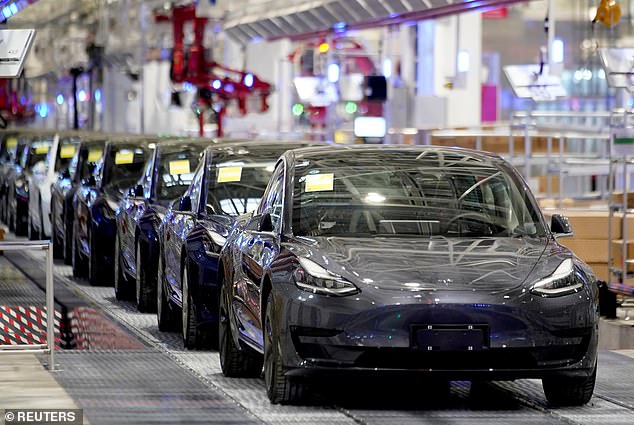 Musk’s trade in December came as the company stock dropped by 42 percent that month alone, ending 2022 with a 69 percent dip.

The drop in Tesla’s stock, the lowest in two years, came as Reuters reported that the electric car company suspended production at its Shanghai Gigafactory.

Meanwhile, a Reuters analysis showed that prices of used Tesla cars were falling faster than those of other carmakers, weighing on demand for the company’s new vehicles rolling off the assembly line.

According to the latest delivery numbers released by the automaker, the company delivered an impressive 1.3 million vehicles last year – a more than 40 percent increase for the year prior. 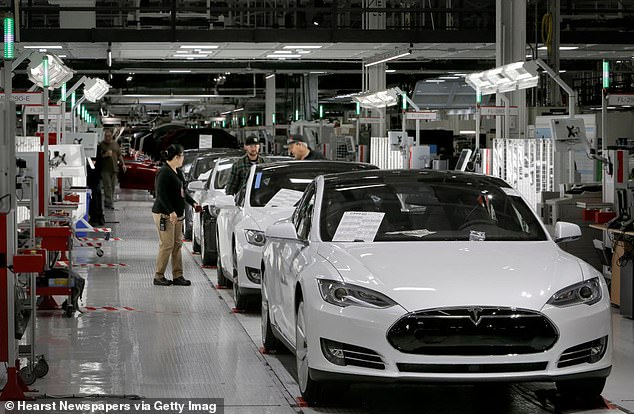 The data – which serves as the closest approximation of sales for the company – illustrates that while seeing success in the early stages of 2022 and year preceding, Tesla’s growth is slowing

Over the past three months, Tesla delivered an underwhelming 405,278 vehicles, the data shows – well below the median estimate of 431,000 laid by analysts.

The data – which serves as the closest approximation of sales for the company – illustrates that while seeing success in the early stages of 2022 and year preceding, Tesla’s pace of growth is slowing.

Last month, Musk said he would not sell any more shares in Tesla for at least 18 months in an apparent attempt to comfort shareholders who have watched the stock drop nearly half of its value since the CEO’s purchase of Twitter went through in October.