Elon Musk revealed on Twitter that he’s lost over 20 pounds and that he feels ‘healthier’ from practicing intermittent fasting, just a month after being shamed by online trolls over shirtless pictures of him on board a yacht in Mykonos, Greece.

The 50-year-old billionaire wrote to his followers on Sunday that he is ‘over 20 lbs down from my (unhealthy) peak weight’ and that ‘fasting periodically’ has played a part in his goal to loose weight, ‘on advice of a good friend.’

‘The Zero fasting app is quite good,’ he shared in another tweet. The app ‘utilizes intermittent fasting and tracking tools to help [people] lose weight and take control over [their] metabolic health.’ 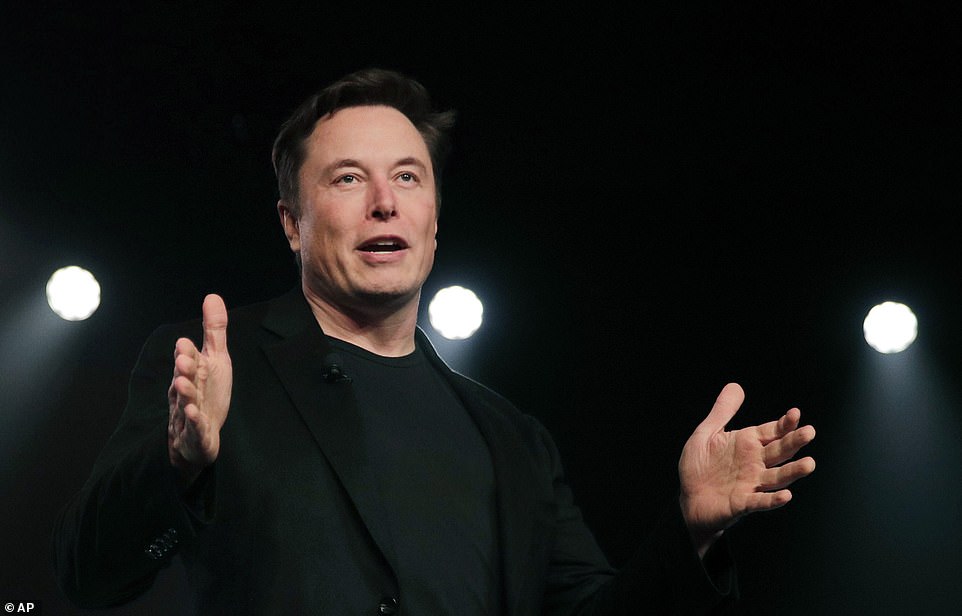 Musk also replied to one of his fans on the social media platform that he lifts ‘a little’ after he was asked if he works out. The business tycoon’s tweets were sent ahead of a four-day energy conference in Norway, and Musk has urged people to ‘make more babies’ and the world to keep relying on oil. 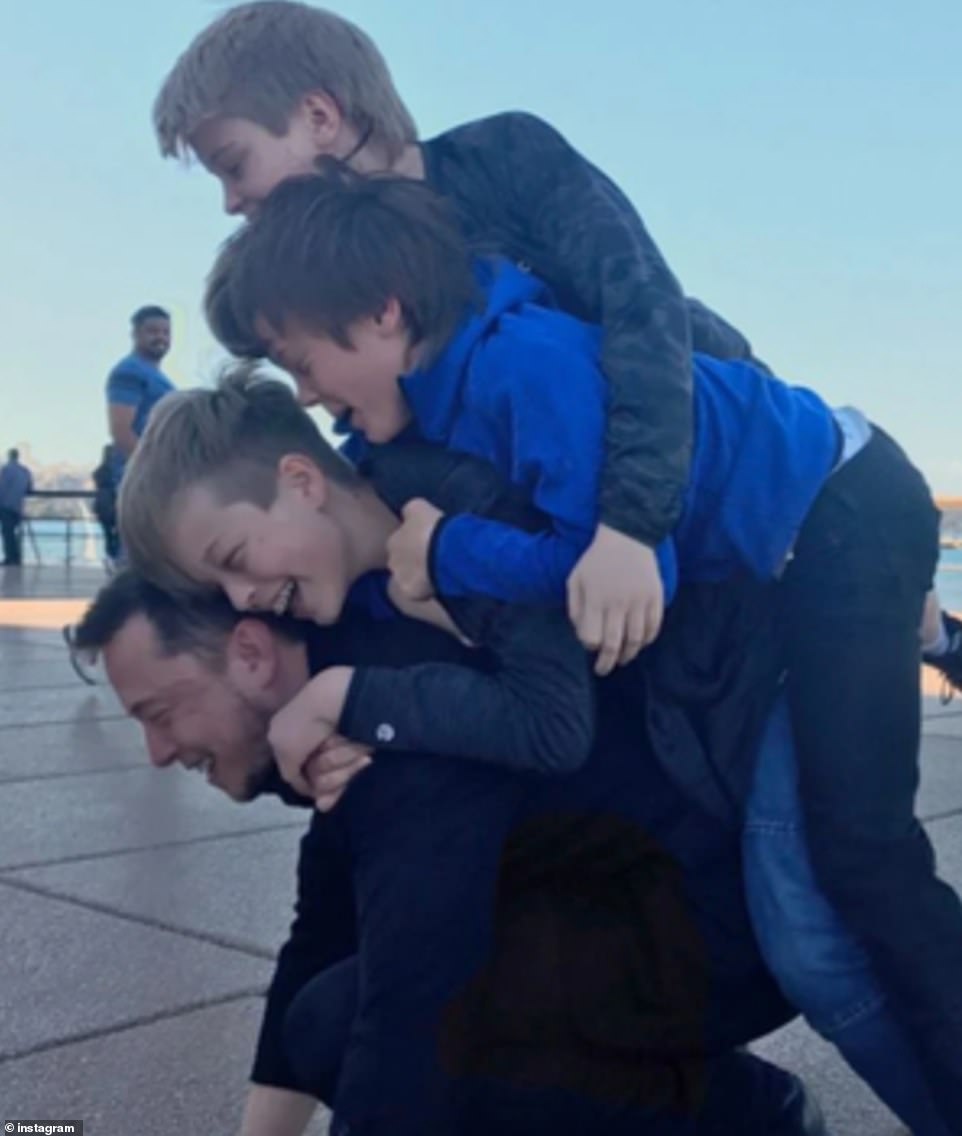 The founder of Tesla and SpaceX said that the worldwide birth rate is ‘one of my favorite things to be concerned about. We don’t want the population to drop so low that we’ll just eventually die. At least make enough babies to sustain the population.’ He added: ‘They say civilization might die with a bang or with a whimper, but if we don’t have enough kids, then we will die with a whimper in adult diapers. And that will be depressing.’ 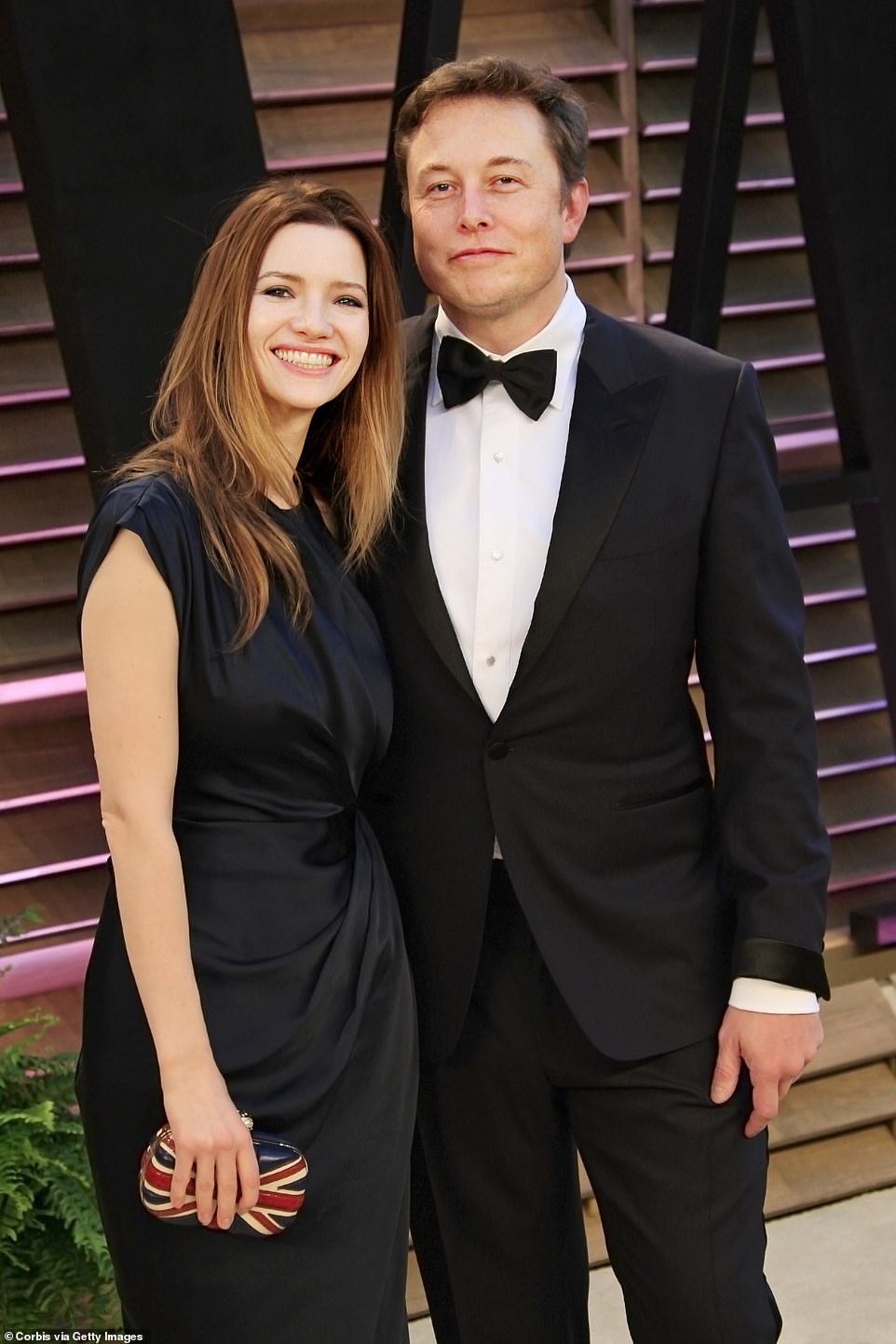 Musk has been married three times: once to Canadian author Justine Wilson, who was his first wife, for eight years; and twice to English actress and author Talulah Riley (pictured), from 2010 to 2012 and again from 2013 to 2016. He has also been in romantic relationships with controversial actress Amber Heard and musician Grimes. 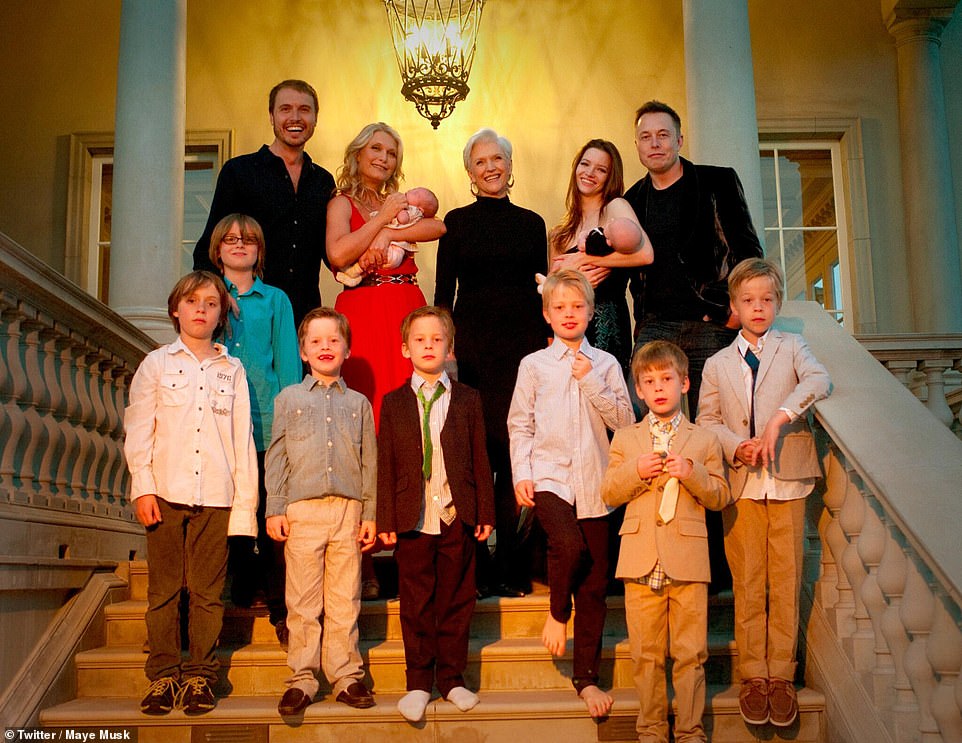 Furthermore, the founder of The Boring Company is the father of ten children, including twins born through IVF in November 2021 with Neuralink executive Shivon Zilis, while he was still in a relationship with Grimes. 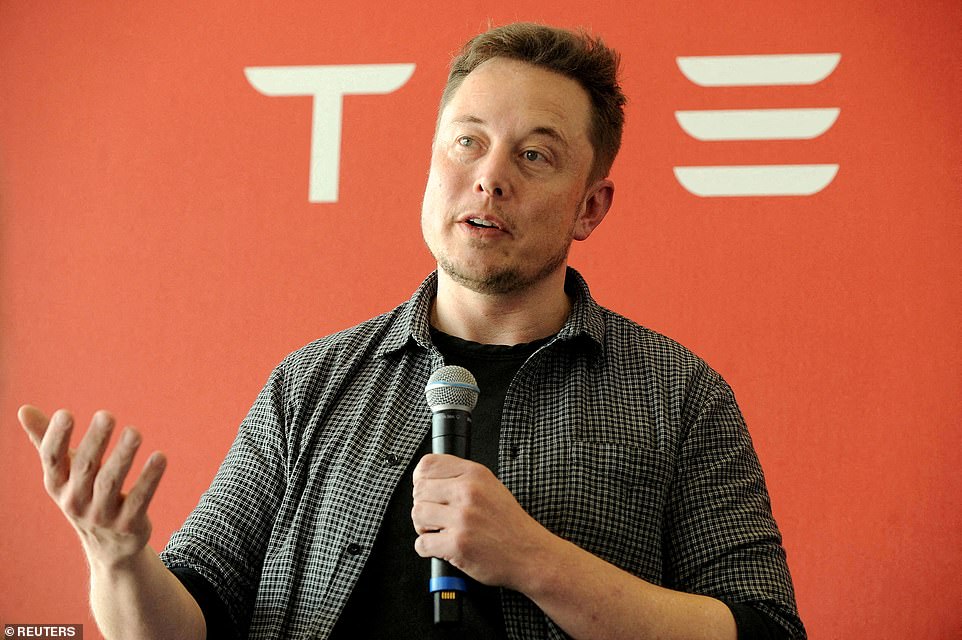 The co-founder of PayPal further said that ‘maybe’ Tesla will be releasing self-driving electric vehicles by the end of the year, although he thinks ‘realistically, we do need to use oil and gas in the short term, because otherwise civilization would crumble,’ adding that ‘some additional exploration is warranted at this time.’ 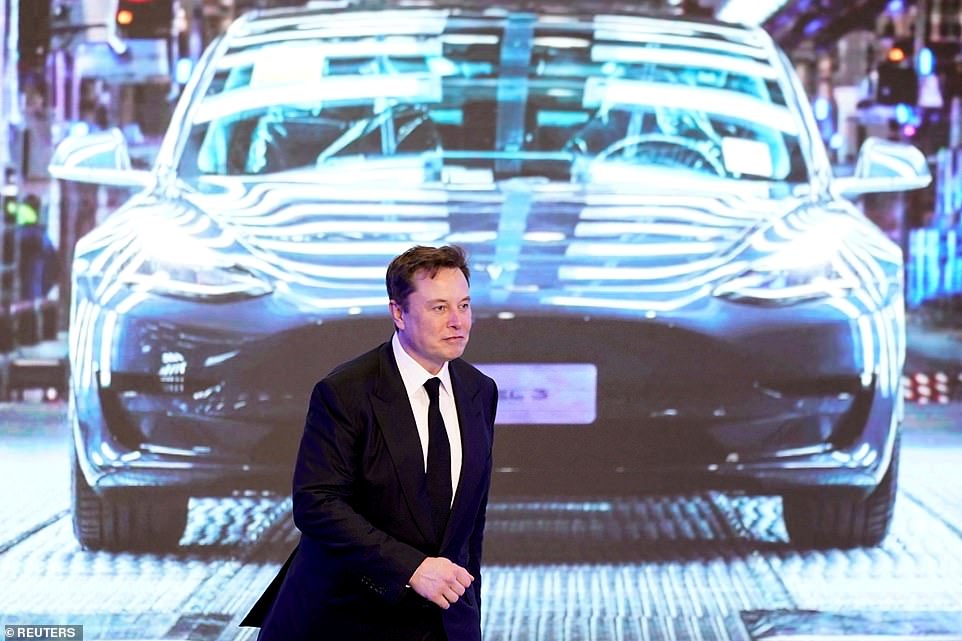 Musk was subject to online trolling in July for looking flabby in July as he enjoyed himself onboard a luxury yacht with close friend and William Morris Endeavor boss Ari Emanuel as well as his new wife, Sarah Staudinger. The trio were relaxing off the Greek Mediterranean island of Mykonos. In reaction to comments over his physical appearance, the world’s richest man mocked himself on Twitter, as shirtless snap of him quickly turned into memes.

‘Haha damn, maybe I should take off my shirt more often … free the nip!! (already back in the factory btw),’ Musk posted on Twitter at the time. The 50-year-old, with a net worth of $257.3 billion, even replied to an account poking fun at his physique, tweeting: ‘According to new CDC guidelines anyone posting a shirtless pick of @elonmusk to make fun of him must also post a shirtless pic of themselves for comparison.’ ‘Tbh, it’s good motivation to work out, eat healthier & maybe take my shirt off outside more than once a year haha,’ Musk shared in a different tweet. 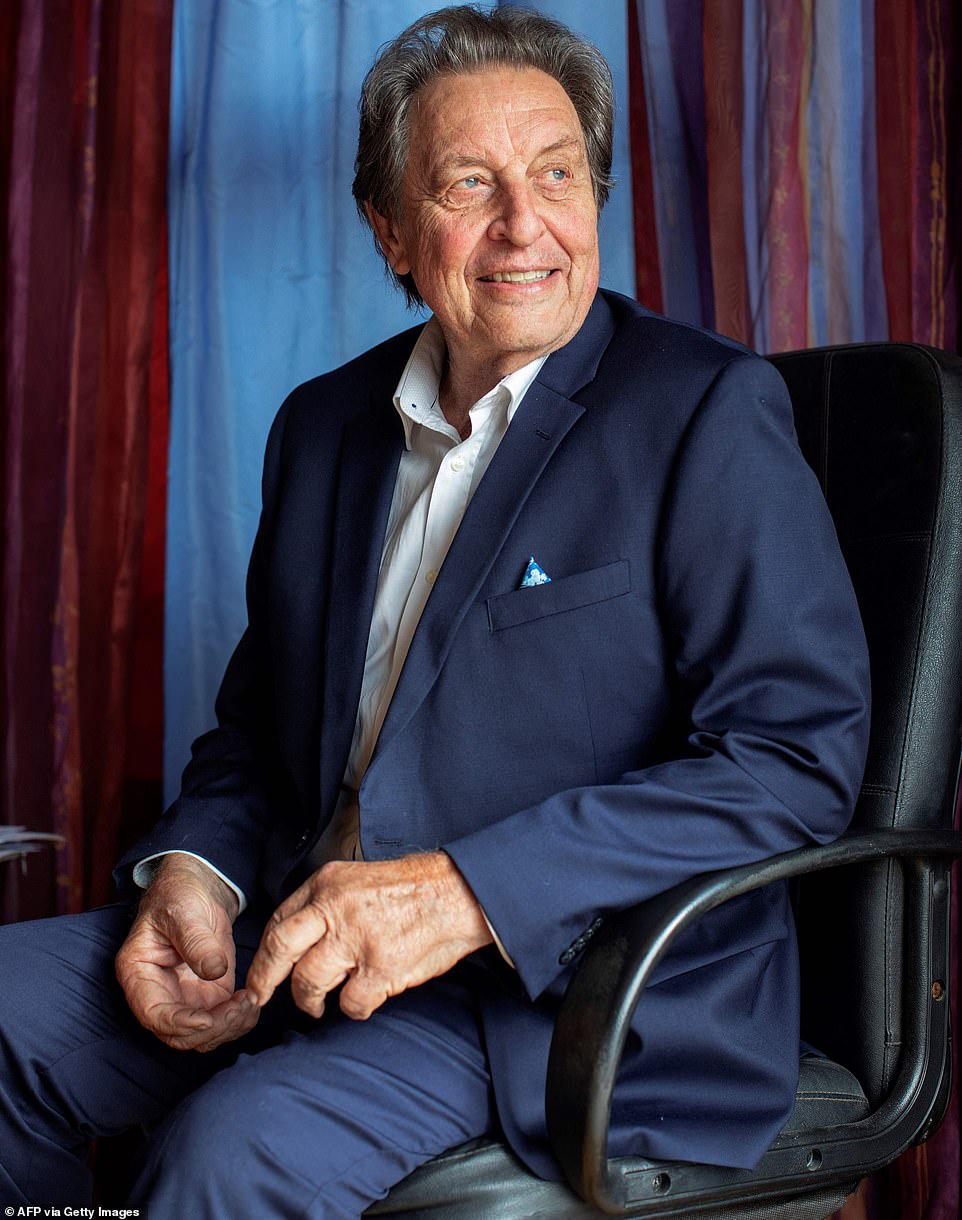 One person who said he wasn’t proud of Musk’s shape was his father, South African engineer Errol Musk (pictured), who advised his son to take diet supplements and stop ‘eating badly.’ ‘I gotta work out and be in better shape,’ Musk replied earlier this month on Twitter. ‘I actually don’t really like working out, but I gotta do it.’ 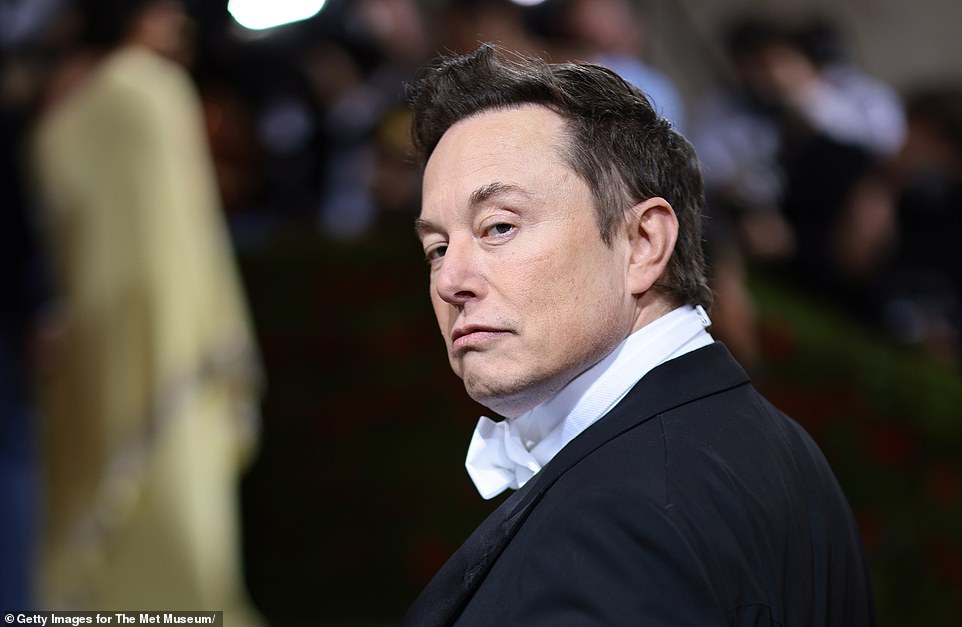 The billionaire revealed he usually wakes up at around 9 or 9:30 a.m., then has a ‘terrible habit’ of looking at his phone instead being physically active. ‘I’m gonna switch from looking at my phone first thing when I wake up to working out for at least 20 minutes then looking at my phone,’ he once said in an episode of the Full Send podcast. Intermittent fasting, also known as intermittent energy restriction, is ‘an eating pattern that cycles between periods of fasting and eating,’ according to Healthline. It doesn’t specifically involve a selection of foods you should eat but focuses more on time gaps in between meals. Common intermittent fasting methods involve daily 16-hour fasts or fasting for 24 hours, twice per week.