Elon Musk has revealed that he took advantage of discounts at the fast food chain Jack in the Box after an infamous food poisoning incident in the 1990s.

Musk shared the tale in an interview with a Tesla owners fan club published on Friday, recalling how he and his brother Kimbal used to frequent a Silicon Valley location of the chain.

Although Musk, the richest man in the world, appeared to be poking fun at his younger self for scrounging to save money, the interview drew some backlash after he laughed while bringing up the 1993 outbreak that killed four children.

‘Funny thing was, when we — Jack in the Box was operating at a discount because, like a couple years earlier, people had died from eating at Jack in the Box,’ he said. 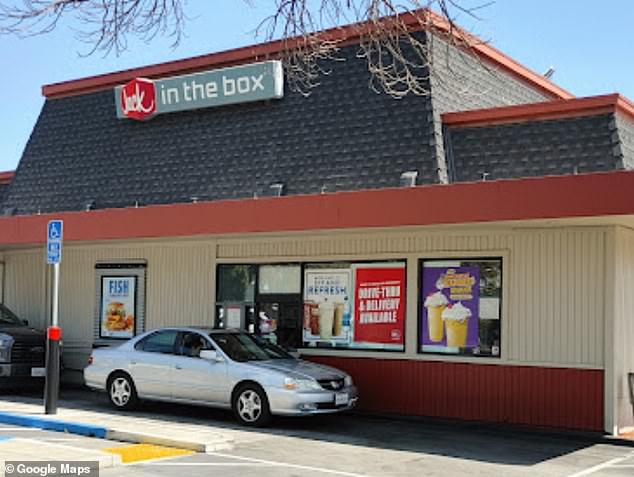 ‘So, we figure, like, this is a great, ok, they gotta charge less, you know?’ continued Musk.

‘I think they’ve improved their food quality or whatever. But because some people had died from food poisoning from Jack in the Box, it was — like, like, that’s how scroungy we were,’ he said.

‘Like, we’re like, ok we’re not gonna go to McDonald’s. We’re gonna go to Jack in the Box because the food is cheaper because they had food poisoning.’

Musk elaborated in a tweet following the interview: ‘My bro & I had dinner at the El Camino Jack in the Box almost every night around late 95. Some people had died from food poisoning a few years earlier, so prices were low.’

The 1993 Jack in the Box E. coli outbreak is one of the most notorious food poisoning incidents in modern history.

The outbreak, originating from contaminated beef patties, killed four children and sickened 732 people across the states of California, Idaho, Washington and Nevada. 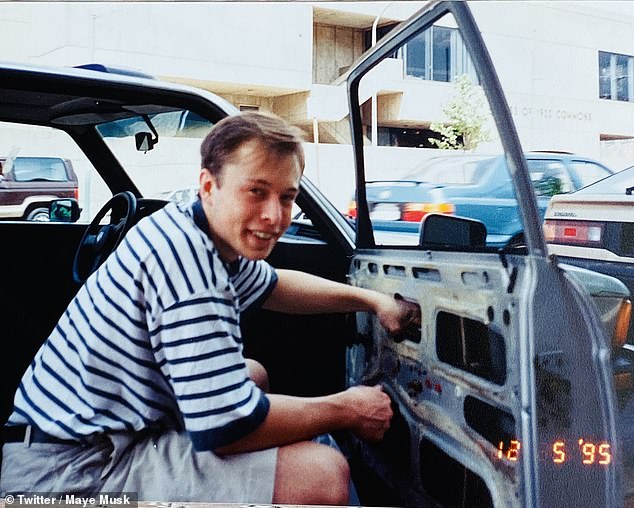 Musk is seen in 1995, the year when he frequently ate Jack In The Box to save money. At the time he was building his first company, a startup called Zip2

Just weeks after his inauguration, President Bill Clinton hosted a town hall and was confronted with questions from the parents of 17-month-old Riley Detwiler, one of the children killed in the outbreak.

The deadly incident threatened the very existence of the Jack in the Box chain, but after introducing rigorous new food safety protocols the company was eventually able to recover.

Following the interview, some critics were quick to accuse Musk of making light of the deadly food poisoning incident.

Others disagreed, with one person commenting: ‘I think he’s laughing at the fact he was risking his life to score a cheap meal..not that children actually died.’

Musk earlier made waves saying he has a ‘super bad feeling’ about the economy, in an email to Tesla executives seen by Reuters. 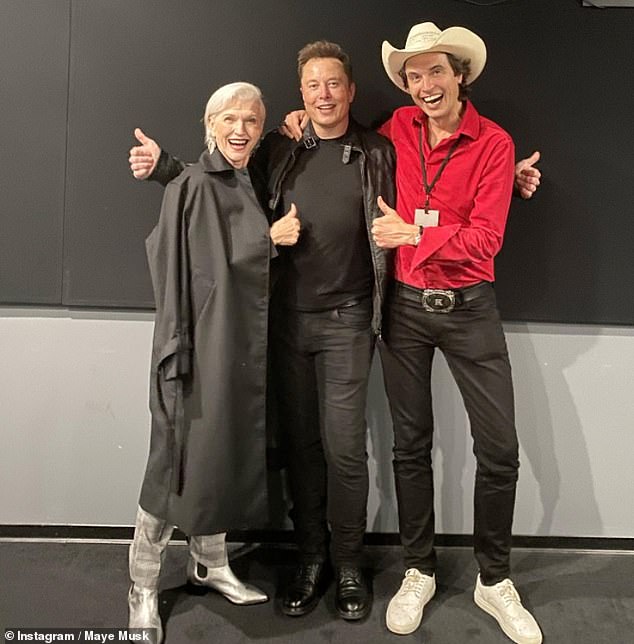 Elon and Kimbal Musk are seen with their mother Maye. The two brothers worked together on Elon’s first startup in the 90s and Kimbal now serves on the Tesla board

The message, sent on Thursday and titled ‘pause all hiring worldwide,’ came two days after the billionaire told staff to return to the workplace or leave, and adds to a growing chorus of warnings from business leaders about the risks of recession.

Tesla shares fell 9 percent on Friday after the Reuters report. The tech-heavy Nasdaq was down about 2 percent.

In another email to employees on Friday, Musk said Tesla will be reducing salaried headcount by 10 percent, as it has become ‘overstaffed in many areas.’ But ‘hourly headcount will increase,’ he said.

‘Note, this does not apply to anyone actually building cars, battery packs or installing solar,’ Musk wrote in the email seen by Reuters.

Almost 100,000 people were employed at Tesla and its subsidiaries at the end of 2021, its annual SEC filing showed. It did not break down numbers of salaried and hourly workers.