Elon Musk oversaw a staged 2016 Autopilot video that promoted Tesla’s self-driving technology that the system did not have, such as knowing when to stop and go at traffic lights, according to internal emails viewed by Bloomberg.

The controversial video that remains published on Tesla’s website was pushed by Musk to convince consumers the car can drive itself.

In a revealed email from Musk to the Autopilot team in October 2016,  the billionaire echoed the importance of the demonstrative video to persuade interest in the self-driving car, according to Bloomberg.

‘Just want to be absolutely clear that everyone’s top priority is achieving an amazing Autopilot demo drive,’ Musk told the Autopilot team at the time. ‘I will be telling the world that this is what the car *will* be able to do. Not that it can do this upon receipt.’

Musk later changed the goal of the video to emphasize that the car was ready to self-drive once delivered despite the technology not being available.

Elon Musk directed Tesla’s staged 2016 self-driving demonstration, emails reveal. Musk’s goal of the video was initially to show what Tesla will be able to do it 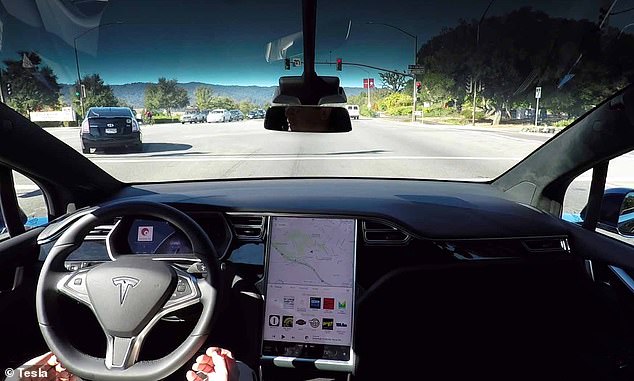 A 2016 video Tesla used to promote its self-driving technology was staged to show capabilities like stopping at a red light and accelerating at a green light. The system did not have those capabilities, when the video was released

Tesla’s ‘self-driving’ system doesn’t appear to work how it was initially advertised with the video message that ‘the person in the driver’s seat is only there for legal reasons’ and ‘the car is driving itself.’

Musk reportedly created the message for the video after insisting the demo was to show consumers the future of Tesla.

The Twitter CEO worked days in 2016 with the Auto Pilot team to launch the video and asked that each worker logged what they did to help make a successful demo, according to the news outlet.

The company continues to warn drivers with the self-driving option to keep their hands on the wheel in case anything unexpected occurs.

On Tesla’s website, Autopilot is advertised as the ‘future of driving’ and informs the feature ‘enables your car to steer, accelerate and brake automatically within its lane under your active supervision, assisting with the most burdensome parts of driving.’

Lawsuits have since been launched against Tesla with attorneys using the controversial video to back their clients.

The video, which remains archived on Tesla’s website, was released in October 2016 and promoted on Twitter by Chief Executive Elon Musk as evidence that ‘Tesla drives itself’

Ashok Elluswamy, director of Autopilot software at Tesla, admitted the car in the 2016 demonstration admitted the Model X was not driving itself with technology Tesla had deployed. 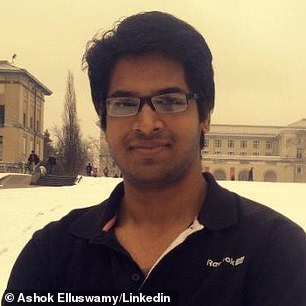 Elluswamy gave a deposition in July that was taken as evidence in a lawsuit against Tesla for a 2018 fatal crash involving a former Apple engineer Walter Huang.

The previously unreported testimony by Elluswamy represents the first time a Tesla employee has confirmed and detailed how the video was produced.

Elluswamy said Tesla’s Autopilot team set out to engineer and record a ‘demonstration of the system’s capabilities’ at the request of Musk.

To create the video, the Tesla used 3D mapping on a predetermined route from a house in Menlo Park, California, to Tesla’s then-headquarters in Palo Alto, he said.

Drivers intervened to take control in test runs, he said. When trying to show the Model X could park itself with no driver, a test car crashed into a fence in Tesla’s parking lot, he said.

‘The intent of the video was not to accurately portray what was available for customers in 2016. It was to portray what was possible to build into the system,’ Elluswamy said, according to a transcript of his testimony seen by Reuters.

When Tesla released the video, Musk tweeted, ‘Tesla drives itself (no human input at all) thru urban streets to highway to streets, then finds a parking spot.’ 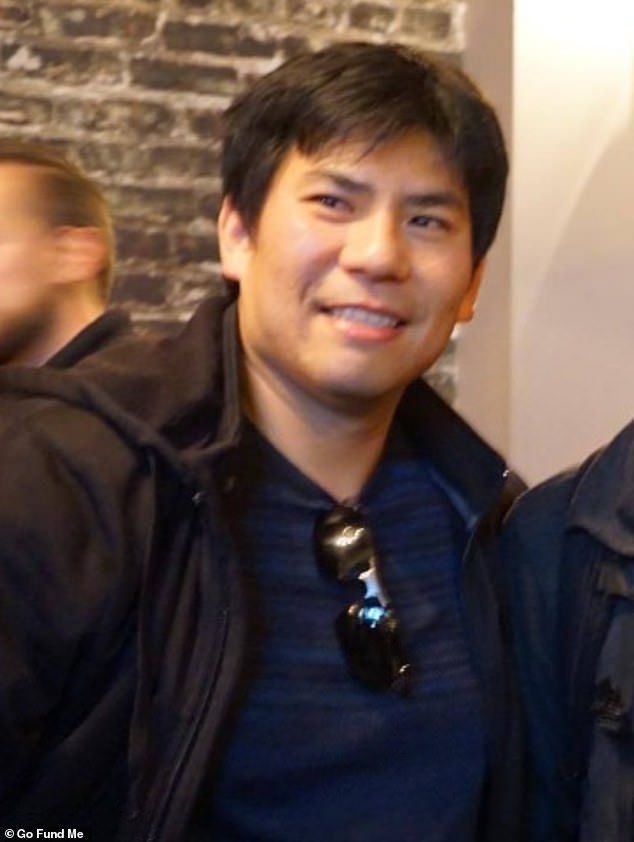 Elluswamy was deposed in a lawsuit against Tesla over a 2018 crash in Mountain View, California, that killed Apple engineer Walter Huang (pictured) 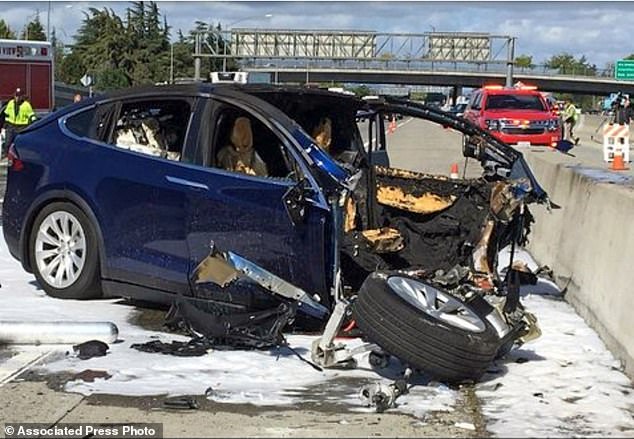 Walter Huang, an Apple engineer and father-of-two, died after his Tesla veered off U.S. 101 in Silicon Valley and into a concrete barrier in March 2018

The U.S. Department of Justice began a criminal investigation into Tesla’s claims that its electric vehicles can drive themselves in 2021, after a number of crashes, some of them fatal, involving Autopilot, Reuters has reported.

The New York Times reported in 2021 that Tesla engineers had created the 2016 video to promote Autopilot without disclosing that the route had been mapped in advance or that a car had crashed in trying to complete the shoot, citing anonymous sources.

When asked if the 2016 video showing the performance of the Tesla Autopilot system was available in a production car at the time, Elluswamy said, ‘It does not.’

Elluswamy said drivers could ‘fool the system,’ making a Tesla system believe that they were paying attention based on feedback from the steering wheel when they were not.

But he said he saw no safety issue with Autopilot if drivers were paying attention.