Elon Musk has mocked Twitter in a meme making fun of companies for changing their online logos for LGBT Pride Month, even as he pursues his $44 billion takeover of the company.

Musk on Tuesday posted a meme showing an approaching dust storm covered with corporate logos, including Twitter’s, in rainbow colors, along with the words ‘June is almost here.’

It was just the latest jab Musk has taken at Twitter even after signing a deal to acquire the company, which is expected to close later this year.

Wednesday will mark the first day of Pride Month, which is observed every June, and many of the world’s largest companies typically change their main social media profiles. 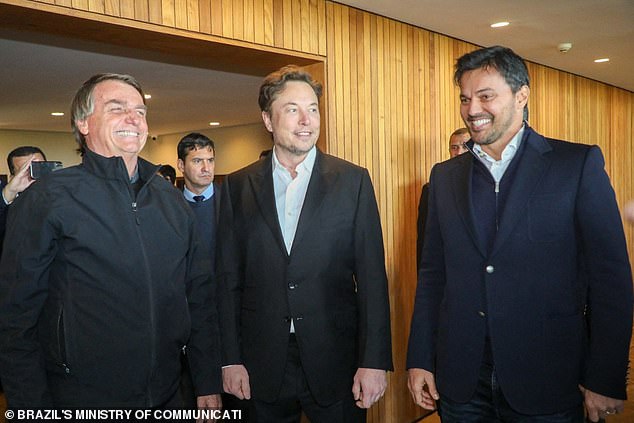 Elon Musk has mocked Twitter in a meme making fun of companies for changing their online logos for LGBT Pride Month, even as he pursues his $44 billion takeover of the company

The tradition of rainbow corporate logos typically generates mockery and controversy each year, with some questioning whether it is a show of true solidarity or a craven attempt at pandering.

Last year, Fortune magazine noted that many large firms with regional social medial accounts did not change their logo for Pride Month in accounts dedicated to the Middle East, where gay rights are often limited.

‘Such contradictions did not go unnoticed on social media, drawing questions and even mockery of brands that couldn’t keep their messaging consistent across markets,’ the report noted.

Last year, major car brands including Mercedes-Benz, BMW, and Volkswagen changed their branding in the West for Pride Month, while leaving their Middle Eastern accounts unchanged.

Google-owned YouTube, Microsoft, and Proctor and Gamble also had disparate Pride Month branding across regions. None of those companies’ plans for June 2022 were immediately clear.

Earlier on Tuesday, Musk declared that something ‘very strange’ is happening to his Twitter feed, fueling conspiracy theories that the company is purposely hiding his tweets from followers. 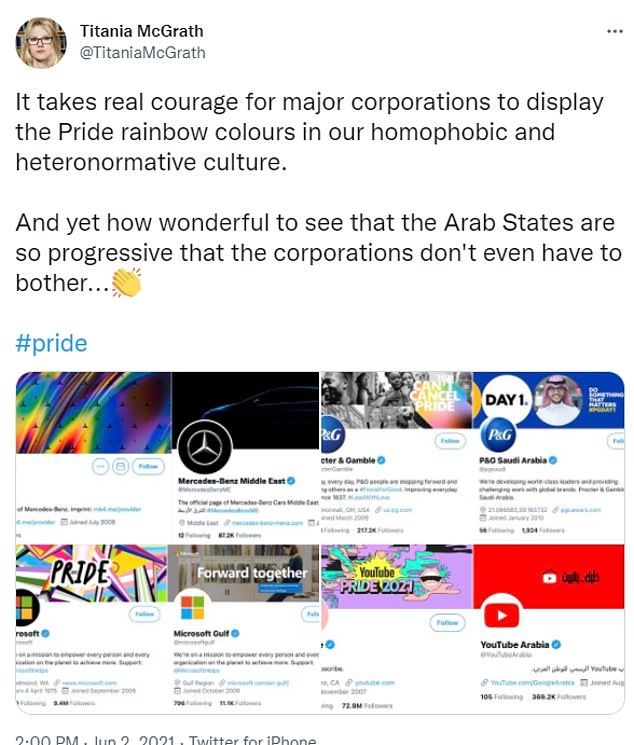 Last year, many large firms with regional social medial accounts did not change their logo for Pride Month in accounts dedicated to the Middle East

The concerns were first raised by Musk enthusiast and supporter Steven Mark Ryan on Monday, after he created a poll asking Twitter users whether they could see Musk’s older tweets and replies after a short scroll.

‘Hey @elonmusk, twitter is FKING you,’ Ryan tweeted. ‘Dear everyone, SCROLL down on @elonmusk’s tweets & replies and tell me….. DO THEY STOP LOADING????’

As of Tuesday at noon eastern time, nearly 8,500 people have participated in the survey, with 80percent of that group claiming they have experienced the same issue.

Ryan went on to add that Twitter was neglecting its followers and violating their expectations of transparency, leaving them with ‘no recourse.’

Musk gave a nod to the claims brought up by Ryan by commenting ‘very strange indeed!’ on the thread.

‘Maybe if they do the opposite, Twitter will be a much better experience – just an idea,’ Musk added.

DailyMail.com confirmed that Musk’s tweets older than 11 hours briefly stopped loading for some users, but the glitch went away on its own after repeatedly refreshing the page for around 30 minutes.

Other users did not experienced any problems at the time this article was published. DailyMail.com has reached out to Twitter for comment. 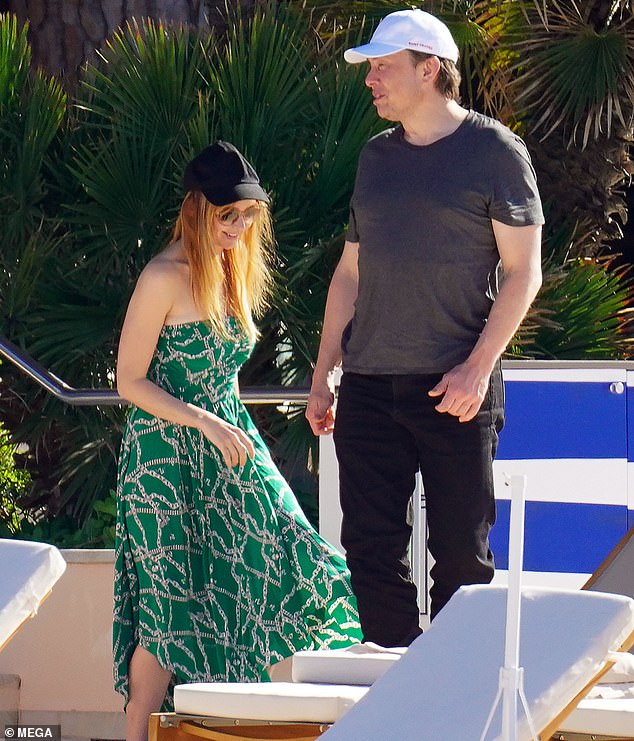 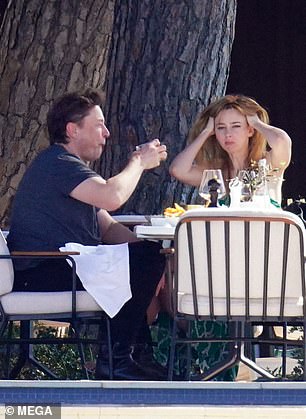 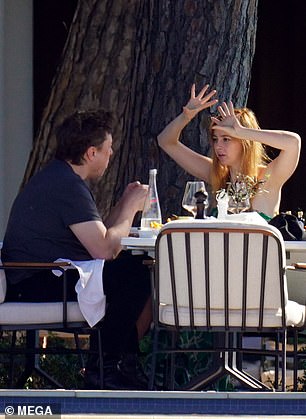 The pair chatted, drank wine and ate fries as they caught up in between events in the busy Riviera hotspot

Musk has been complaining about fake accounts or bots on the Twitter platform and said that this has complicated his bid to purchase the company for $44billion.

Musk claimed he wanted to pause the deal to verify that false or spam accounts represented fewer than 5 percent of the company’s 229 million users during the first quarter.

‘My offer was based on Twitter’s SEC filings being accurate. Yesterday, Twitter’s CEO publicly refused to show proof of <5%. This deal cannot move forward until he does,’ he said.

Musk has speculated that bots could make up at least half of Twitter’s users, more than 10 times the company’s official estimate.

The tweet caused Twitter’s stocks to nosedive since his deal was announced, as analysts speculated that Musk is trying to negotiate a lower purchase price or pull out of the agreement entirely.