Twitter chief executive Elon Musk has hinted he might lower the $20 per month blue tick verification fee during an exchange with horror writer Stephen King, where he offered him a discount.

But in a sign that the price might not be a done deal, Musk responded to a tweet from the writer complaining about the new charge.

‘$20 a month to keep my blue check? F*** that, they should pay me,’ wrote King, author of The Shinning who has 6.9million followers. ‘If that gets instituted, I’m gone like Enron.’

It wasn’t immediately clear whether the discount would apply only to King or to the wider Twitter user base as well, but the comments suggested the $20 figure was not exactly set in stone.

Musk went on to say that he will ‘explain the rationale in longer form’ before the charge is implemented, but added that it is ‘the only way to defeat the bots & trolls’.

When users replied to say King could more than afford the fee, he replied: ‘It ain’t the money, it’s the principle of the thing.’

The author, who has previously said he ‘admires Elon Musk’, hasn’t yet responded to the chief executive directly. But many of his fans rushed in to comment in his stead.

’44 Billion to buy the place and his new revenue stream is to push a tin cup at Stephen King,’ said one Twitter user.

‘He’s not leaving. They all threaten but they need this platform,’ said a third user.

Entrepreneur Jason Calacanis posted a poll on Monday asking people if they would pay $5, $10 or $15 a month, or nothing for verification. Around 81 per cent said they wouldn’t pay, as of the time of writing.

‘Interesting,’ said Musk in response to the poll.

Since Elon’s take over, the social media site has limited some content moderation tools. 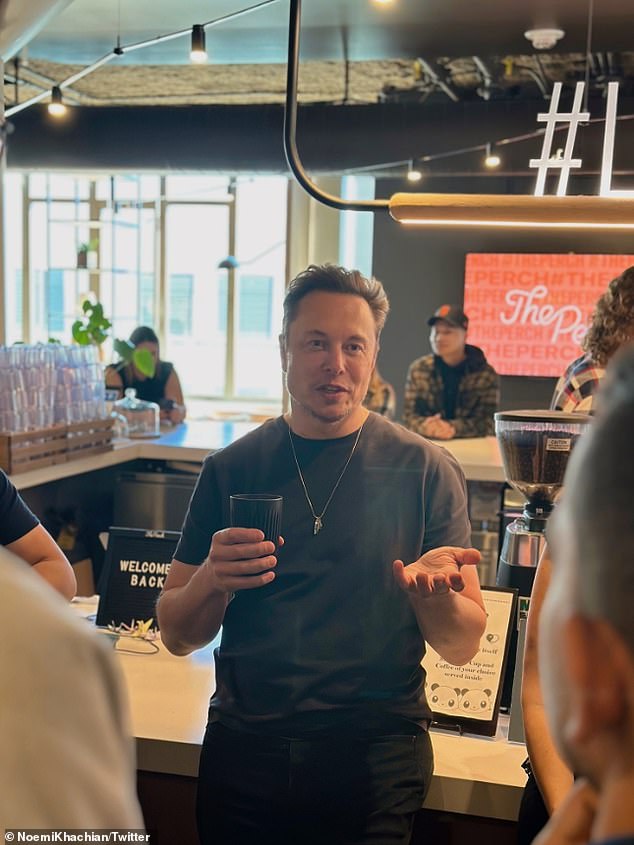 Elon Musk is pictured speaking with employees at Twitter HQ. The CEO  allegedly issued an ultimatum to the platform’s engineers, telling them to revamp the platform in two weeks 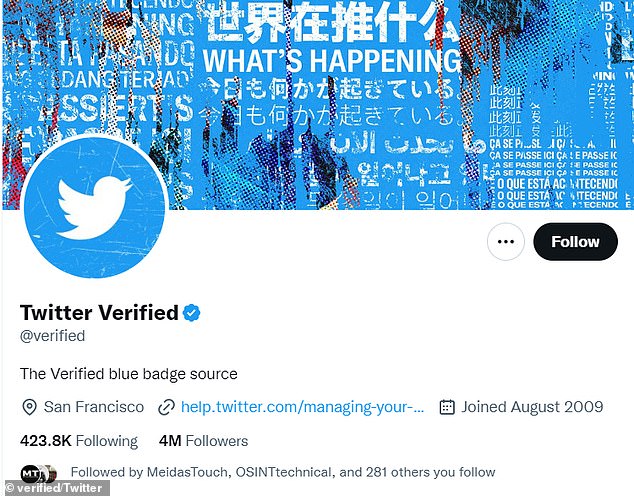 A blue tick badge allows other Twitter users to verify that other users are who they say they are. The feature has always been free since Twitter’s inception, but Musk is promising to shake up the company’s operations

A blue tick badge allows other Twitter users to verify that other users are who they say they are.

The feature has always been free since Twitter’s inception, but since Musk first promised to buy Twitter, the world’s wealthiest man has made it clear he planned to shake things up at the social media giant.

The price will cover unspecified features which have not yet been revealed.

The exchange comes after the new Twitter boss allegedly issued an ultimatum to the platform’s engineers, telling them to revamp Twitter’s verification system in less than a fortnight or face the sack.

Employees were only told of the project on October 30, and have until November 7 to deliver.

Days after Elon Musk took over Twitter and just before the midterms in America, the social media site has limited some content moderation tools.

The change is the latest implemented by Musk and comes after he made significant staff cuts and fired the Twitter board, making himself the sole member.

Those working in Twitter’s Trust and Safety organization are currently unable to alter or punish accounts breaking the platform’s rules on misleading information, offensive posts and hate speech.

According to insiders on the matter, they can only penalize people making posts that violate Twitter rules to the extent of real-world harm, according to Bloomberg. 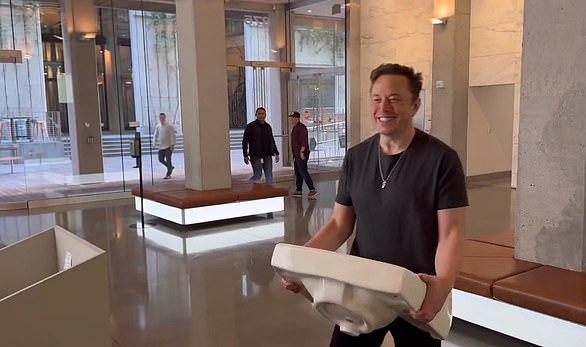 The change is the latest implemented by Musk, pictured at Twitter HQ, and comes after he made significant staff cuts and fired the Twitter board, making himself the sole member

But the tools have been out of use since last week, according to insiders.

It is alleged that this restriction has been put in place as Twitter transitions to Musk ownership in a bid to stop changes to the app being asked for by employees.

Sources at the company who asked to remain anonymous revealed that the high level of access to the tools given to employees has dropped from in the hundreds to just 15.