Elon Musk quietly had twins with one of his top executives weeks before he welcomed a child with Grimes via surrogate, court documents have revealed. In November, the Tesla CEO, 51, reportedly had twins with Shivon Zilis (pictured), 36, the director of operations at Musk’s brain-machine interface company Neuralink, Insider reported. He now has nine known children. Musk and Zilis filed a petition in April to change the twins’ names in order to ‘have their father’s last name and contain their mother’s last name as part of their middle name,’ according to the court documents. The twins were born in November, just weeks before Musk and Claire Boucher, the musician who performs as Grimes, had their second child via surrogate in December. 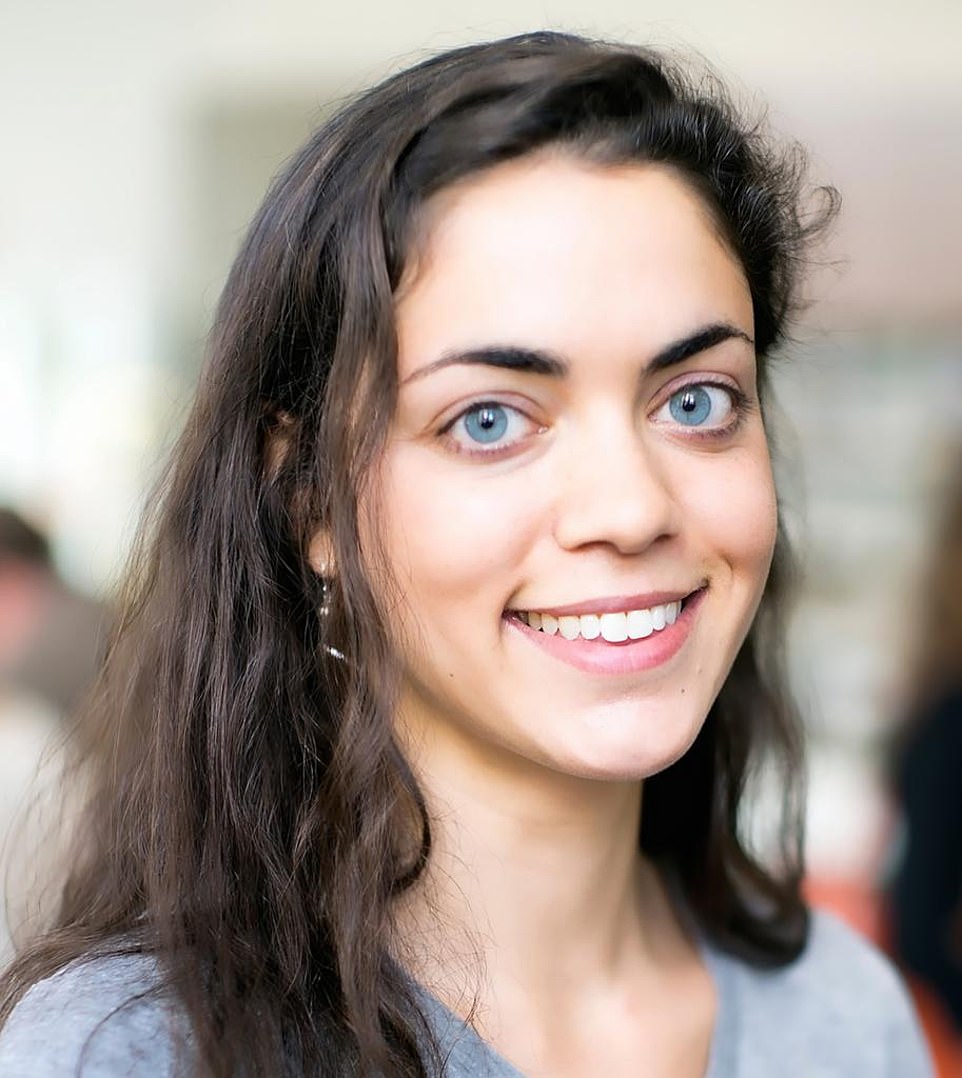 Zilis, who was born in Ontario, Canada, met Musk through OpenAI, the artificial-intelligence research-and-deployment nonprofit Musk cofounded in 2015, Insider reported. She studied economics and philosophy at Yale where she also played goalie on the women’s ice-hockey team. In 2015, Zilis was on Forbes’ 30 Under 30 list in the venture-capital category and in 2017, got the chance to use her AI expertise at Tesla.

Just last year, Zilis posted a nod to Prince Harry’s Silicon Valley startup with a throwback picture of the two of them from 2013 when she was asked to brief him on tech startups. ‘In 2013 I was asked to brief Prince Harry about tech startups,’ she tweeted. ‘Here I’m telling him how the Basis watch on my wrist came into existence through a crowdfunding campaign. At the time I wondered why he was interested in tech startups. 8 years later we finally know the answer!’ Zilis is currently the director of operations and special projects for Neuralink and has been floated as one of the people Musk could tap to run Twitter Inc after his $44 billion deal acquisition.

In 2020, Zilis posted a tweet defending Musk on his decision to move Tesla out of California over COVID-19 restrictions after California State Assembly member, Lorena Gonzalez Fletcher, had tweeted something negative about Musk. Zilis responded: ‘This makes me sad. No one’s perfect but I’ve never met anyone who goes through more personal pain to fight for an inspiring future for humanity – and has done so tirelessly for decades. Everyone’s entitled to their opinion but mine is that there’s no one I respect and admire more. 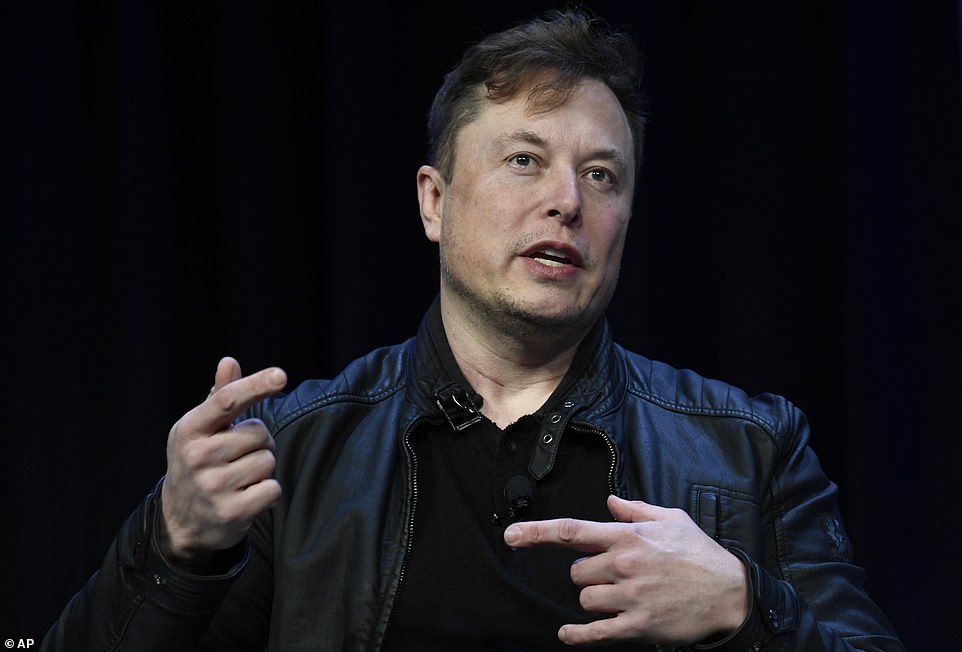 The news of the twins’ arrival brings Musk’s total count of children to nine. Musk shares two children with Canadian singer Grimes, and other five kids with his ex-wife Canadian author Justine Wilson. It’s the latest in Musk’s complicated personal life that includes three marriages and three divorces, including two of each with the same woman, and seven children from two long-term romances. 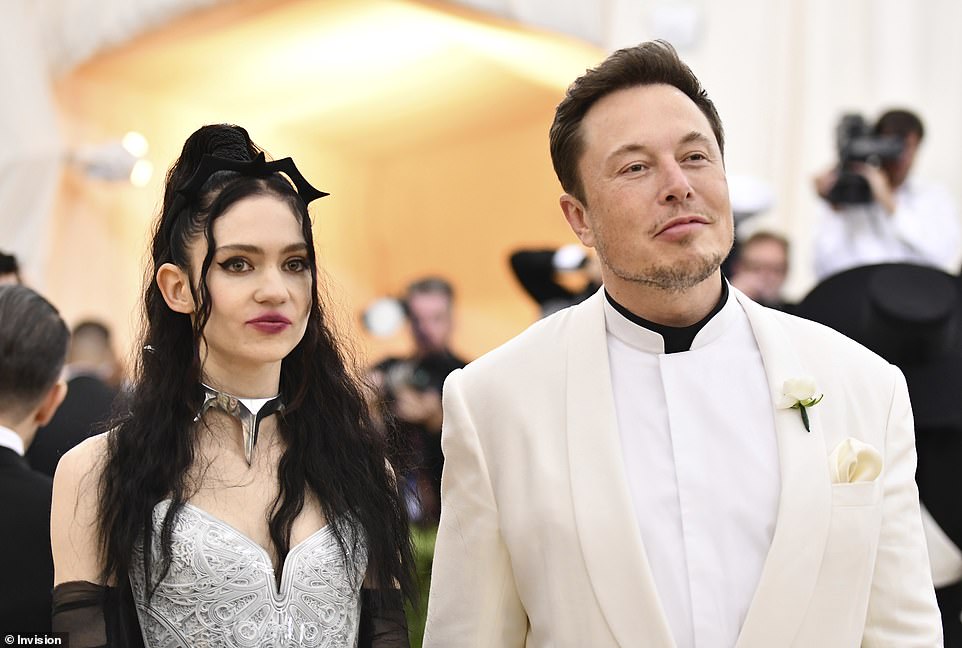 Musk and Grimes (pictured in May 2018) welcomed their second child Exa Dark Sideræl, who goes by Y, via surrogate in December. The billionaire said that he and Grimes were ‘semi-separated,’ according to a report by Page Six in September last year. They have another child named X Æ A-Xii. 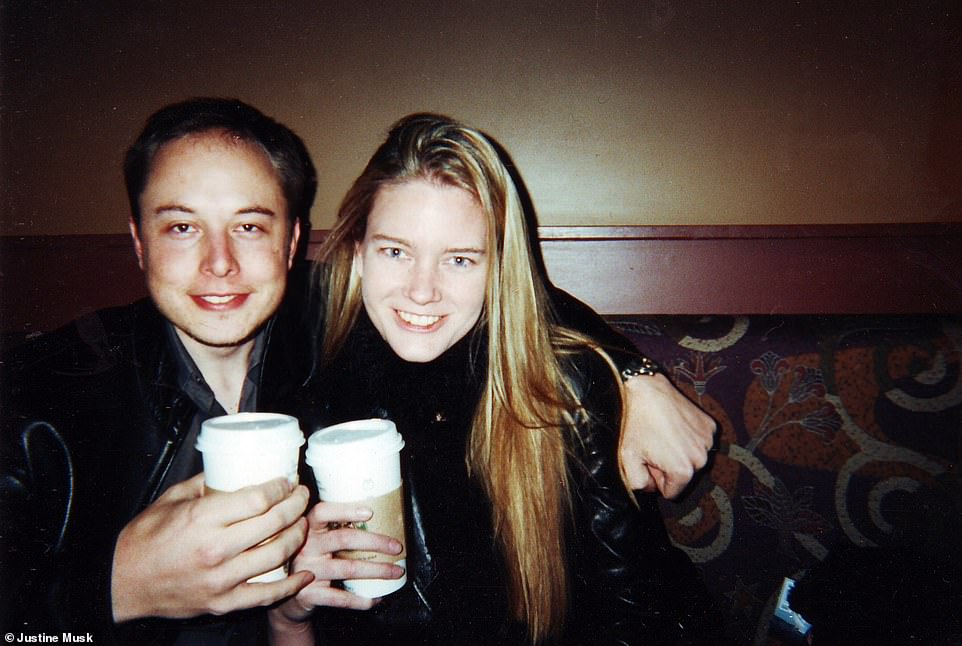 In April, one of Musk’s children with first wife Justine Wilson (pictured) filed court documents seeking to legally change from male to female and lose their last name, stating: ‘I no longer live with or wish to be related to my biological father in any way, shape or form.’ Xavier Musk, 18, filed the paperwork in Santa Monica, California, on April 18, seeking to be known as Vivian Jenna Wilson, taking the maiden name of her mother Justine Wilson, who was married to Musk from 2000 to 2008 and shares 18-year-old twins Xavier and Griffin and 16-year-old triplets Damian, Kai and Saxon. 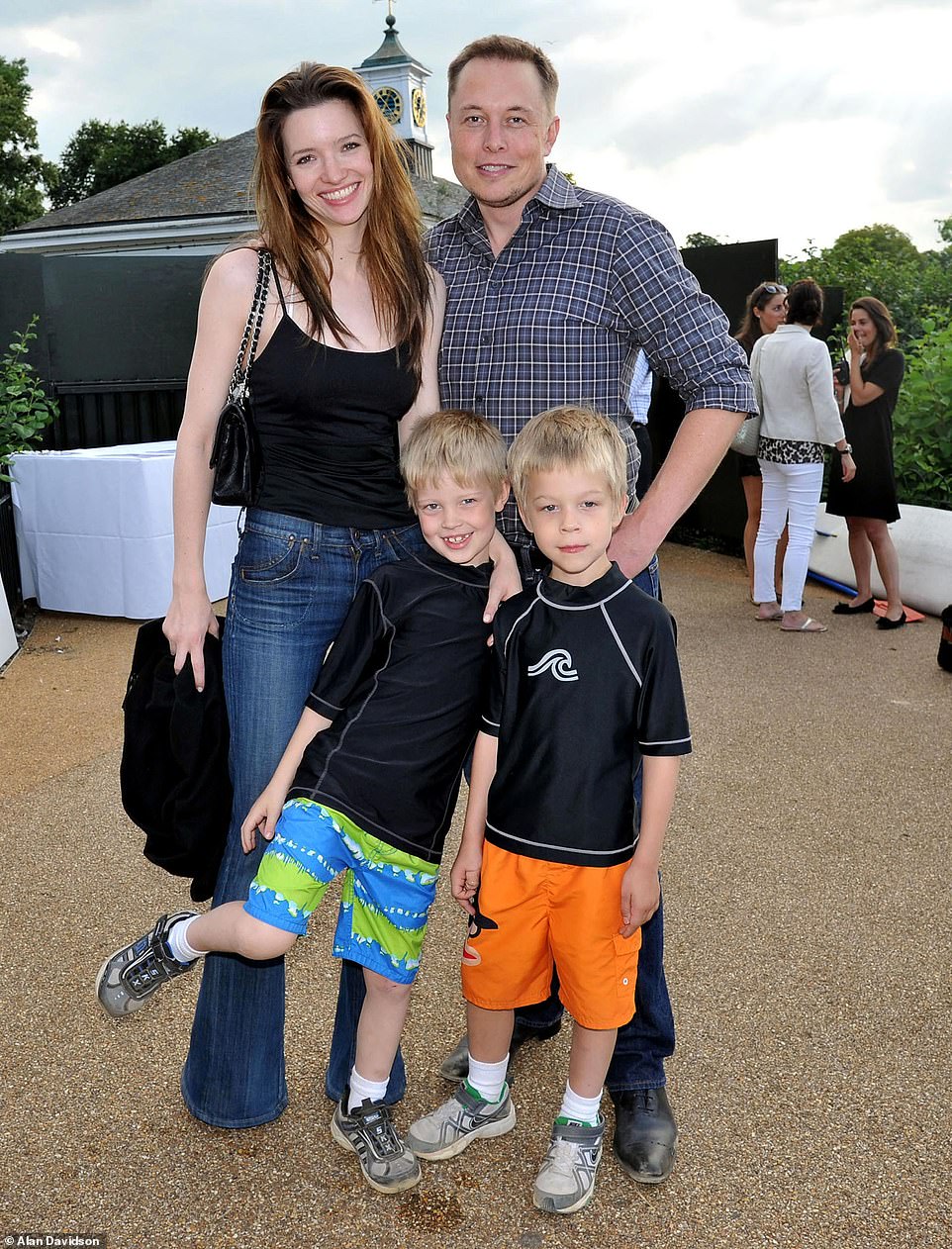 The transgender teenager explained that they wish to take their mother’s last name to distance them from their dad but they have not commented on whether they receive financial support from their dad – whose $213 billion dollar fortune makes him the world’s richest man. Musk has been vocal on various transgender issues and last year he complained about people using their own pronouns. He also said he was a fan of Florida governor Ron DeSantis who has been condemned by the LGBTQ community for his bill preventing discussion of gender identity and homosexuality in classrooms for children in kindergarten through third grade. Pictured: Musk with Griffin (front left) and then-Xavier (front right) as well as then wife Tallulah Riley. 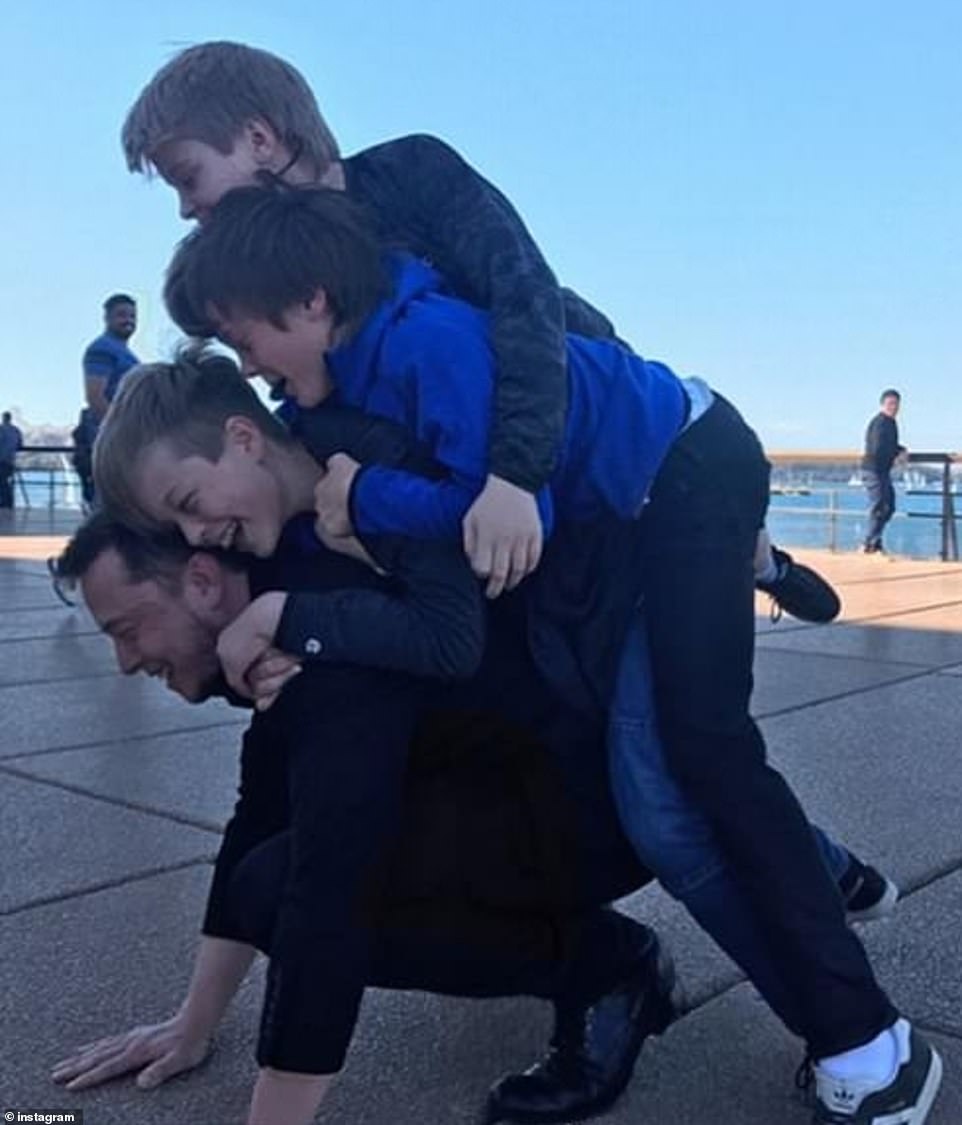 Elon and Justine Wilson, now 50, met while they were both attending Queen’s University in Ontario, Canada, and they tied the knot in 2000. The pair share five children but lost their firstborn, Nevada, in 2002 at just ten weeks old to Sudden Infant Death Syndrome (SIDS). He is pictured with his triplets, who were born in 2006 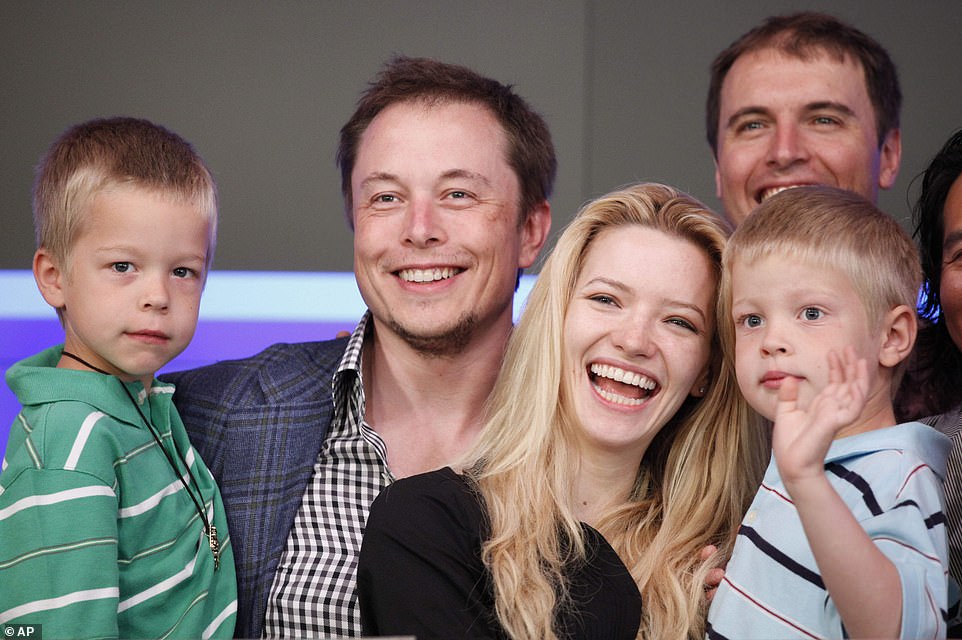 Following his split from Justine, Elon began dating British star Talulah Riley (pictured), who is most known for her roles in Pride & Prejudice, St. Trinian’s, Fritton’s Gold, The Boat That Rocked, Inception, Westworld, and Bloodshot. Talulah first tied the knot with the Tesla architect in 2010. However, their first marriage ended in 2012, when she reportedly walked away with $16 million as part of a divorce settlement. 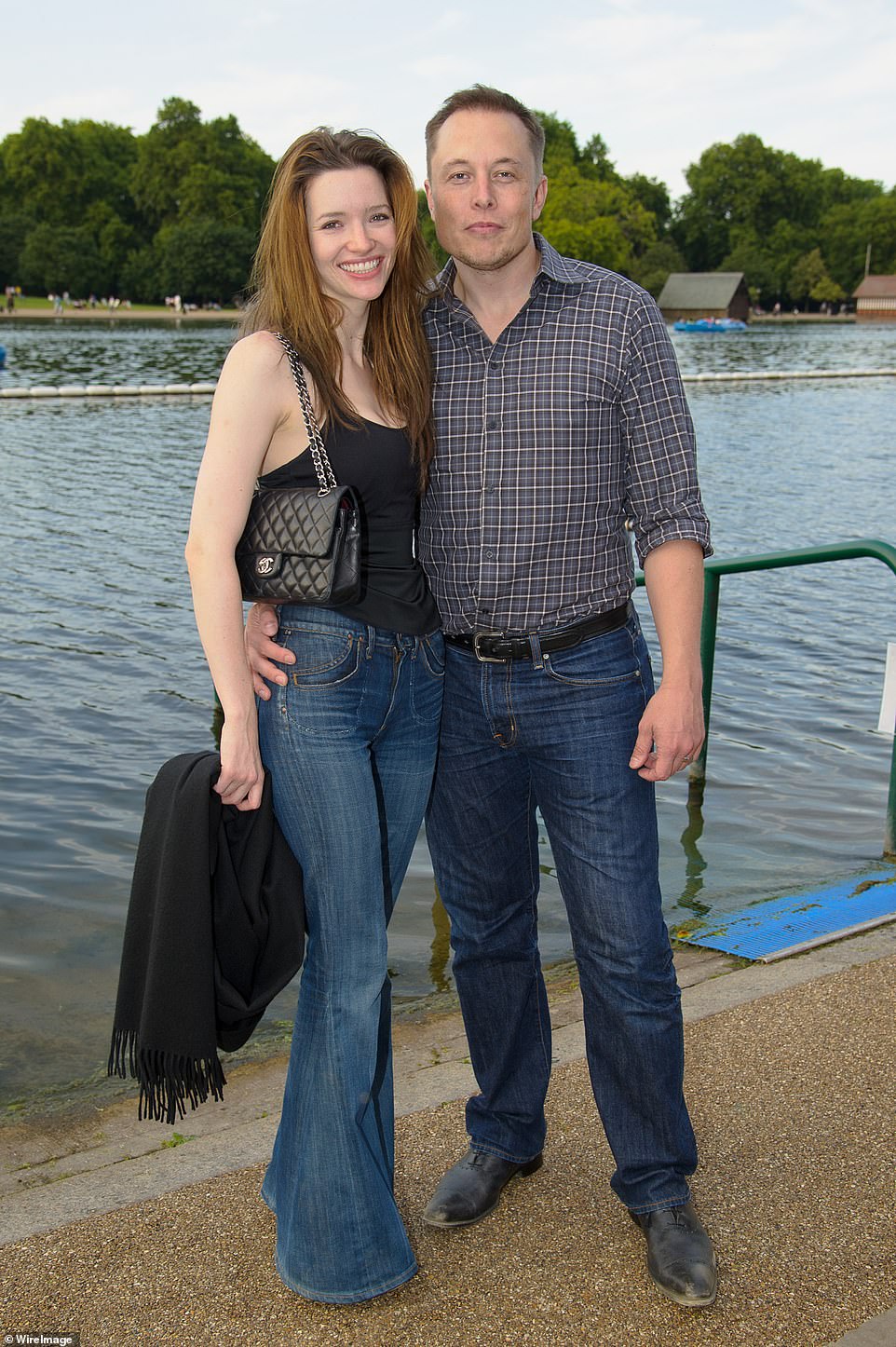 By the following summer, they had remarried. But then, in December 2014, she filed for divorce a second time, only to withdraw her lawsuit the following year. In March 2016, Talulah requested a divorce a third time, and the pair split for good; the couple did not have any children together. 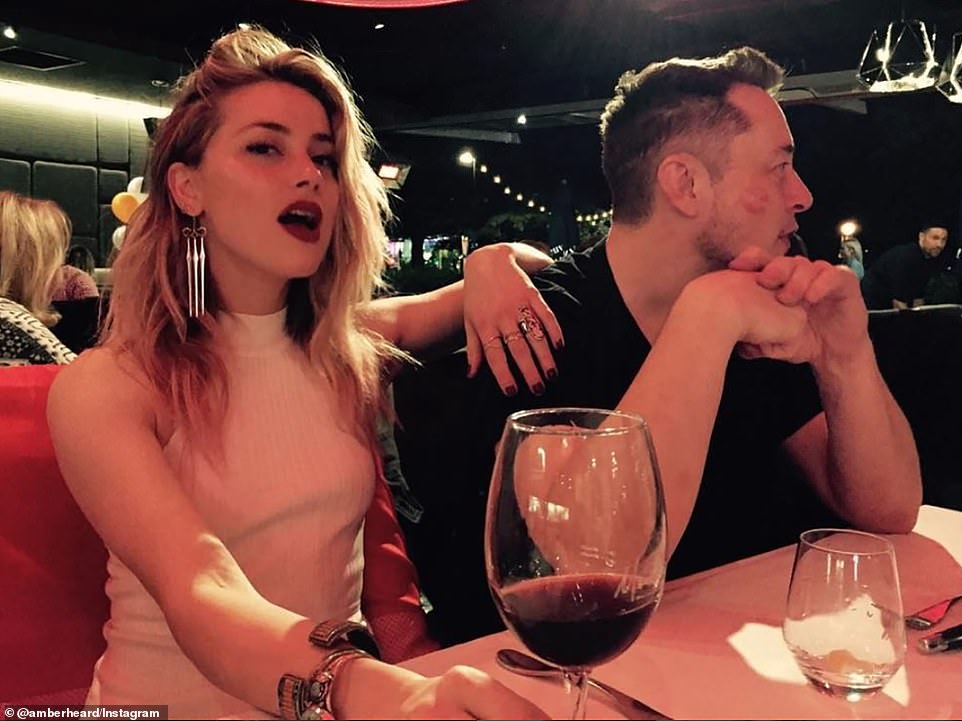 Elon then dated actress Amber Heard, 35, for several months in late 2016 and early 2017, after he reportedly pursued her for many years. Amber’s ex-husband Johnny later accused Amber of cheating on him with Elon while they were still married, but both of Elon and Amber denied the affair. They split in the summer of 2017, and afterwards, he told Rolling Stone in November 2017 that he was ‘really in love’ with Amber and that their breakup ‘hurt bad.’ 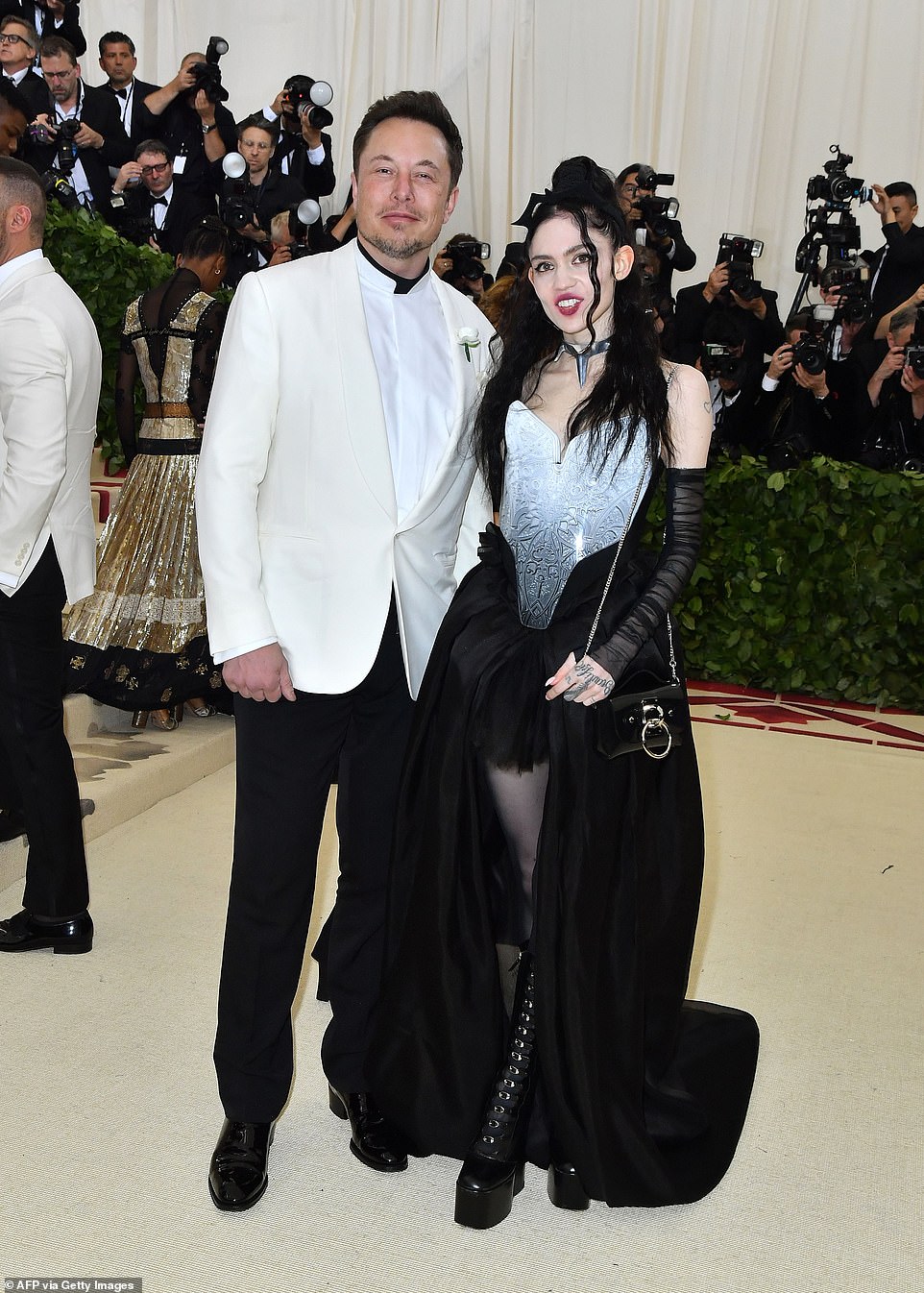 Elon and Grimes began dating in April 2018, a month before they made their red carpet debut at the Met Gala (pictured). A source told Page Six at the time that they met online ‘through a joke about artificial intelligence that Musk had planned to tweet, but discovered Grimes had already made.’ Rumors started to swirl that they had split by that fall, after the pair unfollowed each other on Twitter, however, Grimes insisted that they were still together during a March 2019 interview with Wall Street Journal. 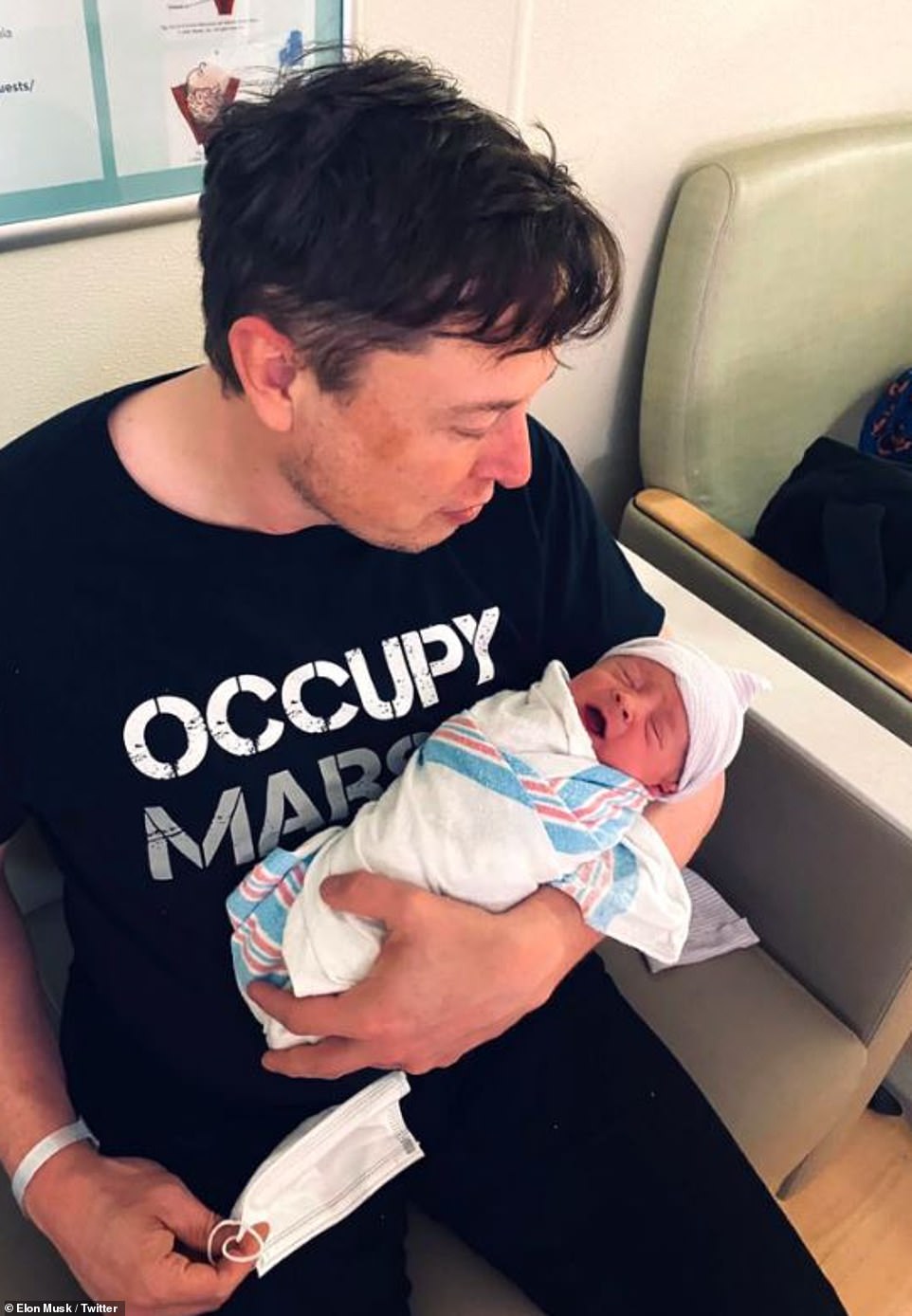 Then, in January 2020, she announced that she was pregnant with their first child via Instagram, when she shared a pic of her baby bump, with no caption. They then welcomed their son (pictured) in May of the same year. After his birth, the couple was forced to change the spelling of their son’s name in order to comply with California law, which prohibits the use of any numbers of symbols in a name. Instead of X Æ A-12, they revealed just a few weeks after the baby was born that his birth certificate would be registered under the name X AE A-Xii – using the Roman numeral version of the number ’12’ and changing the character æ to AE. They welcomed their second child Exa Dark Sideræl, who goes by Y, in December.