Elon Musk has bitten back at Australian tech billionaire Scott Farquhar after he told the Tesla magnate his demands for staff to return to the office was like ‘something out of the 1950s’.

Mr Musk on Tuesday emailed his staff to say everyone must work in the office for a ‘minimum of 40 hours per week or depart Tesla’ in an email which was then leaked to the public.

The charged-up Tesla tycoon then doubled down on his threat, sending out a second email in which he wrote ‘if you don’t show up, we will assume you have resigned’. 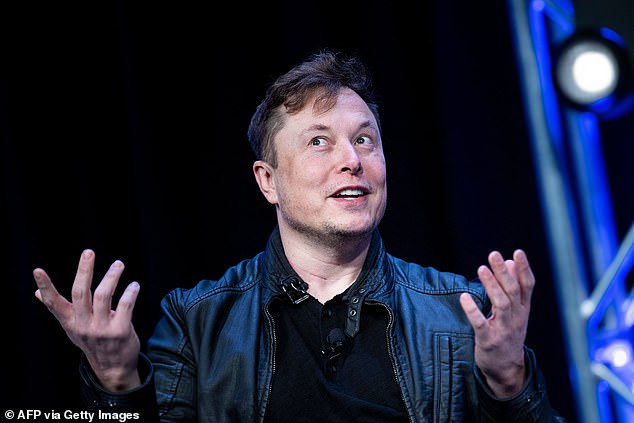 An unamused Elon Musk (pictured) hit back at the Atlassian co-founder, threatening the recession would ‘cleanse’ the economy, implying Atlassian would be caught in such an event

‘News from (Elon Musk) & (Tesla) today feels like something out of the 1950s: ”Everyone at Tesla is required to spend a minimum of 40 hours in the office per week”. Very different approach to what we are taking at Atlassian and here’s why,’ he tweeted.

The Aussie mogul then took the opportunity to boast of his company’s evolving remote working possibilities.

He said Atlassian takes its staff from all over the world, before leveling a tongue-in-cheek jab at Mr Musk’s EV company.

‘We’re setting our sights on growing Atlassian to 25K employees by FY26. Any Tesla employees interested?’ he said.

The Tesla CEO fired back in the thread, writing: ‘The above set of tweets illustrate (sic) why recessions serve a vital economic cleansing function.’

In the past Mr Musk has vehemently supported draconian work requirements and criticised Americans’ work ethic, speaking affectionately of Chinese workers instead.

‘They (Chinese workers) won’t even leave the factory type of thing, whereas, in America, people are trying to avoid going to work at all,’ Musk told the Financial Times.

Commenters on the thread also criticised the outspoken tech boss.

‘Results-oriented as opposed to time-oriented. Makes too much sense. More time & more restrictions does not and has not ever equalled (sic) more/better results,’ one user weighed in with.

‘You realised to get value out of good hiring/ smart/capable/competent people is to trust them. The rest comes naturally. (Elon Musk) is hardworking and thinks by forcing talents to work more, he can extract more value which proven to be wrong with modern employees. It won’t last!’ said a critic.

‘Minimum of 40 hours???? No one should work more than 38. Don’t you guys have unions in the states? Work/life balance? So glad I’m in Australia 38 hour week, 4 weeks paid holiday, 2 week sick leave, 3 months paid parental leave,’ wrote an Aussie worker.

Others leapt to the defence of the multi-billionaire.

‘If you find someone at Tesla who works 40 hrs, your (sic) dreaming. Or SpaceX. But when your leader gets down in the weeds with you, and does 100hrs… It’s part of the mission,’ said another Musk follower.

Musk’s full second email reasserted his commitment to statements made in the previous message –  and seemed to take a shot at woke Silicon Valley companies for their remote policies in the process.

‘The office must be where your actual colleagues are located, not some remote pseudo office,’ it reads, reiterating assertions from the prior email, which stated staff would only be allowed to work from home if they worked 40 hours a week in-office.

Musk then declared: ‘If you don’t show up, we will assume you have resigned.’ 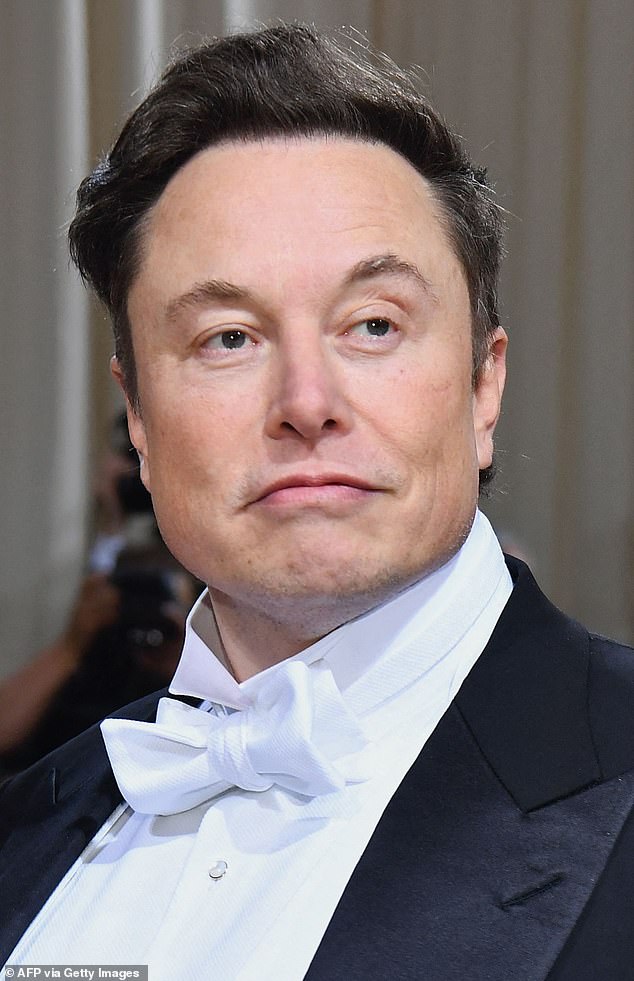 Outspoken CEO Elon Musk has now sent out a second email to Tesla staff, clarifying a previous assertion sent to execs saying they will be fired unless they return to the office full time

‘Everyone at Tesla is required to spend a minimum of 40 hours in the office per week,’ Musk wrote in a second email sent to staff hours after the first, which was leaked and widely shared

The email proceeds to clarify statements made by Musk – whom has been vocal of his opposition to remote work in the past – in the previous email, which was sent to the carmaker’s senior staff at 1:19 pm, screenshots show.

‘The more senior you are, the more visible must be your presence,’ Musk wrote.

‘That is why I lived in the factory so much – so that those on the line could see me working alongside them. If I had not done that, Tesla would long ago have gone bankrupt.

‘There are of course companies that don’t require this,’ the CEO wrote – adding, ‘But when was the last time they shipped a great new product? It’s been a while.’

‘Tesla has and will create and actually manufacture the most exciting and meaningful products of any company on Earth.’

Mr Musk added: ‘If there are particularly exceptional contributors for whom this is impossible, I will review and approve those exceptions directly.’

Responding to a question on Twitter from a follower about whether he has a comment to ‘people who think coming into work is an antiquated concept,’ Mr Musk sniped: ‘They should pretend to work somewhere else.’

The message was sent hours after this leaked email sent to workers with the miss-spelt subject line ‘remote work is no longer acceptable.’ Musk wrote that any executive staff who wish to work remotely must be in the office for a minimum of 40 hours per week ‘or depart Tesla’ 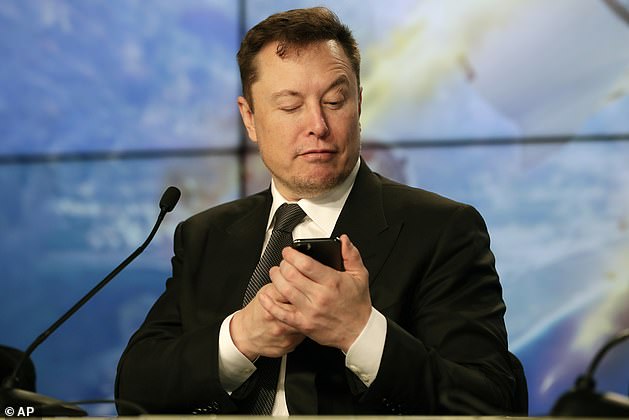 Elon Musk doubled down on his new, leaked work-from-home ultimatum sent to Tesla staff Tuesday in the new message, and seemed to take a shot at woke Silicon Valley companies such as Google and Apple for their lax remote-work policies in the process

In April, staff at Tesla’s Gigafactory were made to sleep at work when production resumed after a three-week shutdown.

Workers were given a sleeping bag and mattress and part of the factory floor to camp out on.

Responding to a question on Twitter from a follower about whether he has a comment to ‘people who think coming into work is an antiquated concept’, Musk wrote back: ‘They should pretend to work somewhere else’

Food of around $63 a day was provided to each employee but they were expected to work 12 hours a day, with one day off every six days.

Before the temporary measures were imposed, staff reportedly worked eight-hour shifts with four days on and two days off.

Before Shanghai’s lockdown on March 28, the Gigafactory produced 2,000 cars a day and made half of the vehicles the company delivered worldwide last year.

He said he asked his Twitter followers if he should transform the company’s Silicon Valley headquarters into a homeless shelters ‘since no one shows up anyway’.