Musk, 50, confirmed that he and the electronic pop singer whose real name is Claire Elise Boucher, 33, are ‘semi-separated’ but plan to co-parent their 1-year-old son, according to Page Six.

‘We are semi-separated but still love each other, see each other frequently and are on great terms,’ Musk said.

The A-list couple were spotted together a few weeks ago when they attended the Met Gala. Grimes walked the red carpet alone and met Musk inside.

After the gala, Musk hosted an exclusive afterparty with Grimes at club Zero Bond. 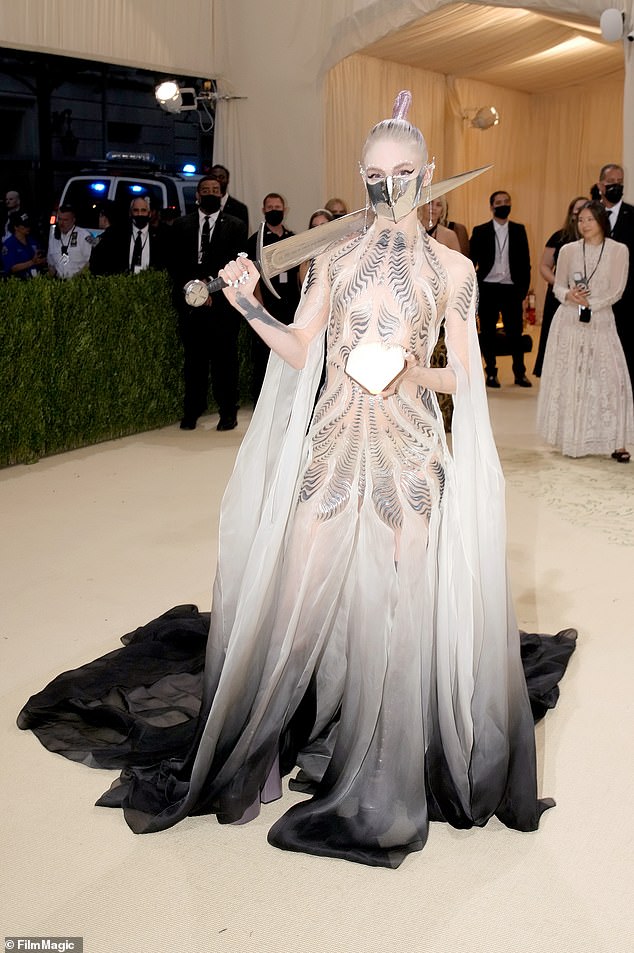 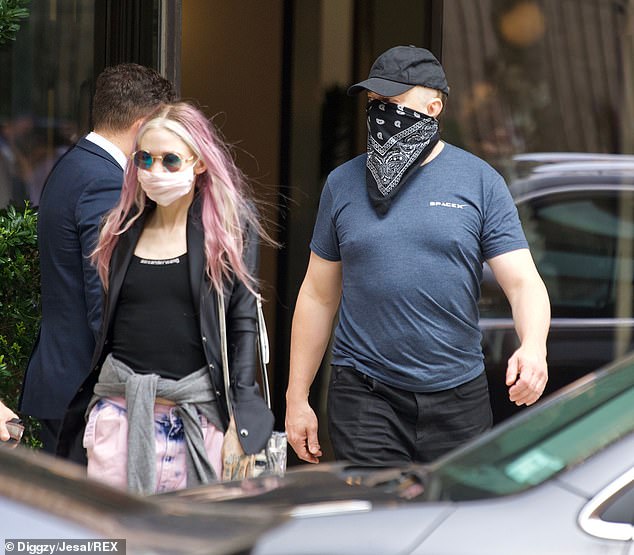 Musk and Grimes were first reported to be dating in May 2018, making their public debut at the 2018 Met Gala.

Musk shared that he first became interested in Grimes when he stumbled upon her 2015 music video for ‘Flesh Without Blood.’ The eccentric billionaire was Googling  Rococo Basilisk for a pun that he wanted to tweet when he found Grimes’ video where she dresses as a Rococo Basilisk.

‘When he saw Grimes had already joked about it, he reached out to her,’ a source later told Page Six. ‘Grimes said this was the first time in three years that anyone understood the joke. They were both poking fun at AI.’

The day of the 2018 Met Gala, Musk tweeted out their meet-cute inside joke.

In August, fans noticed that Musk and Grimes unfollowed each other on Instagram but were back to seeing each other on their feeds a few months later.

The couple welcomed their first child together in May 2020. Musk has fathered six other children.

The child was named X Æ A-Xii (name pronounced Ex Ash A Twelve), but has been nicknamed X. The 33-year-old singer recently revealed that her child never calls her ‘mom’ and inspired new creativity in her.

‘I think having a baby was a big rebirth for me artistically. Being a mother feels weird for me to say,’ Grimes began.

‘X says Claire, but he doesn’t say ‘mama’…like, maybe he can sense my distaste for the word ‘mother,” she added.

As Musk mentioned in his explanation of his split with Grimes, he recently relocated to Texas after nearly two decades in the Golden State. Musk confirmed his move to Texas in December 2020 following a feud with California lawmakers over government shutdowns amid the COVID-19 crisis.

In the summer of 2020, the Musk Foundation officially consolidated its headquarters in Austin – a city that also houses a Tesla assembly plant. However, Musk is also known to spend time in Boca Chica, on the southeast coast of the state, where there is a SpaceX facility.

Grimes is currently filming a new singing competition show for Fox, Alter Ego, to find the next digital pop star. She explains in a promo video that the show is solely based on the performers talent and not their appearance as the contestants use digital avatars of themselves to compete.

Two months after welcoming baby X, Musk admitted that Grimes held the majority of the parenting responsibilities saying that she ‘has a much bigger role than [him] right now.’ 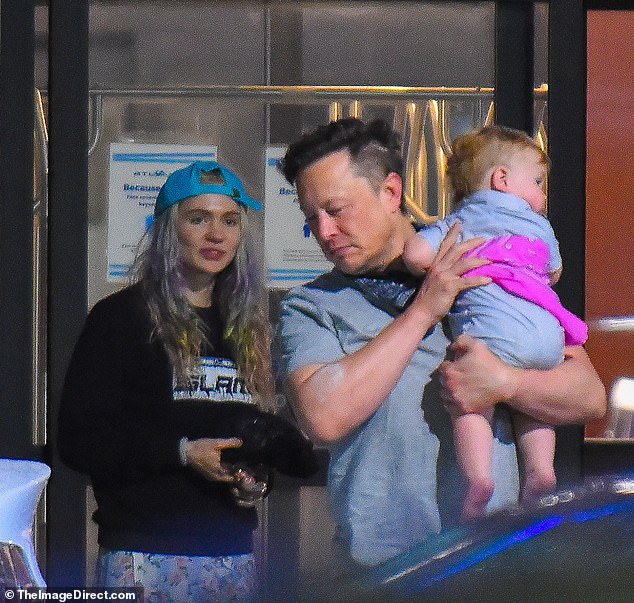 The couple welcomed their first child X Æ A-Xii (name pronounced Ex Ash A Twelve) in May 2020. Grimes recently shared that baby X calls her by her first name 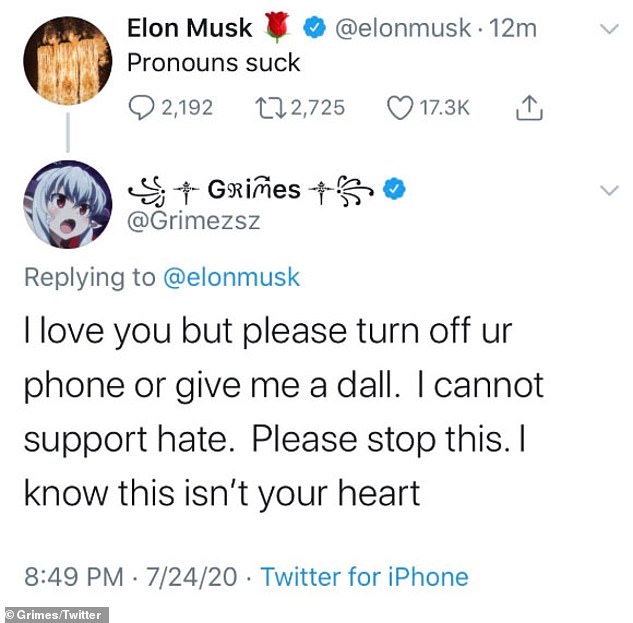 ‘Well, babies are just eating and pooping machines, you know? Right now there’s not much I can do,’ he told the New York Times. ‘When the kid gets older, there will be more of a role for me.’

Gushing about Grimes, Musk described her as ‘pretty special.’ He went on to say, ‘She’s one of the most unusual people I’ve ever met.’ When asked about their individually eccentric personas, Musk answered, ‘We’ve had this debate of ‘Are you more crazy than me or am I more crazy than you?’

His July 2020 interview came a day after Grimes posted and then deleted a tweet scolding her partner for a tweet about pronouns.

She responded: ‘I love you but please turn off ur phone or give me a dall [sic]. I cannot support hate. Please stop this. I know this isn’t in your heart.’

Musk has been married three times before; once to author Justine Wilson, with whom he has five sons: twins Griffin and Xavier, 17, and triplets Damian, Saxon and Kai, 15, and twice to ‘Westworld’ actress Talulah Riley.

They tragically lost their sixth child when the 10-week old died from SIDS.

Musk famously dated Amber Heard from 2017 to 2018 and was dragged into their salacious libel trial.