Food writer Ella Mills has revealed how she was terrified of having an opinion after becoming the ‘poster girl for clean eating’ when her blog Delicious Ella boomed in popularity.

The cookbook writer and heiress, 29, who lives in London, set up a food blog when she a student at University of St Andrews in 2012, which has since morphed into a wellness empire.

Speaking to the Sunday Telegraph, Ella said: ‘I wasn’t ready for how quickly Deliciously Ella grew. People look to you for the answers that you’re still figuring out yourself.

‘I was petrified, honestly, I really was. I found it really terrifying, and I was almost too scared to have an opinion, because you can’t make everyone happy.’

Ella Mills, 29, who lives in London, has revealed how she was left terrified of having an opinion after her food blog exploded in popularity and she became the poster girl for clean eating

Ella, who married Baroness Tessa Jowell’s son Matthew Mills in 2016, was widely associated with clean eating but claims it’s never been the way she described herself.

The mother-of-one, who is expecting her second child, also revealed she indulges in doughnuts but keeps a balanced diet by eating kale salads, while training to be a yoga teacher.

As well as the burgeoning empire, Ella is the great-granddaughter of Lord Sainsbury’s, and her mother Camilla is the heir to the supermarket fortune.

Her father is the former Labour MP and Northern Ireland secretary Shaun Woodward. 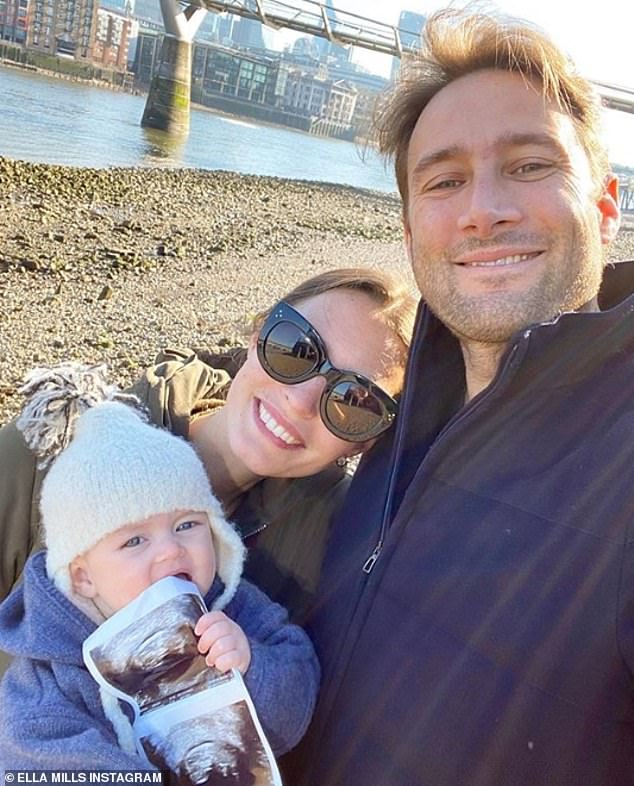 Ella, who married Tessa Jowell’s son Matthew Mills (pictured together)  in 2016, was widely associated with clean eating but claims it’s never the way she’s described herself that way. (She is pictured with her daughter Skye, who is holding a sonogram for the baby the couple are expecting)

Who is Ella Mills aka Deliciously Ella?

Ella was a self-confessed ‘sugar monster’, who was struck down with a rare illness that attacked her nervous system and left her bed-bound, and cured herself through healthy eating.

Ella, who is the eldest daughter of Camilla Sainsbury, the supermarket heiress, and Labour MP and former Cabinet minister Shaun Woodward, blames her former diet for a multitude of problems.

Her childhood was extraordinarily privileged but her diet, by her own account, was appalling and she blames it for her poor health.

In 2011 Ella was diagnosed with Postural Tachycardia Syndrome, or POTS.

The syndrome effectively breaks down your autonomic nervous system: the system that controls everything that is meant to happen automatically in the body – so your heart beat, digestion, circulation and immune system.

She was bed-ridden 95 per cent of the time and prescribed conventional medication and steroids for about six months but they didn’t make much difference so she decided to make a change herself.

Ella tracked her progress and shared all her favourite recipes via an online blog, Deliciously Ella.

Ella, who studied History of Art at the Duke and Duchess of Cambridge’s University, St. Andrews, was so inundated with recipe requests that she decided to launch an app and runs regular cookery classes and supper clubs.

While Ella starts the day with a green smoothie and follows with salad bowls, hearty soups, kale chips and homemade houmous, we don’t all have the time or taste for that.

The lifestyle guru advises: ‘I think just making one small change a day is amazing, just adding in one new serving of fruit or vegetables a day is fantastic, some sweet potato wedges or guacamole make an insanely delicious addition to any meal and they’re such an easy place to start.’

Like many in lockdown, Ella has been apart from her family, which means her mother hasn’t been able to see her one-year-old daughter Skye.

As well as dissociating herself with clean eating, Ella also revealed that she thinks the word wellness is ‘very charged’.

She explained she prefers to think of herself as a ‘well-being writer’ because  ‘it doesn’t have quite the same level of different nuances and connotations.’

Ella added she was spending lockdown by taking walks in Hyde Park with her daughter Syke while having early dinners. 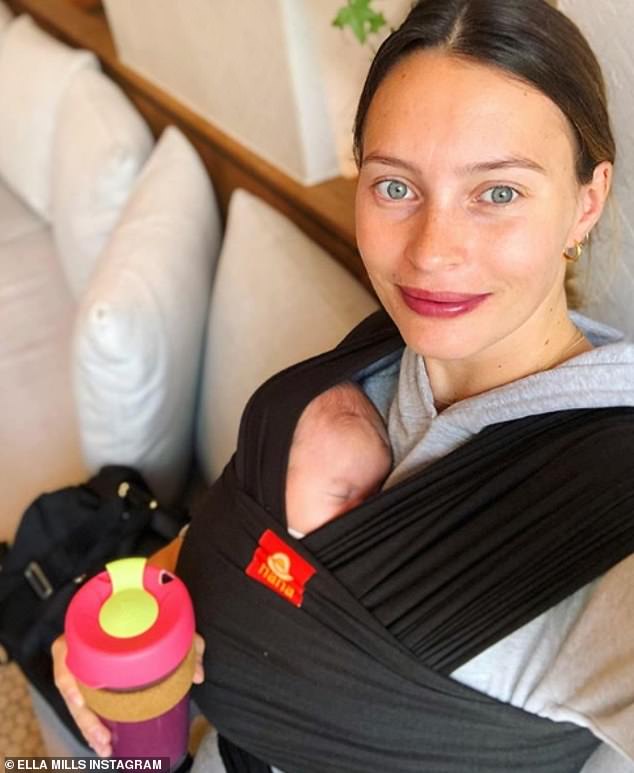 Like many in lockdown, Ella has been apart from her family, which means her mother hasn’t been able to see baby Skye. Ella and Skye are pictured together

The writer continued one of her ‘favourite things’ about the lockdown had been eating as a family.

Ella said that her first pregnancy made her conscious of listening to her own body and admitted she didn’t eat vegetables for the first 14 weeks because they would make her gag.

She opened a Mayfair delicatessen, also called Deliciously Ella, earlier this year, but had to close it blaming the coronavirus crisis.

‘We’re really sad to be temporarily closing our deli,’ Ella said in March, who declined to say if staff would still be paid. 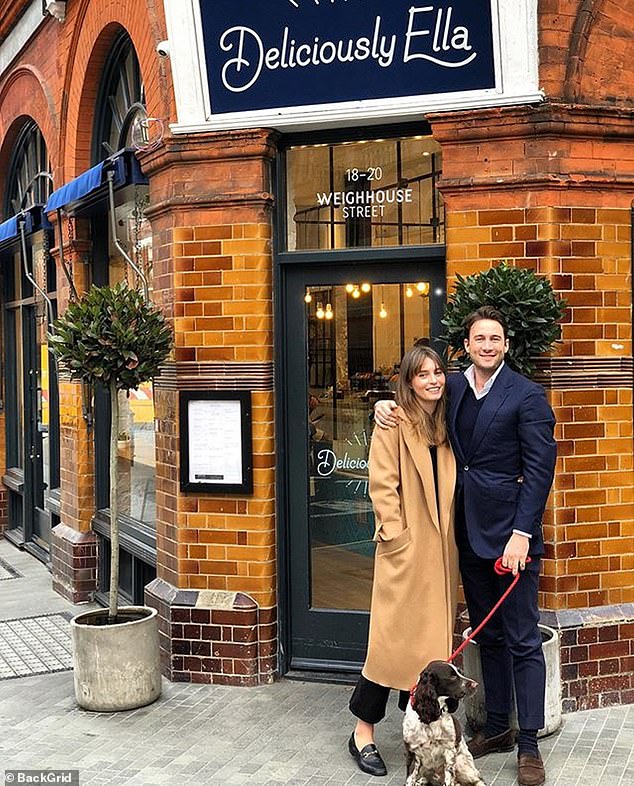 Ella opened a Mayfair delicatessen, also called Deliciously Ella, earlier this year, but had to close it blaming the coronavirus crisis

‘It’s been a very tough week, and making decisions like this is the worst part of running a business.’.

‘We’ve seen a substantial drop in trade in a very short period of time due to concerns about the coronavirus outbreak, and it’s impossible for us to keep operating in this climate’ she added.