Former Olympic swimmer Sharron Davies has spoken of her ‘pride’ for the sport after the international governing body FINA announced it will be banning transgender athletes from women’s races.

Elite swimming is the first sport to completely forbid transgender athletes from women’s swimming races if they went through male puberty, FINA announced on Sunday.

The international sports federation for swimming is setting up an ‘open category’ which will separate transgender athletes to compete in a class of their own.

Transgender swimmers like Lia Thomas, who currently competes in the women’s category at swim meets, has smashed women’s records and caused uproar with many arguing that she has an unfair physical advantage on her fellow competitors.

The decision was made during FINA’s extraordinary general congress on the sidelines of the world championships in Budapest after members heard a report from a transgender task force comprising leading medical, legal and sports figures.

British Olympian Sharron Davies MBE, who has advocated for equality and fairness in sport and has spoken out against transgender swimmers in women’s races, tweeted of FINA’s news.

She wrote: ‘I can’t tell you how proud I am of my sport @fina & @fina_president for doing the science, asking the athletes/coaches and standing up for fair sport for females.

‘Swimming will always welcome everyone no matter how you identify but fairness is the cornerstone of sport.’

Her tweet was in response to her own post from Friday, which read: ‘Once a male has gone through puberty there will always be a large retained performance advantage & bone structure.

‘Why are we asking females to accept competing with a known disadvantage before we even start? Females are not men with less testosterone. Compete with your sex.’

Davies lost out on gold in the 1980 Moscow Olympics to East German swimmer Petra Schneider, who was later pinged for doping with performance enhancing drugs, including testosterone.

Elite swimming is the first sport to ban transgender athletes from women’s races even if they went through male puberty, the international sports federation for swimming announced Sunday.  Lia Thomas, a transgender swimmer, is pictured

‘I do not want any athlete to be told they cannot compete at the highest level,’ Al-Musallam told a congress of his organisation today.

‘I will set up a working group to set up an open category at our meets.

‘We will be the first federation to do that.’

The new policy will require transgender competitors to have completed their transition by the age of 12 in order to be able to compete in women’s competitions.

Former Olympic swimmer Sharron Davies MBE, who has advocated for equality and fairness in sport and has spoken out against transgender swimmers in women’s races, tweeted of FINA’s news 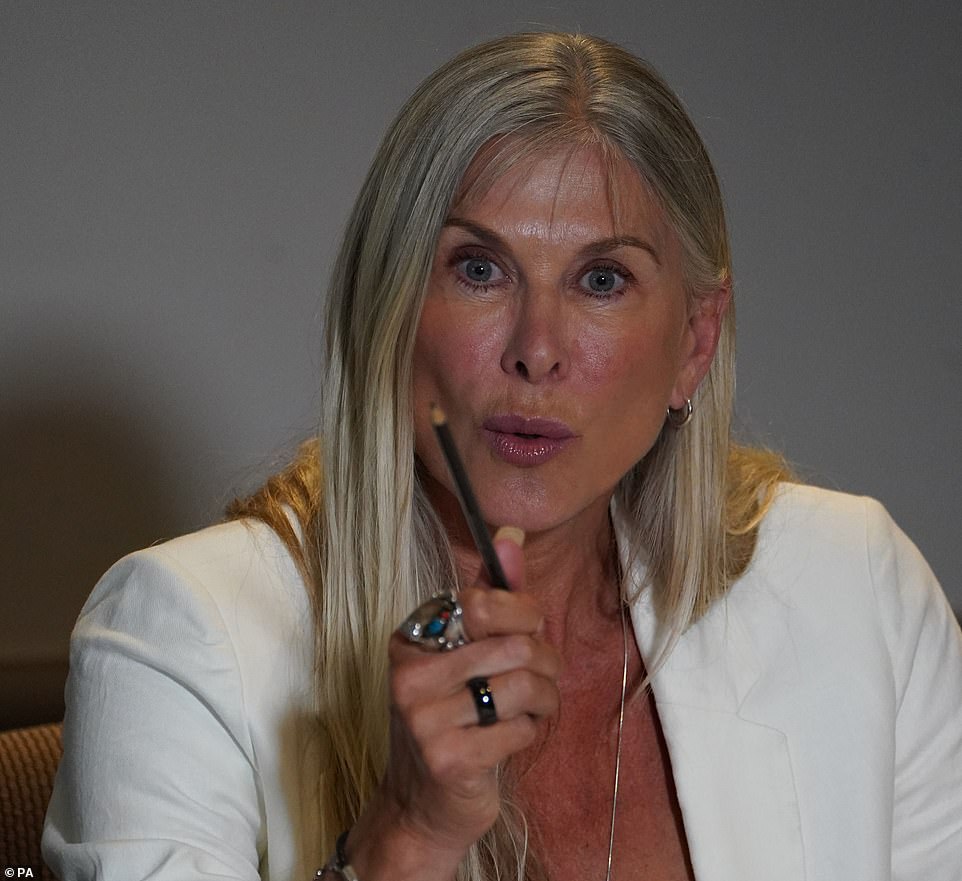 Davies (pictured in June 2022) lost out on gold in the 1980 Moscow Olympics to East German swimmer Petra Schneider, who was later pinged for doping with performance enhancing drugs, including testosterone

The policy was passed with a 71 per cent majority after it was put to the members of 152 national federations with voting rights who had gathered for the congress at the Puskas Arena.

Around 15 per cent voted no to the policy on eligibility in the men’s and women’s competition categories, while 13 per cent abstained.

Transgender rights has become a major talking point as sports seek to balance inclusivity while ensuring there is no unfair advantage.

The debate intensified after University of Pennsylvania swimmer Lia Thomas became the first transgender NCAA champion in Division I history after winning the women’s 500-yard freestyle earlier this year.

A wave of doctors suggested Lia Thomas – and other trans female athletes – will always have an unfair advantage in some sports because they cannot undo puberty, when their biological male bodies were flooded with testosterone.

Last month, Thomas said some ‘cisgender’ women, which is a term used to describe someone whose gender identity is the same as when they were born’, have more  testosterone, bigger hands and feet and are taller than their competitors – so why should she banned when they aren’t.

‘I don’t need anybody’s permission to be myself,’ she said.

She also said anyone who says she isn’t allowed to compete as a woman is transphobic, regardless of whether or not they support her right to transition.

‘You can’t go halfway and be like “I support trans people but only to a certain point.”

‘If you support transwomen and they’ve met all the NCAA requirements, I don’t know if you can say something like that.’

Lia Thomas has only competed in American college swim meets so far, with her last college event having been at the March 2022 NCAA (National Collegiate Athletic Association), which is the US college sports’ governing body.

But Thomas has since outlined her ambitions to compete in the Olympics. Speaking to ABC News in May, she said: ‘It’s been a goal of mine to swim at Olympic trials for a very long time, and I would love to see that through.’

Under FINA’s ban, Thomas would not be able to compete in the women’s races, instead taking part in the new ‘open category’ for swimmers whose gender identity is different than their birth sex. 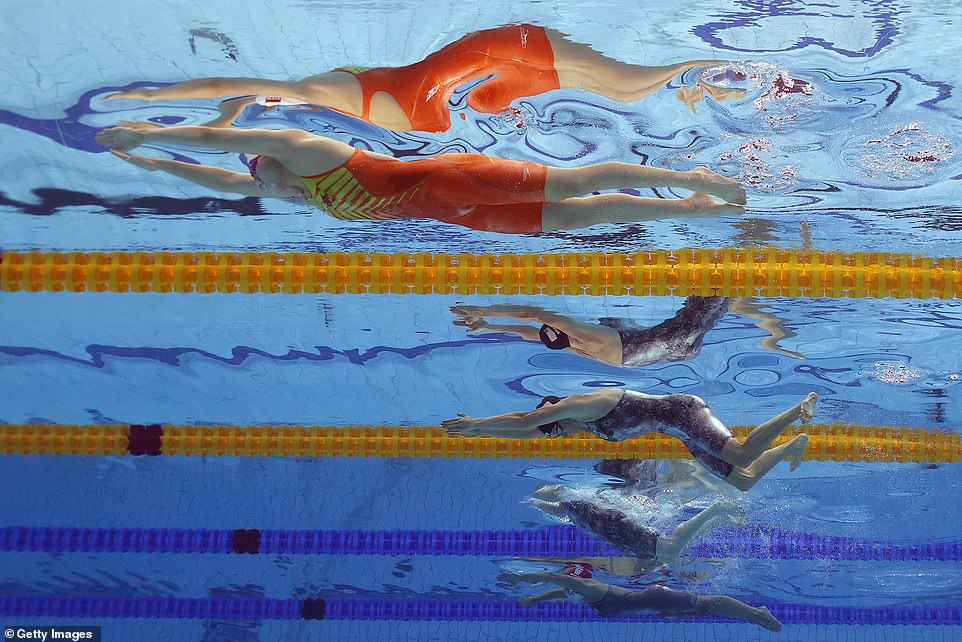 The decision was made during FINA’s extraordinary general congress on the sidelines of the world championships in Budapest after members heard a report from a transgender task force comprising leading medical, legal and sports figures. Swimmers pictured at the Women’s 100m Breaststroke Semi Final on Sunday at the Budapest 2022 FINA World Championships

‘Trans women are not a threat to women’s sport.’

In response to Sharron Davies’ tweet celebrating the news, many shared the same view. One wrote: ‘Finally someone in sport has some commons sense. Now other sports have to follow this example.’

Another said: ‘It should be in all amateur sports as well, not just elite sports,’ and one other similarly added: ‘Now for the other sporting governing bodies.’

Sports scientist Ross Tucker tweeted: ‘Thank you FINA for listening to women, your own swimmers and coaches, and to science in creating a policy that respects women’s sport.’