EXCLUSIVE: Elite Dutch cyclist ADMITS to assaulting two teenage girls who played ‘knock and run’ on his hotel door the night before a world championship race in Australia – as his punishment is revealed

A Dutch cycling star who sensationally withdrew from a world championship road race has pleaded guilty to assaulting two teenage girls, aged 13 and 14, at a Sydney hotel.

Mathieu van der Poel, 27, who has won a stage on the Tour de France and Giro d’Italia, was due in court on Tuesday but chose to enter guilty pleas on Monday before Magistrate Hugh Donnelly in Sutherland Local Court.

He has been ordered to pay $1500 in fines for two charges of common assault.

NSW Police alleged the athlete physically confronted the teenage girls at the Novotel in Brighton Le Sands on Saturday evening because they were playing a knock-and-run prank on his door while he was trying to get some sleep before the race.

Police alleged Van der Poel pushed the two girls, causing one to fall over and the other to hit a wall suffering a minor graze to her elbow. 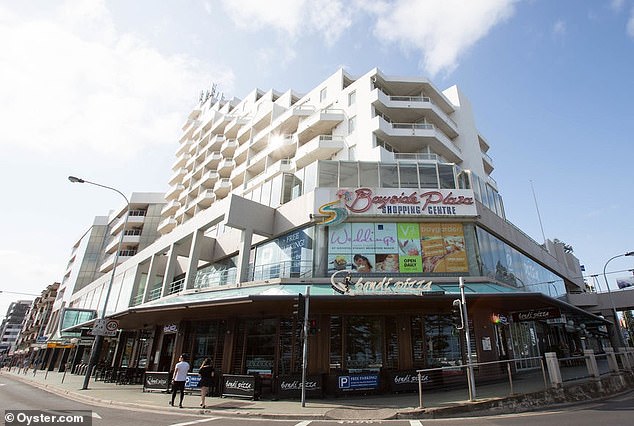 Van der Poel encountered the two young teenage girls who were playing ‘knock and run’ in the Brighton Le Sands Novotel (above) and then pushed them, causing one to fall over

He withdrew from a UCI Road World Championship race – a 266.9km race being held in Wollongong, south of Sydney – following his 4am release from police custody on the morning of the race.

Despite only sleeping for a few hours, Van der Poel stared the race, but retired from it at about 11am.

He was reportedly ‘shattered’ on Monday morning, according to his Team Alpecin-Deceuninck boss, Christoph Roodhooft.

‘He didn’t sleep all night and was mentally a bit broken as well,’ Roodhooft told reporters.

‘He was expecting a lot of this day (race) and did all he could in the last two months after his bad Tour de France.

‘He had found joy and happiness again in cycling and was hoping to have a nice race today.’

The cyclist told the Belgian website Sporza: ‘I went to bed early and many children in the hallway of my room found it necessary to knock on the door continuously.

‘After a few times I was done with it. I didn’t ask so nicely to stop. Then the police were called and I was taken.

‘I wasn’t back in my room until 4 o’clock. That’s certainly not ideal. It’s a disaster, but I can’t change anything anymore.’ 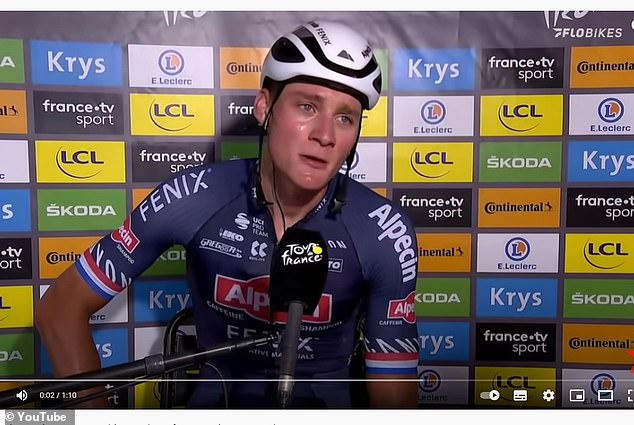 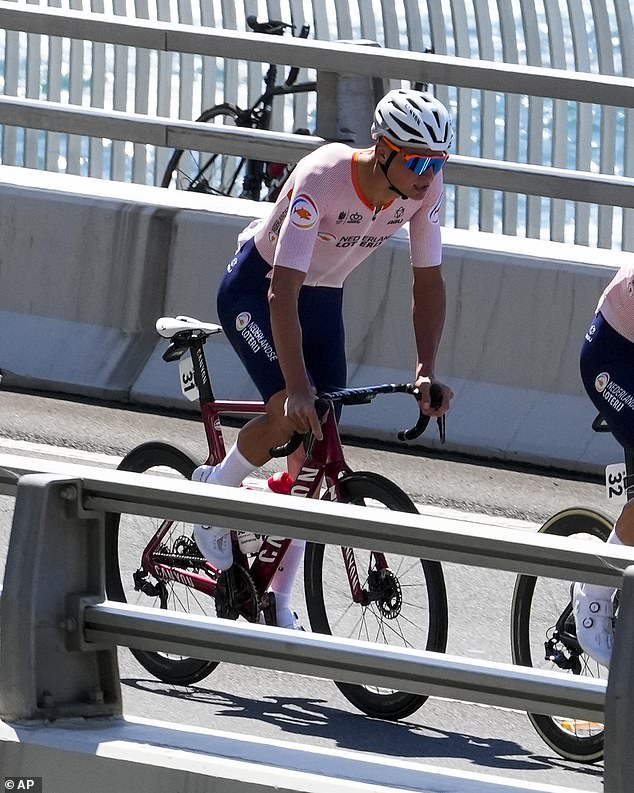 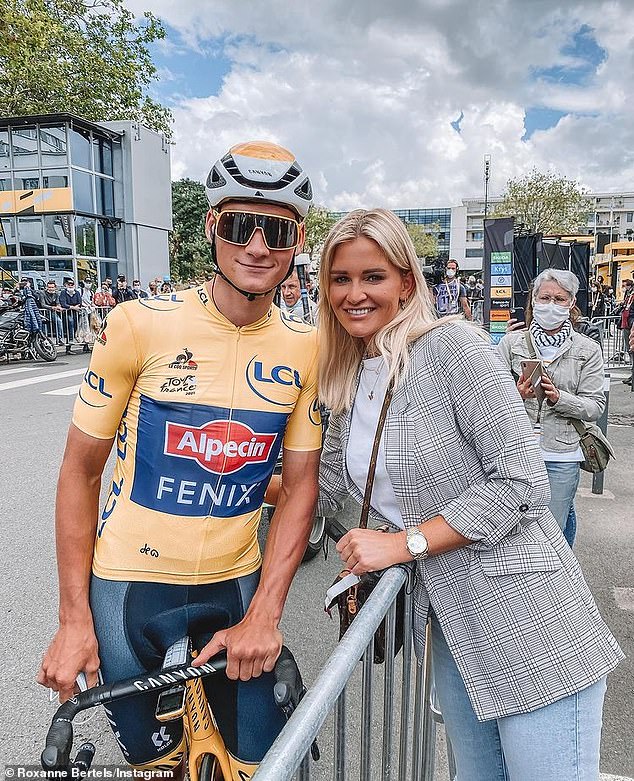