Sales of electric cars outstripped diesels for the first time last year – but the charging network needed to keep them on the road is failing to keep pace.

Industry figures showed battery-powered cars made up 16.6 per cent of new registrations in 2022 while diesels fell below 10 per cent. Petrol remained the most popular with 56 per cent.

The Society of Motor Manufacturers and Traders says just 23 charging points are being installed daily across the country – far short of the 100 a day target. 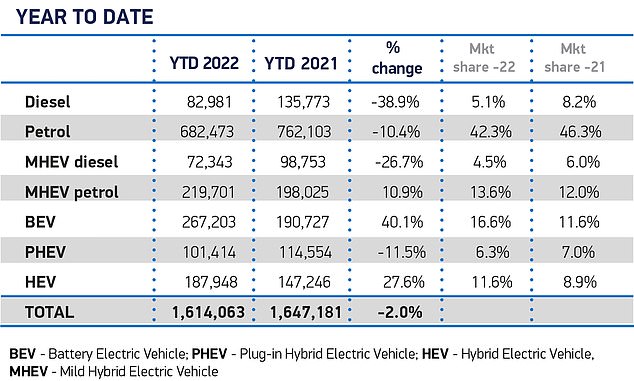 Electric overtakes diesel for the first time: Battery-powered cars made up 16.6% of new registrations in 2022 while diesels (both conventional and mild-hybrid) fell to just 9.6% market share

That was blamed on shortages of key components that have limited the number of cars being made.

The SMMT is forecasting a 15 per cent bounce in sales this year because of pent-up demand, shrugging off fears that the looming recession could dampen buyers’ appetites.

Ministers are encouraging a switch to electric cars in the fight against climate change and sales of new petrol and diesel-fuelled vehicles will be banned from 2030. 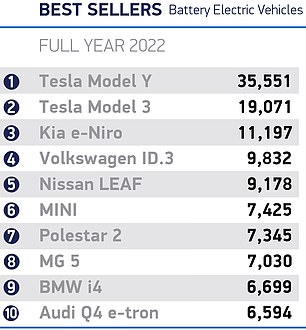 The SMMT said the lack of chargepoints for drivers during long journeys was putting buyers off electric cars.

Over the Christmas period there were reports of Tesla drivers having to wait in three-hour queues to recharge their vehicles.

SMMT chief executive Mike Hawes said: ‘The danger is the user experience gets worse before it gets better. The lion’s share of investment was going first into London and the South East.’ 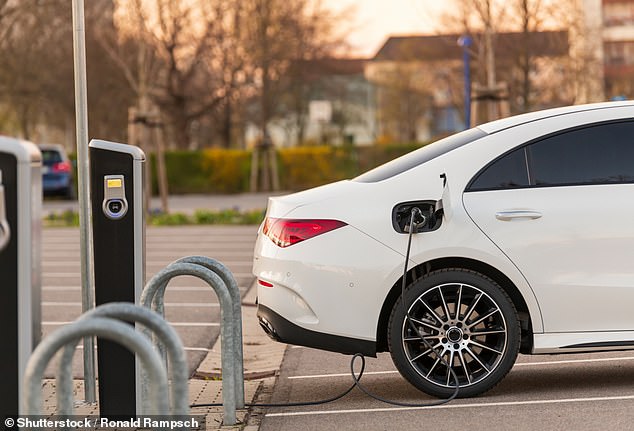 Electric vehicle (file photo). Ministers are encouraging a switch to electric cars in the fight against climate change and sales of new petrol and diesel-fuelled vehicles will be banned from 2030

Mr Hawes said Britain ‘should be in the vanguard’ of electric vehicles, but the market share for plug-in vehicles is behind Norway, Germany and the Netherlands.

He added: ‘Looking at the growth of electric vehicles, investment in infrastructure has to at least keep pace with us.

‘The demand is there so there needs to be a significant ratcheting up of that investment if you’re to get ahead of demand because at the moment it’s behind.’

The latest figures mark the first time diesels have fallen behind cars powered by batteries alone – although Mr Hawes said he thought there was still a market for them.

He said: ‘I still think there is demand for diesel.

‘If you’re doing long mileage, chances are you don’t want to stop and queue to recharge once, never mind twice, on a long journey.’