A couple in their 90s renewed their vows on their 71st wedding anniversary in an intimate care home service.

Today the couple reaffirmed their love for each other in an intimate service in the gardens of Kings Lodge care home, West Byfleet, Surrey, where Mr Cobbett lives.

Among the attendees was Mrs Cobbett’s sister, Sue North, who was a bridesmaid at their wedding.

It was a particularly happy occasion because the couple were forced to spend four months apart from each other last year when lockdown rules prevented Mrs Cobbett from visiting her husband. Now they are able to see each other once a week. 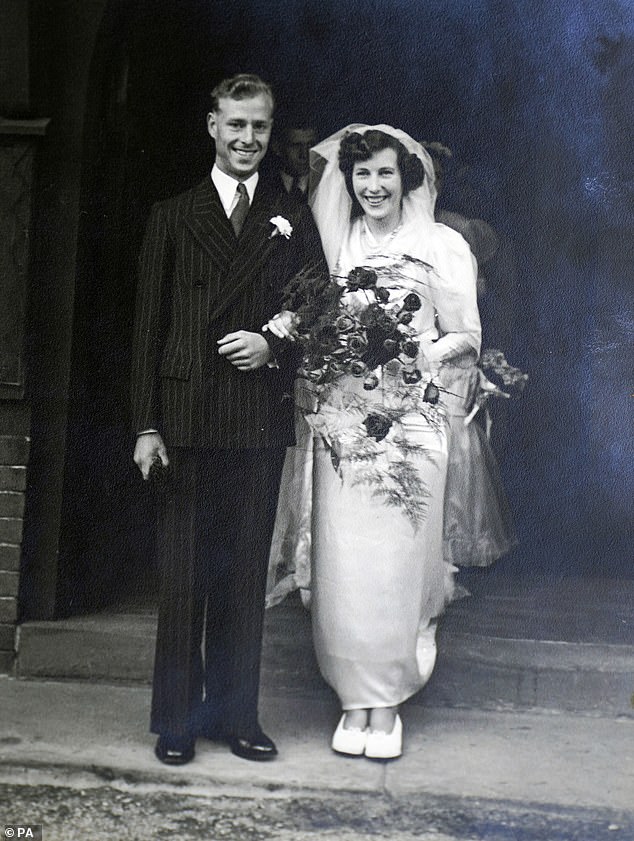 Fred and Monica, who married in 1950, were living separately in recent months because of the covid-19 pandemic. Pictured: The couple on their wedding day at Christ Church in Woking 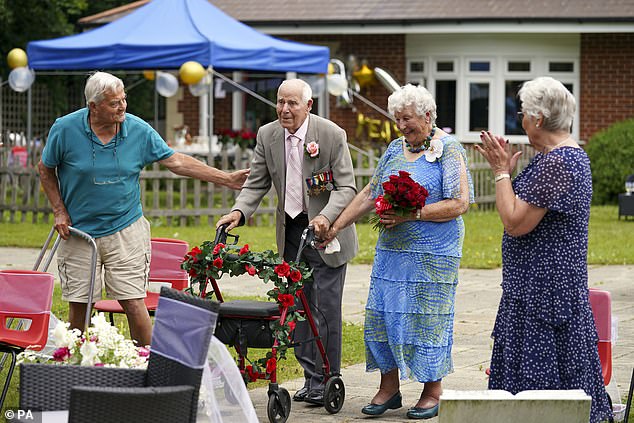 Fred, who was visibly emotional throughout the vow renewal, joked the secret to a long marriage is him ‘being in charge’. Pictured: The couple at the care home Fred went on to serve in the Navy in the Second World War, while Monica worked as a solicitor’s secretary. Pictured: Couple on their wedding day

Monica said: ‘It was lovely when I could see him again, I could give him a big hug. It’s a different world now and I think you have to go along with it, I’m sure this won’t last forever. We’ll soon all be back together again.’

The couple met in the late 1940s after cycling in opposite directions to each other on their lunch breaks. At the time, Monica was aged 16 and Fred was 21.

He asked her out when they both stopped under the Victoria Arch in Woking, one day during a rainstorm.

Fred served in the Navy in the Second World War, and when he returned home he worked as a nurseryman in his grandfather’s plant nursery, while Monica worked as a solicitor’s secretary. 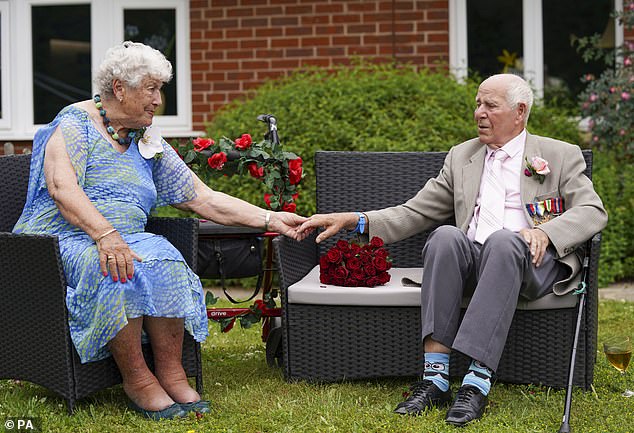 Monica admitted not being able to see each other because of the pandemic restrictions caused Fred distress. Pictured: Fred and Monica 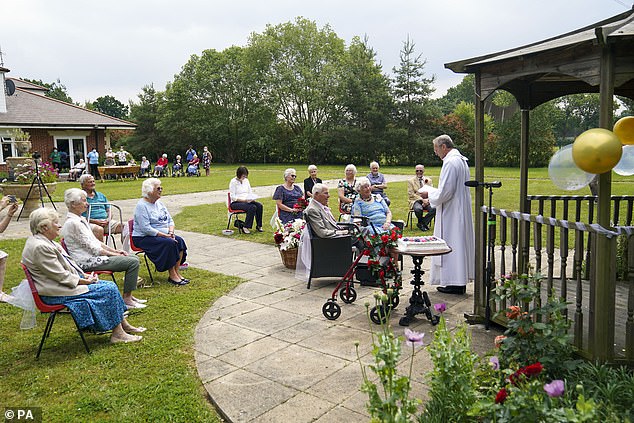 Monica said it was lovely to be reunited with Fred, as the couple are now able to see each other once a week. Pictured: Vow renewal 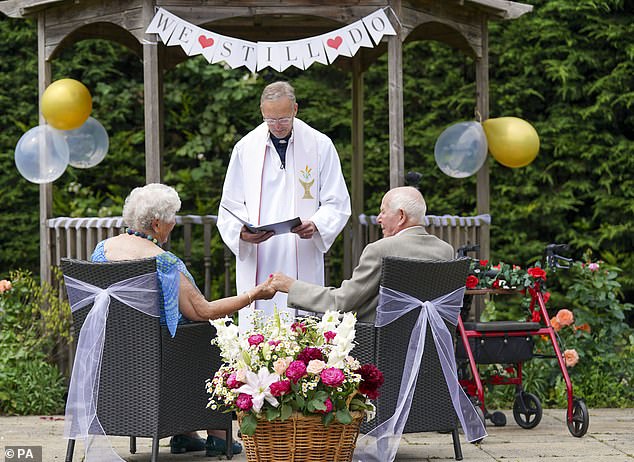 The couple’s only child Sarah Tarling, celebrated her 43rd anniversary with her husband on the same day. Pictured: The vow renewal

Still a keen gardener, Monica tends to a greenhouse at the care home, including growing the roses for her bouquet used at the renewal ceremony.

The couple said today’s ceremony, conducted in the care home’s garden by Reverend John McCabe from St Mary’s Church, Byfleet, was a ‘wonderful day that took us back’.

Fred who was visibly emotional throughout the day, later gave his wife a gift of homegrown flowers and a necklace with preserved roses inside. Monica was age just 16, when 21-year-old Fred asked her out during a rainstorm. Pictured: The couple celebrating their 71st wedding anniversary 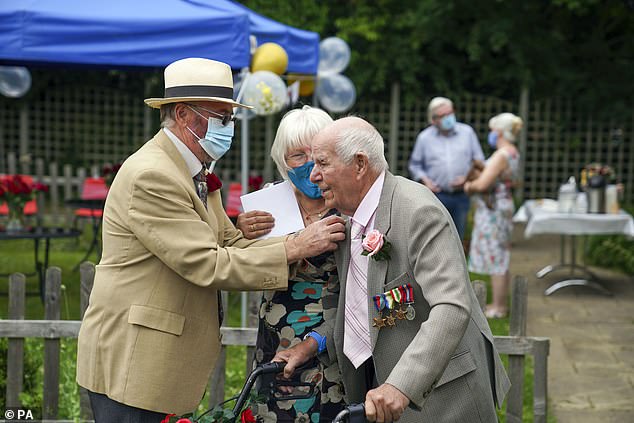 Fred and Monica were surrounded by their families at their wedding in Christ Church, Woking, in 1950. Pictured: Celebrating their anniversary

He joked about the secret to a long marriage, saying: ‘Probably me being in charge, you know where you’re going.’

Monica’s sister Sue North, who was a bridesmaid on the original day, said: ‘In this day and age, it really is a great achievement, and I think we’re so blessed that they’re both still here.’

Proud daughter Sarah, who celebrated her 43rd wedding anniversary on the same day, added: ‘Mum is the driving force, but dad often does what he wants, so I suspect it’s opposites – they attract and keep each other going.’

Morrisons Weybridge donated the cake and decorations as part of their Community Champion project. Monica, who is a keen gardener, grew her own bouquet for the renewal ceremony. Pictured: Fred and Monica celebrating their anniversary The couple, both in their nineties, (pictured) had a cake and decorations donated by Morrisons Weybridge