Eden Hazard is set to stay at Spanish giants Real Madrid after his manager confirmed he was in the club’s plans for next season.

The Belgian’s life in the Spanish capital has been far from easy since his move from Chelsea in 2019.

Hazard has been plagued by injury and has missed a total of 65 games in his three seasons at Madrid.

Rumours have often circulated that he is on the way out of Madrid with a move back to the Premier League often mooted.

Most recently, he was reported to have snubbed a move to Newcastle United who were preparing a £40 million move for the 14-15 Premier League Player of the Season.

But his fortunes at Madrid may be about to turn after he scored a 115th minute winner against Elche in the Copa del Rey. 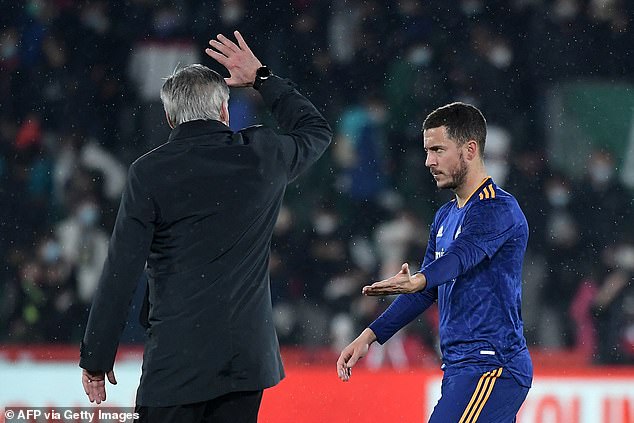 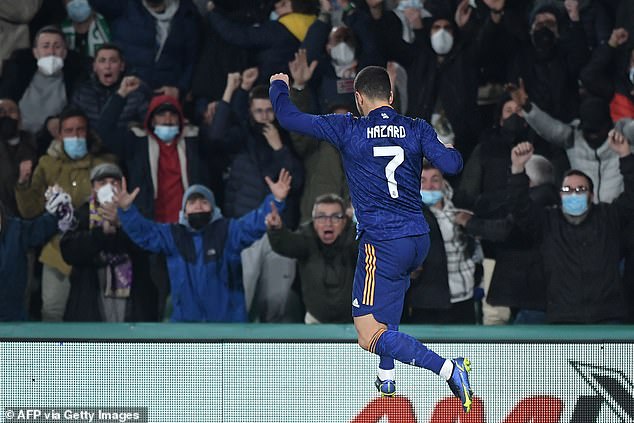 Fabrizio Romano reported on Saturday that Real Madrid boss Carlo Ancelotti had no plans to sell the Belgian.

‘Hazard is in our plans for the next season, I can confirm,’ Ancelotti said.

Hazard’s rumoured departure came as the club is anticipated to sign Kylian Mbappe on a free in the summer.

The PSG star has long been reported as only seeing Madrid as his next destination.

Mbappe’s arrival is likely to push Hazard further down the pecking order and he has made just 17 appearances in all competitions this season.